BORIS Johnson offered an olive branch to Nigel Farage as he ruled out extending the Brexit transition period beyond 2020.

The Tory leader's pledge came as he bigged-up his "Canada-style" deal with the EU in a video posted on Twitter on Sunday. 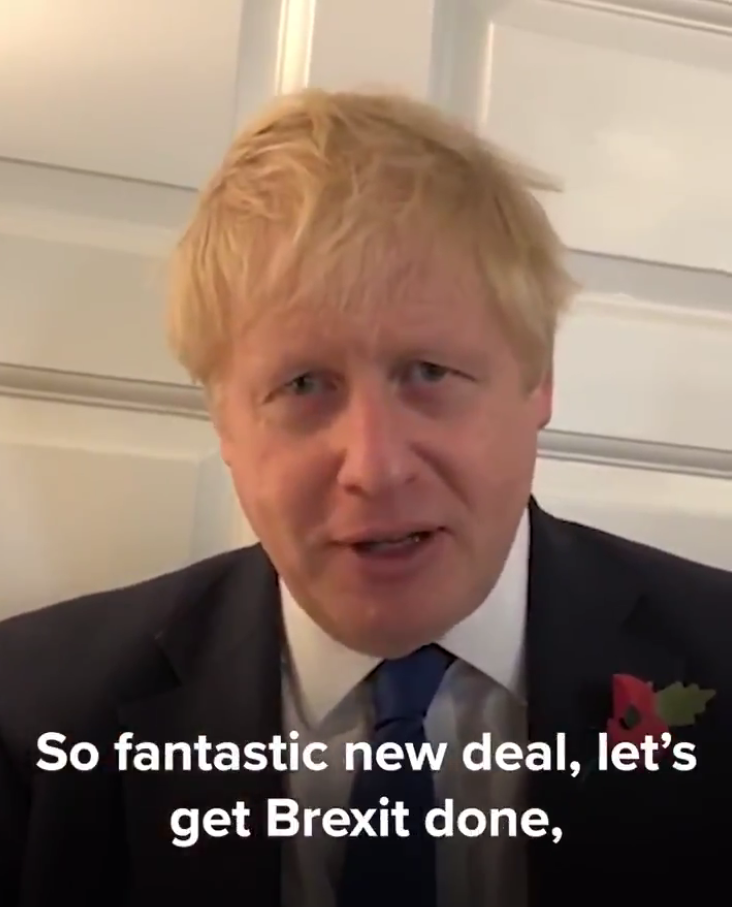 Mr Johnson also stressed his agreement would be free of any political alignment.

He said: "It's a fantastic deal, it means we can take back control of our money, our borders, our laws as soon as we come out of the EU.

"And of course it enables us to do a big free trade deal with our EU friends and partners.

"And I want to stress that will be a straight-forward free trade agreement not based on any kind of political alignment.

"Look at how quickly we got a new withdrawal agreement done. It took us less than three months.

"We can get a fantastic new free trade agreement with the EU by the end of 2020 and we will not extend the transition period beyond the end of 2020. There's absolutely no need to do that."

Mr Farage has said he will place Brexit Party candidates in 600 constituencies unless Mr Johnson agrees to go for the hardest possible withdrawal in the form of No Deal or a 'clean-break Brexit.'

However, it was earlier reported Mr Johnson is open to an election deal with the Brexit Party after Tory chiefs held secret last-minute talks with Farage’s team.

One of Mr Farage’s most-trusted allies is said to have met with Conservative “power brokers” to discuss pulling his candidates out of the race.

It was suggested that if the Euro-sceptic boss got the vast majority of his MP hopefuls to stand down, Mr Johnson would promise to go back and broker a harder Brexit deal with the EU, The Mail On Sunday reports. 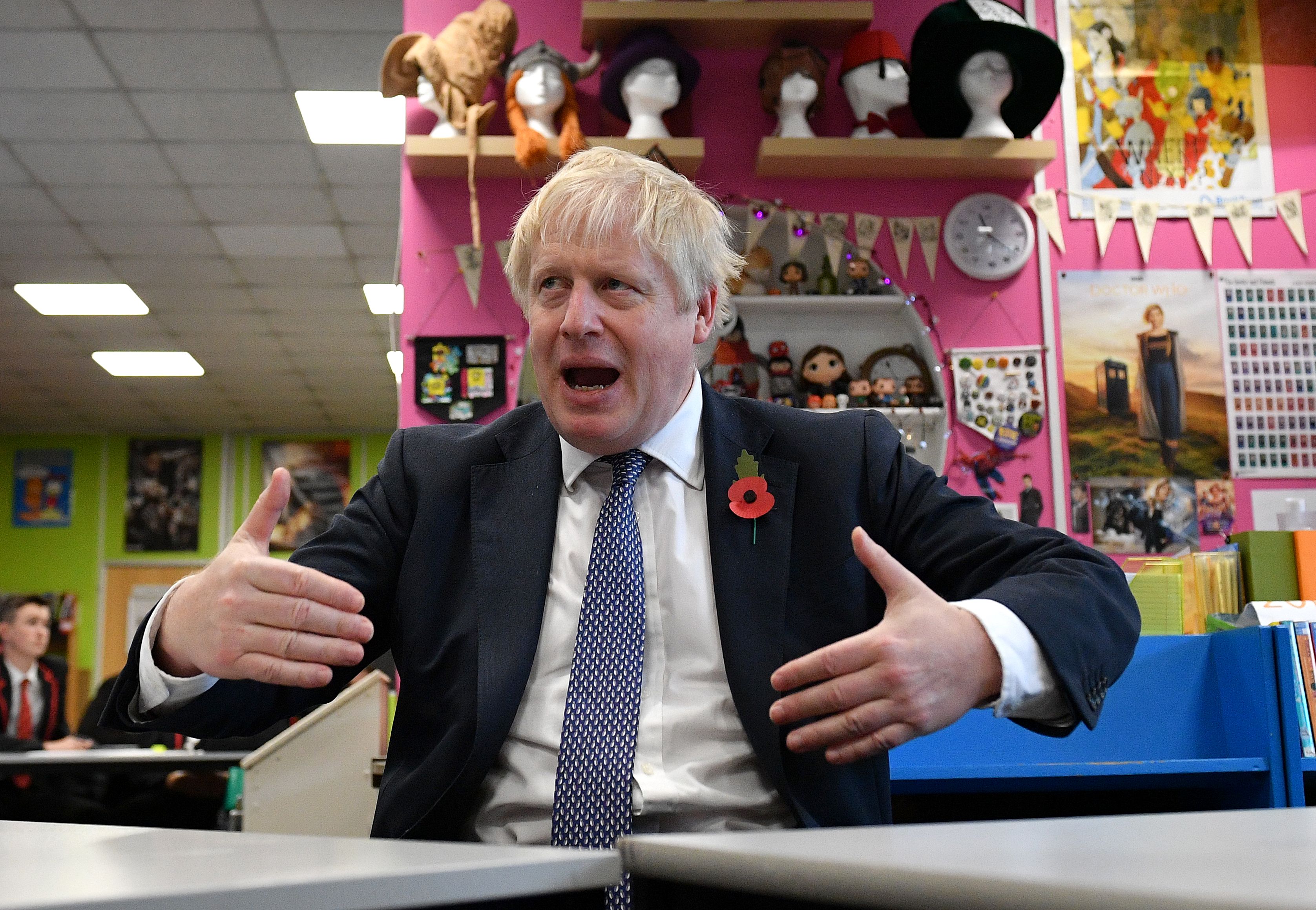 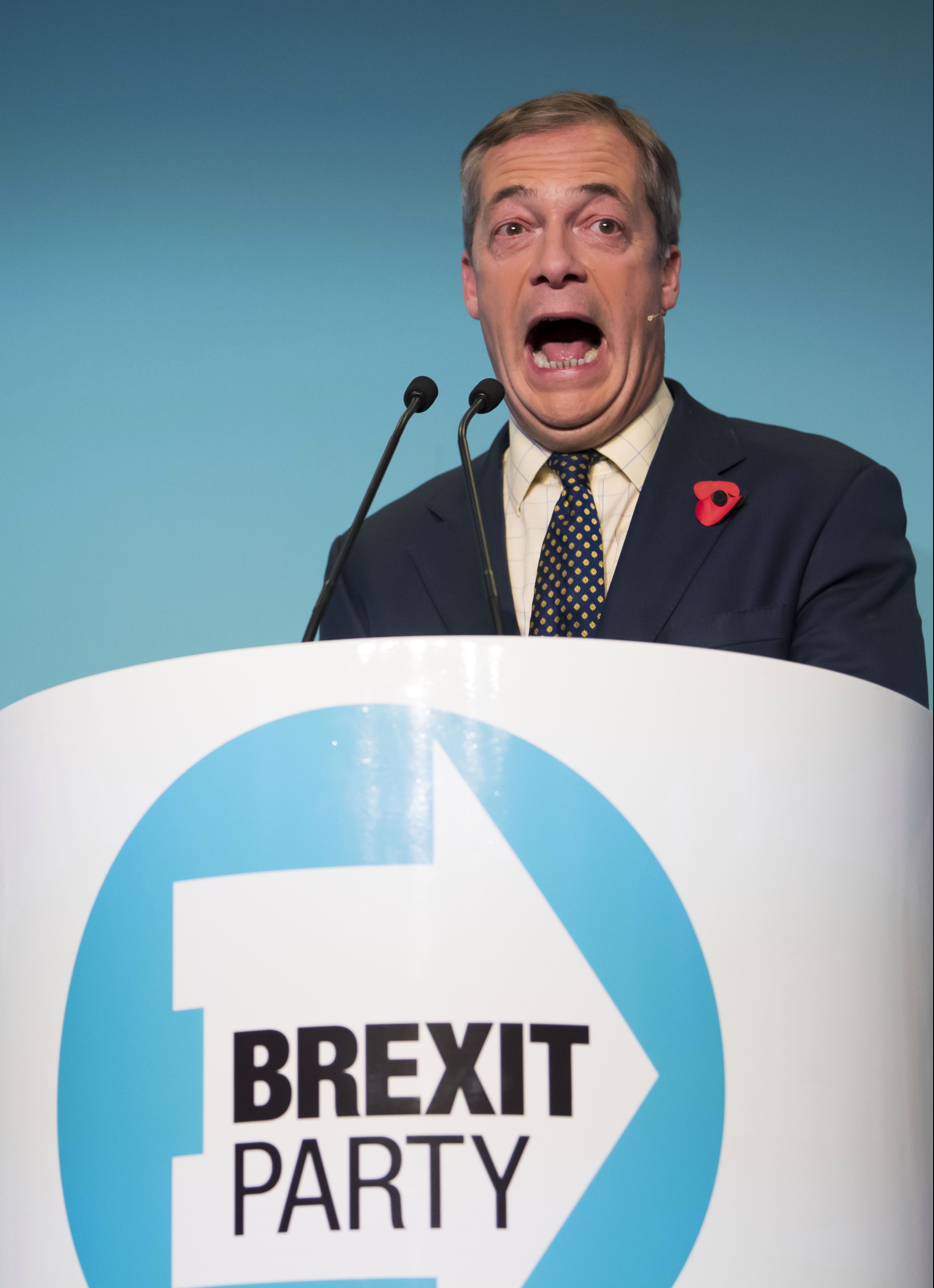 The move comes as Mr Farage comes under mounting pressure to give the Tories a clear run in Leave-voting seats.

If there is a hung Parliament, any seats won by Mr Farage's party in the December 12 poll could be crucial in delivering Mr Johnson a potential majority in the Commons.

Four of his candidates have quit the race and urged voters to back the PM instead.

Andrew Reid, former treasure of Mr Farage’s old party Ukip, reached out to Tory chiefs to see if they were open to a pact – with “heated” discussions following.

Under the proposals, believed to have been suggested by Mr Reid, Mr Farage would accept and back Boris’ Brexit deal.

However, he would demand the Political Declaration on our relations with Brussels after Brexit would be changed.

The PM would need to cut the transition period from 2022 to 2020 and ensure the UK would not be bound by EU regulations after that.

If these things were guaranteed in the deal, then Mr Farage would stand down his candidates.

While Mr Farage was not involved in the talks, he said the “clock was ticking down” if the Tories wanted to make a deal before the final deadline for candidate nominations this Thursday.

It is time for Nigel and his supporters to be realistic. If he ploughs ahead and refuses to stand down his party’s candidates then he will help Corbyn form the next Government.

The summit has been revealed by multi-millionaire Brexiteer Aaron Banks – once Mr Farage’s closest ally.

Mr Banks, who donated to Leave.eu, told the Mail: “A compromise has been proposed which would see Nigel ordering those of his candidates who simply cannot win to stand aside – but only on condition that various entirely realistic changes are made to the deal which Boris negotiated with Brussels”.

He added: “It is time for Nigel and his supporters to be realistic. If he ploughs ahead and refuses to stand down his party’s candidates – the ones who stand no chance at all of winning – then he will help Corbyn form the next Government.”

Mr Farage has been told that he risks Britain being led by a “shabby coalition of socialists, Lib Dems, Scottish and Welsh nationalists” if he contests seats the Tories are vying for.

Peter Udale, the party's nominee in the Cotswolds, urged voters to back the Conservatives instead.

He said: "I believe that by far the biggest threat that currently faces this country is a government led by Jeremy Corbyn.”

The former Brexit Party hopeful in the battleground seat of Workington, Philip Walling, has begged colleagues to copy his decision to withdraw.

Mr Walling told the Mail: “I plead with every other Brexit candidate to do what I have done: examine your conscience in the cold light of reason.

“And if you think you risk splitting the Tory vote, and so damaging the best chance of Brexit that Britain has got, then for God's sake – stand down.”