Boris Johnson is bracing for the Partygate report within days amid claims it could include photos of No10 bashes – and potentially result in the departure of the country’s top civil servant.

Sue Gray is expecting to deliver damning conclusions about lockdown breaches in Whitehall after Scotland Yard wrapped up their investigation last week.

Downing Street has indicated it will not resist the inclusion of potentially dozens of images from events that broke the rules, in the hope they can help convince the public that there were not ‘raves’ going on.

But there are claims Cabinet Secretary Simon Case is facing particularly heavy criticism from Ms Gray, even though he was not personally fined over the scandal.

Meanwhile, ministers have denied that Mr Johnson organised talks with Ms Gray about her investigation, insisting that there was only a ‘procedural’ discussion that she ‘instigated’.

The report is being finalised after the conclusion of the separate inquiry by the Metropolitan Police, which saw 83 people handed at least one fixed penalty notice each in relation to eight separate dates. 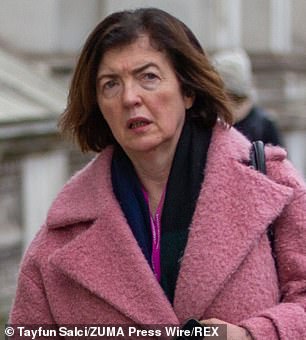 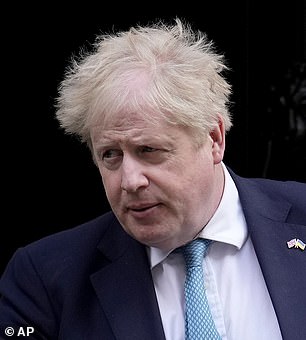 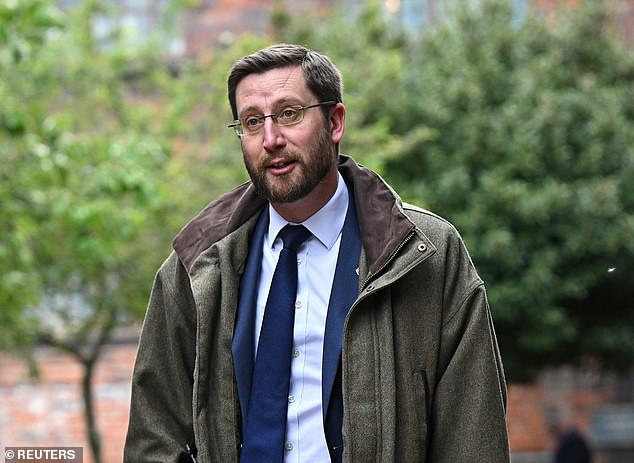 There are claims Cabinet Secretary Simon Case is facing particularly heavy criticism from Ms Gray, even though he was not personally fined over the scandal

Mr Johnson received just one fine, for his 56th birthday gathering in June 2020 when indoor mixing was banned – the same event that saw both his wife Carrie and Chancellor Rishi Sunak given penalties.

Downing Street breathed a sigh of relief last week after police confirmed they would not be getting any further punishments.

However, there have been reports Mr Case will come in for ‘stinging criticism’ in the Gray report.

‘As the head of the civil service, the ultimate responsibility was his,’ one source told the Telegraph.

Meanwhile, there is a row about a meeting between Mr Johnson and Ms Gray, which took place several weeks ago.

Labour said claims the PM had demanded the session with Ms Gray raised questions about the independence of the report. Deputy leader Angela Rayner accused him of ‘interfering’ with her report.

But Treasury minister Simon Clarke said in a round of interviews this morning: ‘It is my understanding that the meeting was instigated by Ms Gray.’

He continued: ‘There are lots of practical questions here that need to be bottomed out in terms of, for example, who can be named in this report and the extent to which photographic evidence can be included. It is important that those practical dimensions are resolved.’

He added: ‘I think the one thing I would say about Sue Gray, and I have never met her but I have heard a great deal about her, is that by repute she is one of the most fiercely independent and professional civil servants in the whole of Government and brings a vast range of experience to bear, so I don’t think there is any politics.’

He said: ‘In no way do I think there is anything other than a practical dimension to the question of when it comes out, now that the police have concluded their investigation.’

Mr Clarke also confirmed that there is consideration of whether photos should be included in the report.

‘It’s obviously a very complicated one in terms of what can or cannot be said about, for example, naming, for example, junior civil servants, inclusion of questions, like photos, these are things which need to be bottomed out as a technical issue before publication, and rightly so because there are very considerable legal and personal sensitivities to that information potentially being disclosed,’ he said.

‘And it’s that which, as I understand it lies at the heart of the remaining discussions before publication. 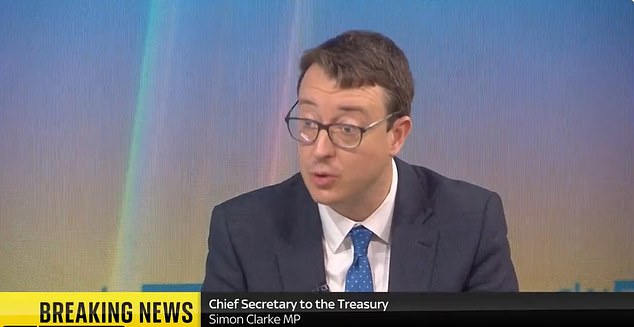 Treasury minister Simon Clarke said in a round of interviews this morning: ‘It is my understanding that the meeting was instigated by Ms Gray.’

Meanwhile, Tory MP Laura Farris suggested she may resign as a ministerial aide at the Foreign Office in order to continue in her role on the Commons Privileges Committee, which is set to investigate whether the PM intentionally misled Parliament over partygate.

Ms Farris, who is currently both a parliamentary private secretary (PPS) and a member of the committee, told BBC Radio 4’s Westminster Hour programme the two roles were ‘incompatible’ in the circumstances, and ‘that has to be resolved this week’.

‘One or other will go. If I am to remain on the committee, I will resign as a PPS so that there isn’t that conflict,’ she said.

Asked which option she was leaning towards, she said she thought it would be ‘the right thing to do’ to stay on the committee.

The committee’s chairman, Labour MP Chris Bryant, previously recused himself from the parliamentary investigation, having made his views on Mr Johnson’s conduct plain in the media.