Bingo addict who murdered her uncle, 80, for just £300 after she lost £20,000 online admitted the killing in a video selfie on her mobile phone, documentary reveals

A bingo addict who murdered her elderly uncle to feed her habit admitted to the killing in a video selfie on his mobile phone, a new documentary has revealed.

Terrified he would go to the police however, she strangled the pensioner before stabbing him in the neck with a knife.

She made off with just £300 and was later seen on CCTV in Lowestoft spending some of the cash on slot machines in an amusement arcade. 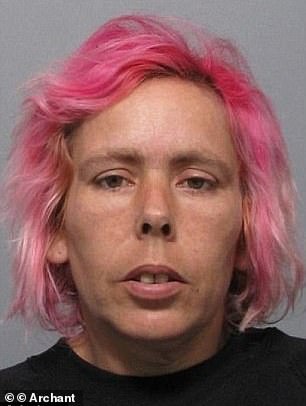 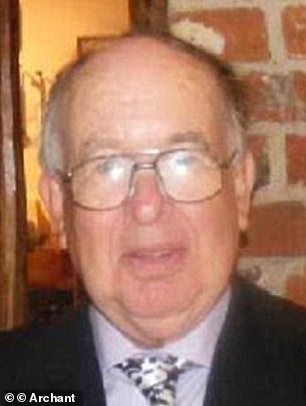 Susan Warne, 41, (left) attacked John Proctor, 80, (right) at his home in Leiston, Suffolk on June 13, 2015 pushing him down the stairs so she could rob him. Terrified he would go to the police however, she strangled the pensioner before stabbing him in the neck with a knife

Despite damning evidence against her, including a suicide note in which she appeared to admit to the murder, Warne continued to deny her crime for days.

But then police made a discovery that was to become the tipping point in the case, a video selfie in which Warne appeared to apologise for the crime.

She is reported to have said: ‘I’m sorry, I didn’t mean for it to happen’.

Detective Kevin Heywood, the case’s lead investigator, said: ‘When we took possession of Susan’s mobile phone, there was a sort of video log on that mobile phone that we managed to extract, which again gave us a little bit more detail.’

During Warne’s Police interview, the guilt she felt for her crime became too much to bear.

‘As we put that content of that video diary to Susan in interview and put the question to her of was she responsible for Mr Proctor’s death, she broke down, put her head in her hands, and said “yes, I can’t take it anymore I need to tell the truth,”‘ Detective Heywood said.

Warne pleaded guilty to murder, and was sentenced to life in prison, ordered to serve a minimum of 20 years.

Up until murdering her uncle, she had lived an ordinary life.

But Warne’s life began to crumble when she was forced to give up her business due to injury. 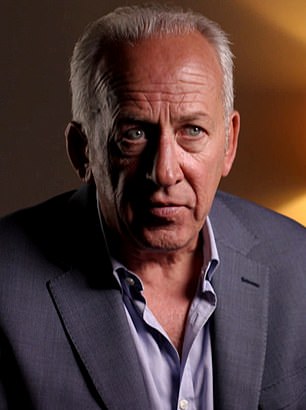 Despite damning evidence against her, including a suicide note in which she appeared to admit to the murder, Warne continued to deny her crime for days. But then police made a discovery that was to become the tipping point in the case, a video selfie in which Warne appeared to apologise for the crime (left, in a reconstruction for the documentary) 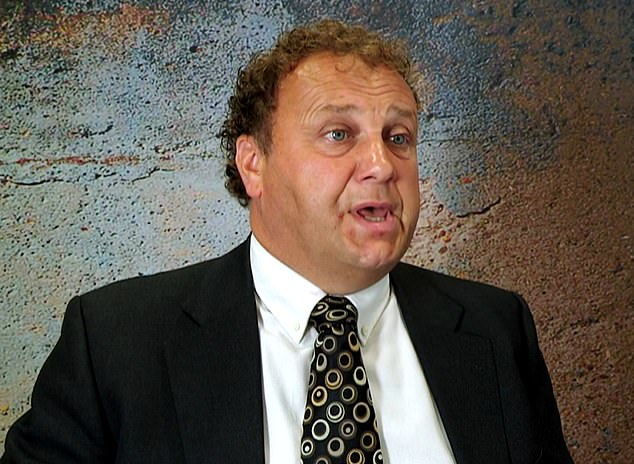 ‘There would have been a huge loss of identity, loss of self-esteem,’ Gambling Therapist Liz Karter says in the documentary.

‘And, I would expect, a loss of a way of staying mentally and emotionally healthy.’

Struggling with the change, Warne began gambling. But what seemed like an innocent pastime at first quickly spiralled out of control.

As Detective Kevin Heywood, the case’s lead investigator, notes, ‘Susan probably started gambling online and became more and more ingrained in that behaviour, gambling more and more money. Of course, the bigger the debt, the bigger you gamble.’

With her debts mounting up, Warne’s situation was dire.

Looking to fund her addiction, she began stealing and, as she became more desperate, her behaviour quickly turned violent.

‘Susan had tried to mug this lady, and this was only three days before John Proctor’s death.’

But the attack was only the start of Warne’s increasingly frantic and violent behaviour, as she turned to her uncle John Proctor for help.

On the day of the murder, pink-haired Warne lied to her uncle by telling him that her husband had thrown her out and she needed somewhere to stay.

The kindly pensioner agreed that she could move into his home. After he showed her a bedroom she could use, she shoved him down the stairs, leaving him with bruises and a fractured arm.

Warne who worked as a cleaner at a Tesco store then strangled him, using a curtain cord as a ligature.

She finished off her attack by stabbing him twice in the throat with a kitchen knife, leaving it embedded in his neck on June 13. 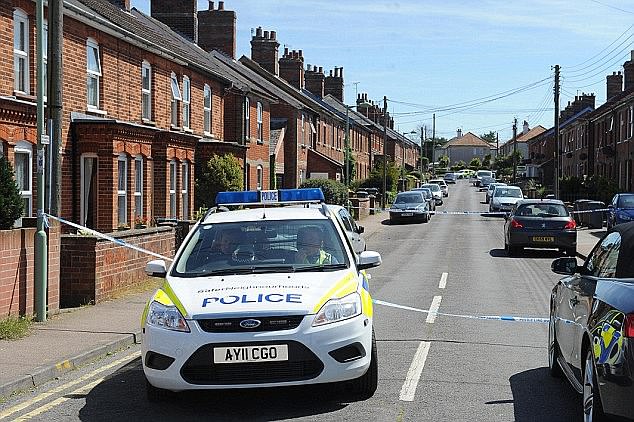 The scene outside Mr Proctor’s house after his brutal murder at the hands of Warne. The case is the subject of a new documentary series, The Lady Killers

The court was told how Warne stole around £300 which he had in his wallet and left him dead on the floor, said Mr Jackson.

Just hours after savagely killing her uncle, Warne deposited £300 into her bank account and went gambling at a nearby amusement arcade.

After Mr Proctor was found dead, Warne was allowed to go home from work and she took an overdose of pills and wrote a note for her husband saying she was going to take her own life.

Mr Jackson said Warne was arrested after a passer-by found her unconscious in a field around 400 yards from her home.

At first she denied killing her uncle when interviewed by police, but made an admission after detectives pressed her about the contents of her note – and as it has now emerged, her video selfie.

As Detective Heywood reveals, John’s injuries were catastrophic, many of which would usually be associated with the force of a man.

‘He was found to have broken some bones, probably as the result of a heavy fall down the stairs,’ Detective Heywood said.

‘There were stab wounds to his neck that severed the carotid artery and there were signs of strangulation.’

Her case is the subject of a new documentary series, The Lady Killers, in which detectives who led the investigation open up about the killing.

The Lady Killers premieres at 10pm on Quest Red this evening.