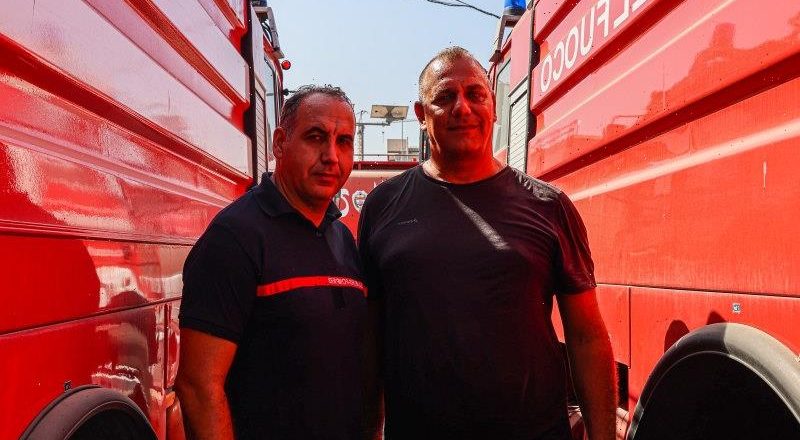 Beirut: The first call for help came on August 4, 2020 at 5.54pm. By 6.07pm, the nine firefighters and one ambulance driver dispatched to a blaze at Beirut’s port were dead.

“We know we will be exposed to dangerous things,” says their colleague, lieutenant Michel el-Murr. “You can go to a house fire and there may be an explosion of gas – that is normal.

“But 2700 tonnes of ammonium nitrate? Nobody expected this. Nobody even told us it was there.” 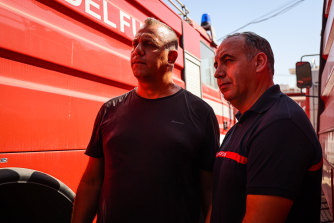 Thirteen months on from the deadly explosion, Murr and the people of Lebanon are still in the dark over who’s to blame for one of the largest non-nuclear blasts in history.

At least 218 people were killed, 7000 injured and 300,000 left homeless when a poorly ventilated warehouse packed with ammonium nitrate caught fire and exploded. The disaster shocked the world but international attention soon subsided and Lebanon was left to deal with the fallout as well as a major economic crisis. 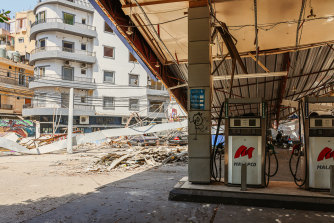 A petrol station destroyed in the August 4 explosion still lies in ruins.Credit:Carmen Yahchouchi

Many nearby buildings are still shattered and the damaged grain silos which absorbed the full force of the explosion still stand as a constant reminder of that dark August day. A cargo ship lifted out of the water by the shockwave is rusting away on the concrete dock where it landed. 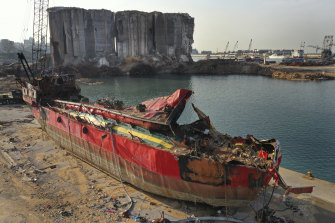 Of the 10 first responders who died, three were members of the same family. Another, Sahar Fares, was a bride-to-be. Murr found her body and that of another firefighter in the rubble but “after that, we could only just find pieces”.

Murr says the best way to honour their memory is to uncover the truth. “The right truth too – not just a version of the truth, a convenient white lie. At the moment we don’t have any answers to our questions and this is what makes us suffer.”

However, the judge tasked with finding those answers is operating with one hand tied behind his back.

Lebanon’s constitution states no member of Parliament can be prosecuted or arrested during the current session for committing a crime, unless authorised by the Parliament or the person is “caught in the act”.

Documents uncovered by investigative journalists and human rights activists show officials made and received repeated warnings about the risks of storing ammonium nitrate in the warehouse for six years but did nothing about the problem. 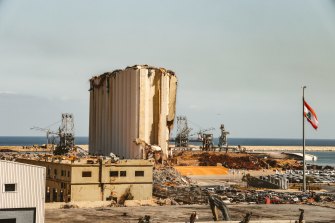 Human Rights Watch says correspondence “strongly suggests” some government officials foresaw and tacitly accepted the risks of death posed by the stockpile, which could amount under domestic law to homicide with probable intent and/or unintentional homicide.

“Those responsible must be condemned to death,” Murr argues.

While Judge Bitar is considered a good operator, families of the victims do not believe the Lebanese system will ever allow an investigation to get anywhere near those responsible for the disaster and instead want a United Nations-led probe. 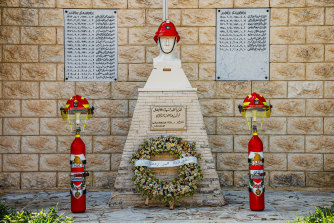 A firefighting brigade’s monument to honour the victims of the Beirut port blast.Credit:Carmen Yahchouchy

“The explosion is just a manifestation of deep corruption, negligence and lack of accountability, and the people of Lebanon can’t be guaranteed something like this won’t happen again,” says Australian Sarah Copland, whose two-year-old son Isaac Oehlers was the youngest victim of the explosion.

“After the explosion a German company went into the port as part of the clean-up and found more chemicals that were improperly stored. They said the amount that was there could have caused an explosion even bigger than last year’s one.”

Copland is yet to receive a response from the Australian government about whether it would support a UN probe.

“At first, when this all happened I remember turning to my husband [Craig Oehlers] and saying, ‘there is no point even thinking about justice because in a system like the one in Lebanon, it’s never going to happen’,” Copland recalls.

“Maybe I was initially right and it’s never going to happen but if we don’t even try, then it’s just saying what happened to Isaac and all the other people that day is OK.

“What happened to Isaac should have never happened. He was sitting at home, having dinner and singing nursery rhymes [when the explosion occurred] and it’s beyond comprehension that this happened to him.

“I can’t just let that slide.”