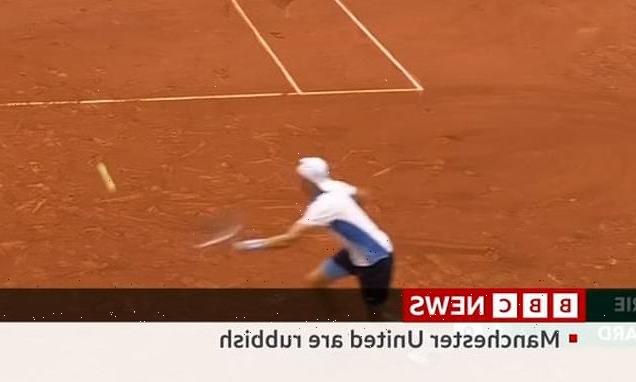 The BBC has apologised after the ticker on its news channel informed viewers ‘Manchester United are rubbish’ and there is ‘weather rain everywhere’ this morning.

People watching the BBC News channel at around 9.35am could be forgiven for thinking they were misreading the scrolling news banner at the bottom of the screen.

But two hours later a red-faced presenter was forced to apologise and blamed the words on a trainee who was being taught how to use the ticker.

Despite the potential for causing upset, delighted social media users praised the BBC for being ‘fair and accurate’ in its representation of Manchester United.

The words appeared on the screen at 9.35am while during this morning’s sports bulletin. 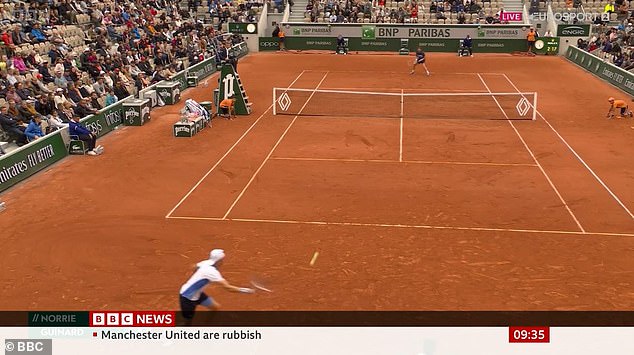 The words ‘Manchester United are rubbish’ flashed up on the BBC News ticker at 9.35am this morning 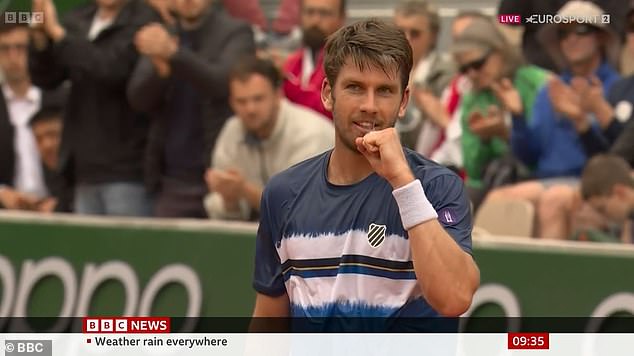 These were followed by the words ‘Weather rain everywhere’, prompting confusion on social media

While reports from the tennis action at the French Open were being shown on the screen, the words ‘Manchester United are rubbish’ appeared at the bottom of the screen.

This was quickly followed by the phrase ‘Weather rain everywhere’, leading to confusion among keen-eyed viewers.

The club has had a poor season by its high standards, finishing sixth in the Premier League, with a goal difference of zero and closer on points to the relegation zone than to rivals Manchester City, who won the title.

Just over two hours later BBC News presenter Annita Mcveigh apologised for the error and any offence it may have caused among supporters of Manchester United. 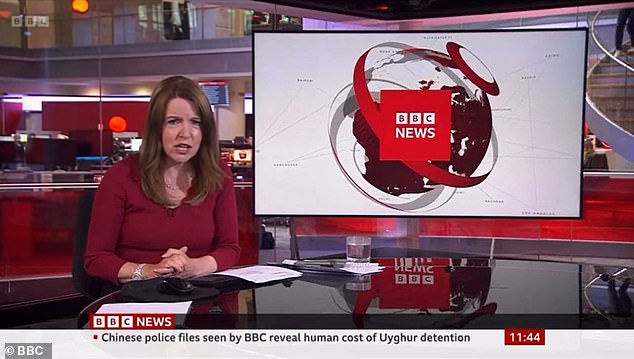 ‘Just while we are on the subject of football a little earlier some of you may have noticed something pretty unusual on the ticker that runs along the bottom of the screen with news making a comment about Manchester United and I hope that Manchester United fans weren’t offended by it.

‘Let me just explain what was happening – behind the scenes someone was training to learn how to use the ticker and to put text on the ticker so they were just writing random things, not in earnest, and that comment appeared.

‘So apologies if you saw that and you were offended and you’re a fan of Manchester United, but certainly that was a mistake and it wasn’t meant to appear on the screen.

‘So that was what happened, we just thought we’d better explain that to you.’

A BBC statement to the PA news agency added: ‘There was a technical glitch during training with our test ticker, which rolled over to live programming for a few seconds.

‘We apologised for any offence caused on air.’

Many people on social media were left bemused by the apology, with most instead joking that the BBC was simply reporting the truth about the football club and no apology was needed. 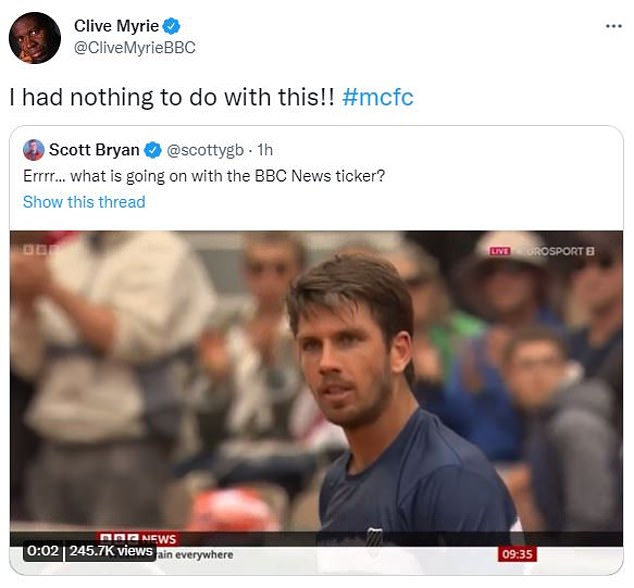 Sophie Hall wrote she was ‘glad someone put Roy Keane in charge of the BBC News ticker’, a reference to the former Manchester United player who has heavily criticised the club for its performance this year.

BBC presenter Clive Myrie, who is an outspoken Manchester City fan, joked: ‘I had nothing to do with this!!’

Sarah Noble added: ‘The only thing wrong is that it’s not news; everyone already knows that United are rubbish.’

Even Manchester United fans agreed the club is rubbish and took to Twitter to voice their views. 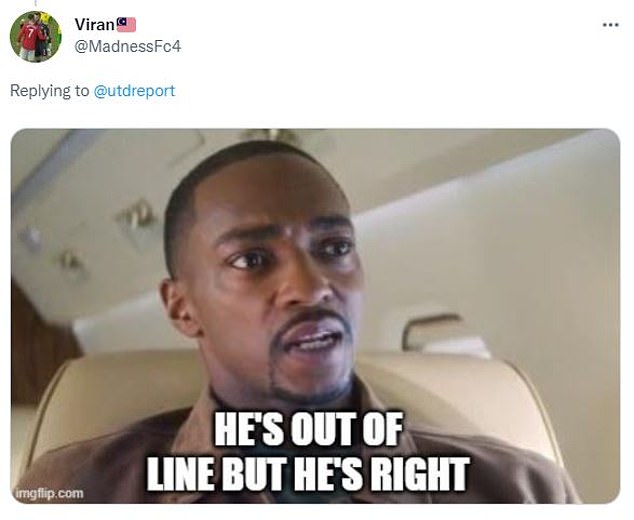 Even Manchester United fans agreed with the BBC News ticker, proclaiming it was ‘not a lie at all’

@UtdYam1 wrote: ‘not a lie at all tbf, most honest thing to ever be reported by BBC’.

@discokidnap added: ‘Don’t see what the issue was with that ticker tbh. Completely fulfils the BBC’s remit to inform, educate and entertain.’

Quoting Disney+ show The Falcon and the Winter Soldier, @MadnessFc4 wrote: ‘He’s out of line but he’s right’.

The club has had a poor season by its high standards, finishing sixth in the Premier League, with a goal difference of zero and closer on points to the relegation zone than to rivals Manchester City, who won the title.