London: Australian Kirsty Boden, the off-duty nurse who was ferociously stabbed while trying to help another victim of the London Bridge attacks, died in the arms of her two friends and another off-duty medical professional. 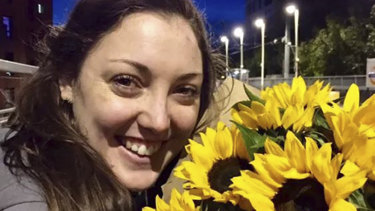 Ms Boden and Mr Piegard were among eight murdered when Butt, Rachid Redouane and Youssef Zaghba used a van to run down dozens of people on London Bridge and stabbed dozens more with ceramic kitchen knives in the nearby Borough Market area on the night of June 3, 2017.

Australian Sara Zelenak was also among the dead.

A witness statement from Ms Boden's friend Melanie Schroeder described how she and the nurse and another friend had snagged the last table at the Boro Bistro and were eating dinner when the attackers' van hit the concrete railing above the restaurant, sending debris tumbling onto the tables below.

"Kirsty jumped up and said 'I'm a nurse. I have to go and help. I need to see if they need help'," said Ms Schroeder's statement, which was read at the inquest at the Old Bailey on Friday. 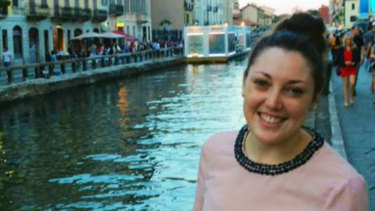 Video footage showed people frantically scrambling to get inside the restaurant with furniture being flung around.

In video filmed on a witness' phone, Butt is seen striding towards Ms Boden, who is crouching over the wounded Mr Pigeard, before he powerfully swings his knife into her.

Redouane and Zaghba then thrust their knives into the Australian before running on.

The attack lasts no more than a few seconds.

As the clip was played to the court Ms Boden's father Ken Boden watched in anguish, while her partner James Hodder stared blankly into space.

"Her eyes were moving wildly," he told the inquest.

"She had difficulties breathing. I was talking to her and then her eyes stopped moving. 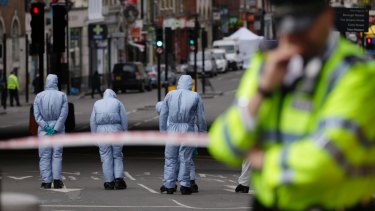 Two Australians died in the London Bridge attack in 2017.Credit:AP

Mr Colou was urged by his own friend to run for his life and fled, thinking Ms Boden was dead.

Her two friends found her soon after and were joined by off-duty doctor Saira Khan.

Ms Boden had a stab wound in her left arm and the tip of Butt's knife was lodged in the back of the Australian's skull.

Dr Khan thought Ms Boden was either "dead or near death" but began to perform CPR, along with the nurse's friends and another man.

"It was awful, her mouth was frothing," Ms Schroeder's statement said.

After at least 10 cycles of CPR Dr Khan judged Ms Boden dead but the Australian's friend asked to continue.

"I remember her asking if we could just carry on, so that's what we did," the GP said.

Dr Khan said they continued CPR "for a cycle or two" before they were told to leave the area by armed police.

Ms Boden's friends took the nurse's watch, a gift from her partner Mr Hodder, while the GP was taken to treat another man, who had been stabbed in the neck.

Mr Thomas and Ms Archibold were hit by the van with the others all stabbed to death.

Another 48 people were seriously wounded, and all three attackers were shot dead by police at the scene.