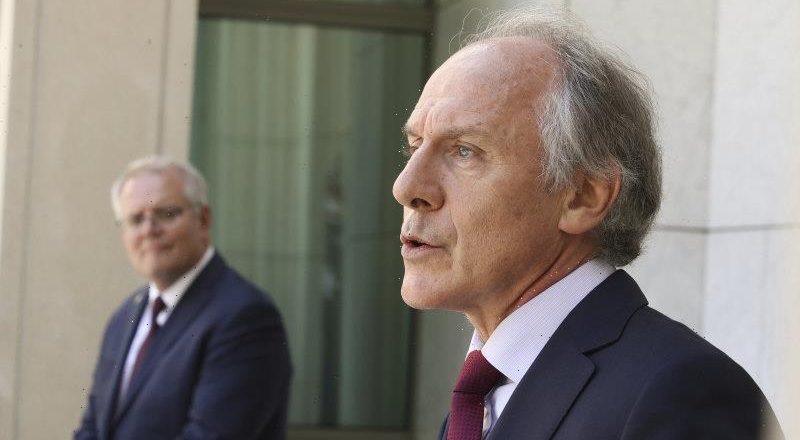 Australia is on the brink of signing a clean energy agreement with South Korea that would allow for the use of hydrogen to make steel and transform the iron ore export industry.

The deal would give the Morrison government a boost ahead of the Glasgow climate change talks in November where it is facing international scrutiny over its climate ambitions and refusal to commit to net-zero by 2050. 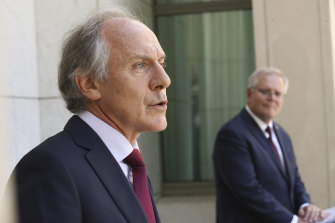 “We are currently deep into discussions, which is led through my office with the Korean government, to finalise a bilateral partnership in low-emissions technologies,” the former chief scientist said at the Australia-Korea Business Council meeting.

Iron ore, Australia’s largest export, is worth more than $100 billion a year. But Australian Bureau of Statistics figures show the extraction, production and transport of minerals across the mining sector account for 15 per cent of the nation’s greenhouse gases.

Hydrogen is seen as the key to providing the high levels of baseload power needed in industrial production and transport without using fossil fuels. 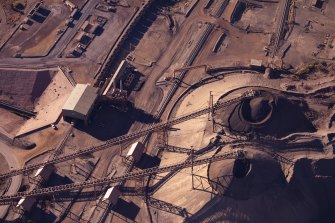 There are three methods to extract hydrogen. One is electrolysis that uses electricity to “split” water, which can be powered by renewables like solar power in an emissions-free process and is known as green hydrogen.

Thermochemical reactions drive the other two methods. One uses gas and the other uses coal or gas, and for either to be a clean energy source they require carbon capture and storage to stop the emissions from the fossil fuels entering the atmosphere. These are known as blue hydrogen and are opposed by the Greens and environmental groups because they still require fossil fuels to produce the hydrogen.

Liquified natural gas is a key fossil fuel for the production of steel out of iron ore. Finkel said to produce enough green hydrogen to replace it would require solar power to produce eight times the national level of annual electricity generation. The electrolysis process would also need to produce a further 1 million megawatts. Last year, only 200 megawatts were produced via electrolysis across the world.

“So, the scale is just immense,” said Finkel. “But that’s a fantastic opportunity to seek opportunity for partners such as Korea to invest in Australia to help us to build this industry.”

“That land is an advantage for us to build on,” he said referring to solar power. “This is a difficult transition we’re going through. It’s not driven by the ordinary market dynamics where somebody comes up with a cheaper product and pushes out another one.” 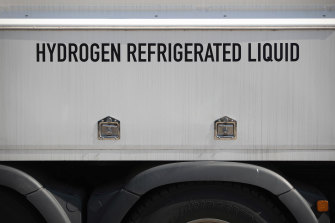 A tanker truck, operated by Linde AG, at a railway refuelling station in Salzgitter, Germany.Credit:Bloomberg

The Coalition has preferred pursuing bilateral energy deals over international forums where it has been criticised for its climate change record.

Prime Minister Scott Morrison spoke to new Japanese leader Fumio Kishida on Tuesday. A readout of the call said the pair were “keen to strengthen the economic partnership, including on secure supply chains and clean energy technology such as hydrogen”.

Energy Minister Angus Taylor said in the lead up to Glasgow the collective focus must be on driving down the costs of new and emerging technologies to parity with existing alternatives.

“No country can do this alone,” he said. “That is why Australia is establishing partnerships with countries like Korea, Japan, Germany, the UK and Singapore on low emissions solutions.”

The deal with South Korea could also help Australia land a competitive advantage against other iron ore exporting economies in South America and Africa which are set to ramp up their exports in the next decade in key markets including China.

South Korea, along with Japan and all of Australia’s major trading partners, has committed to net-zero emissions by 2050 or 2060. South Korean ambassador Jeong-Sik Kam said climate change has become one of the “most serious and pressing challenges of our time”.

“Countries around the world are scrambling to find the optimal position where they can better protect the environment, and at the same time, keep the economy growing,” he said.

Thomas Rudgley, an economist at Oxford Economics, said an important impending structural change for the Australian economy is the transition to a lower carbon emission economy.

“A sustained period of policy inaction has left Australia as a relative laggard among advanced economies in adopting lower net emissions targets,” he said.