An attacker broke into the Qatar Embassy in Paris and killed a security guard in the early hours of Monday morning.

The 40-year-old suspect was arrested by police officers after breaking into the embassy, located by the Arc de Triomphe, just before 8am on Monday.

‘A man forced his way in and was challenged by the guard,’ said an investigating source. ‘A fight broke out, and the guard was severely wounded’.

The security guard was pronounced dead at the scene and the 40-year-old attacker was immediately arrested by police who were called to the scene.

The attacker, who has not been identified, was known for minor domestic crimes, but had no links with terrorism, said the source. 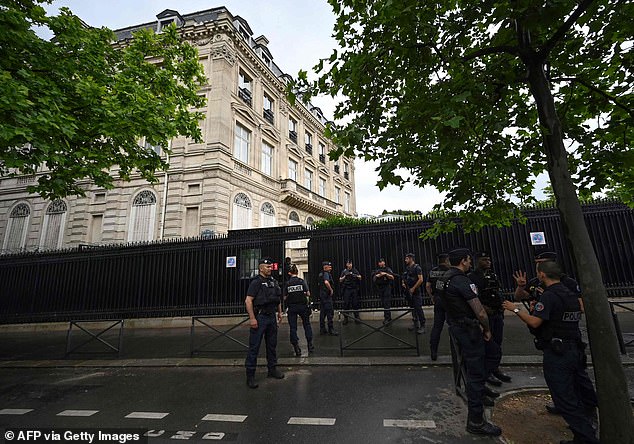 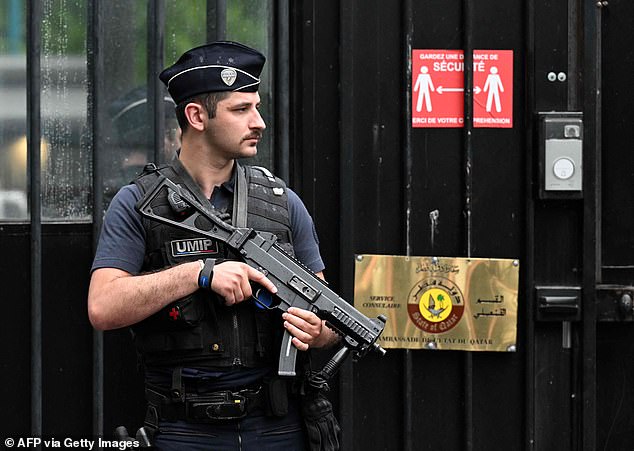 The Paris prosecutor’s office confirmed that an enquiry had been launched into an alleged murder at the usually highly secure embassy.

‘I can confirm that an investigation was opened today on the count of murder,’ the prosecutor’s office said, adding that it was not clear yet if a weapon had been used.

‘The circumstances of the death of the guard are yet to be determined precisely.’

Qatar, which is one of the richest countries in the world, has numerous interests in the French capital.

It owns Paris St Germain football club, and has stakes in media, construction and related companies.

The massive wealth of the highly influential Arab country has sometimes made it a target for radical Islamist groups who resent its support of western allies such as France and the USA. 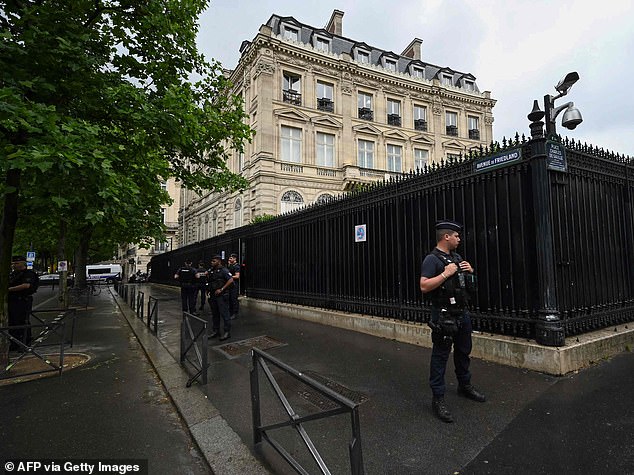 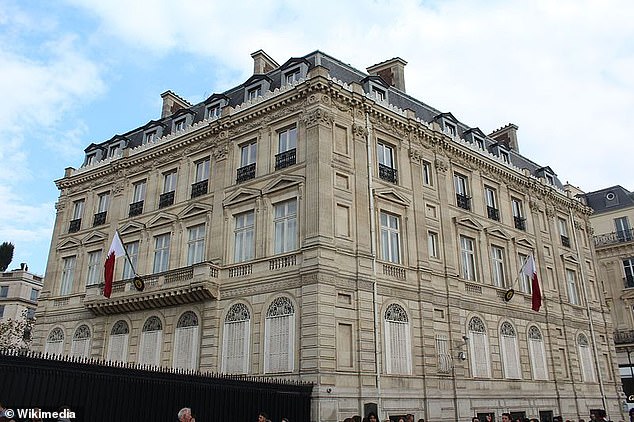 A security guard has been killed at the Qatar Embassy in Paris on Monday morning, the city’s prosecution office said (file image of the embassy

Today’s incident at its Embassy follows a series of bomb, gun and knife attacks carried out by Islamic State and al-Qaeda operatives in France, dating back to early 2015

The deadliest single terrorist attack ever in the country came in November 2015 when 130 people were killed in Paris.

Earlier in the year, two Paris-born gunmen linked to Al-Qaeda broke into the offices of the Charlie Hebdo satirical magazine, leaving 17 people dead inside and three outside.

In July 2016, 86 people were called and more than 400 injured when a 19-tonne truck was deliberately driven into crowds on the seafront promenade at Nice, which is just 20 miles from Cannes.

The terrorist turned out to be a Tunisian immigrant who was shot dead by police.

During the same month, two Isis terrorists murdered an 86-year-old Catholic priest during a church service in Normandy.

And in October last year, three people were stabbed to death by a Tunisian immigrant in the Notre Dame basilica in Nice.

There have also been frequent knife attacks on the forces of law and order, leading to the deaths of serving police.