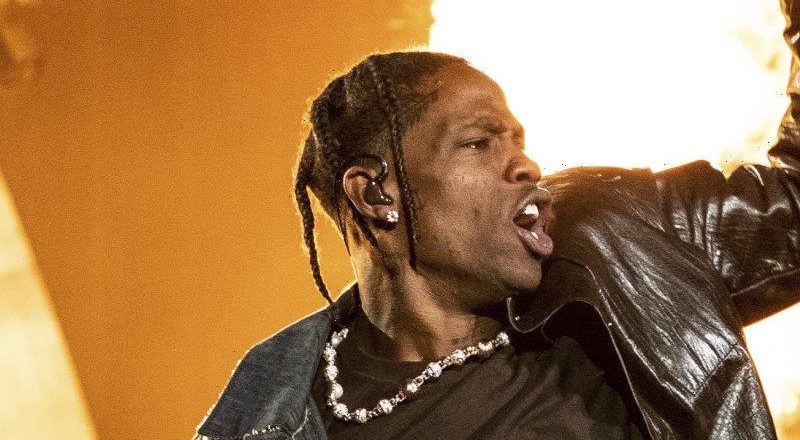 Houston: Rodolfo Angel Peña, 23, was an aspiring model and psychology student from Laredo, Texas, who dreamed of one day becoming a US Border Patrol agent or seeing where his charm and good looks would take him.

On Friday, he and some friends drove the five hours from the border city of Laredo to Houston to blow off steam at the Travis Scott show at the Astroworld music festival. By Saturday afternoon, his family was making funeral arrangements for him. 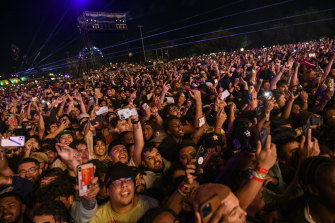 Excitement turned to tragedy as the crowd of 50,000 watched Scott perform.Credit:AP

Peña was one of eight people who died Friday (Saturday AEDT) night when thousands of concertgoers rushed to the stage to see Scott, overwhelming security and creating a chaotic nightmare.

His older brother, Guadalupe Peña, said authorities told the family only that his brother died of cardiac arrest while at the show.

“He’s a real strong person,” he said. “I know he would have gotten out of it. It seems real sketchy how it happened.”

Twenty-five people were transported to the hospital, Houston Mayor Sylvester Turner said Saturday, and 13 are still hospitalised. A 10-year-old is in critical condition, officials said. There were scores of other injuries. At least 11, like Peña, suffered cardiac arrest.

The victims who died ranged in age from 14 to 27, Turner said. One person’s age was unknown. Turner did not identify those who were killed in the incident and said family members of six of the eight victims have been notified. Autopsies will be performed before the victims are released to their families, Harris County Judge Lina Hidalgo said.

John Hilgert, 14, the youngest casualty of the Friday stampede, was a ninth-grade student at Memorial High School in Northwest Houston, according to a letter sent out by school administrators to parents.

“Our hearts go out to the student’s family and to his friends and our staff at Memorial,” Spring Branch Independent School District said in a statement. “This is a terrible loss, and the entire MHS family is grieving today.”

A 16-year-old junior at Heights High School in Houston, Brianna Rodriguez, was also killed, according to KTRK-TV in Houston.

Franco Patino, 21, a senior majoring in mechanical engineering technology with a minor in human movement biomechanics at the University of Dayton in Ohio, also died in the melee, according to a statement by the university.

“A member of Alpha Psi Lambda, a Hispanic interest fraternity, Franco was active in the Greek and (multiethnic) communities on campus,” the statement read.

“He was also a member of the Society of Hispanic Professional Engineers at UD, active in the ETHOS (service-learning) program, and was currently working in an engineering coop program in Mason, Ohio.”

Guadalupe Peña said the hardest part is not knowing all the details of what exactly happened to his brother on Friday night. He shared details of his brother’s life in the lobby of a Houston hotel on Saturday, as his mother paced nearby, wailing occasionally.

“The one who’s suffering the most is his mom,” he said.

The youngest of five siblings, Rodolfo Angel Peña had been a star football player at Nixon High School in Laredo and was in his last year at Laredo College, his brother said. He was taking psychology courses, hoping to score a well-paying job with Border Patrol or with US Customs and Border Protection. He also worked as a chiropractic therapist.

He was well-known and beloved throughout Laredo, said Eduardo Peña, his other brother. “Everyone knew him,” he said.

Rodolfo Angel Peña loved dancing and was into fashion, Guadalupe Peña said. And he loved music. He attended the last Astroworld Festival in 2019, but this was his first Travis Scott concert, he said.

The family was planning a funeral for him in Laredo. They still have a lot of questions about how his brother died, Guadalupe Peña said.

“He came up yesterday for the concert,” he said. “Next thing we know, he’s gone.”