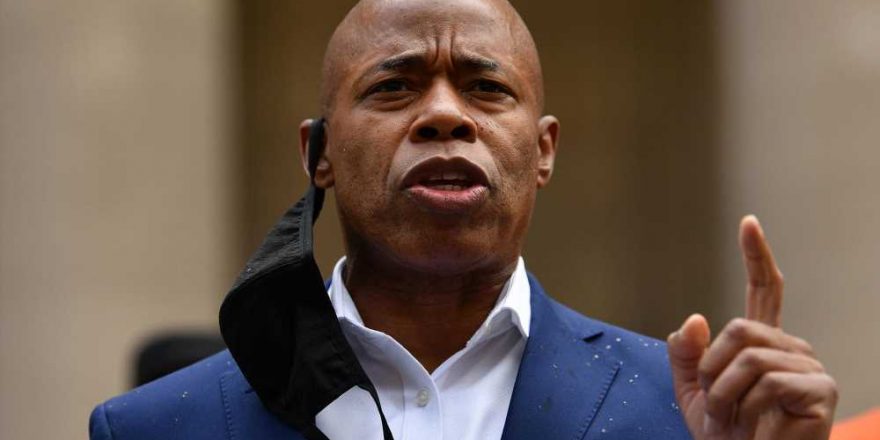 New York City needs a fighter for mayor, not a technocrat

Lest anyone still have doubts, mayoral hopeful Eric Adams proved again Tuesday that he’s more focused on the city’s top issue, curbing gun violence and public disorder, than any other candidate, as he vowed to make it his chief priority on Day One if he’s elected.

Clearly Adams understands — better than his rivals — how desperate New Yorkers are for public safety, not least to ensure a post-COVID economic rebound.

“Those shootings are going to impact our economic recovery if we don’t get them under control,” Adams told 1010 WINS. “No tourist is going to come to this city if a 3-year-old child is shot in Times Square.”

On Monday, he slammed Mayor Bill de Blasio’s hands-off approach to the open drug use, disorder and violence in Washington Square Park. Unlike de Blasio, Adams doesn’t believe the mayhem will resolve on its own. Hear, hear.

“We have an obligation to the families that would like to use the park,” he insisted.

Adams is right: Crime and public disorder are No. 1 concerns for New Yorkers. A NY1/Ipsos poll released last week showed nearly 46 percent of likely voters want crime and public safety to be the top priority of the next mayor.

Alas, many of the mayoral wannabes don’t care: Innocent kids are getting shot, yet Maya Wiley can’t even promise she won’t disarm cops. Adams, by contrast, would reestablish the plainclothes anti-crime units in communities hit hardest by gun violence.

Adams’ experience as a cop and his commitment to fair, common-sense and professional law enforcement are precisely what New York needs as it emerges from the pandemic. The choice in this month’s Democratic mayoral primary couldn’t be clearer.