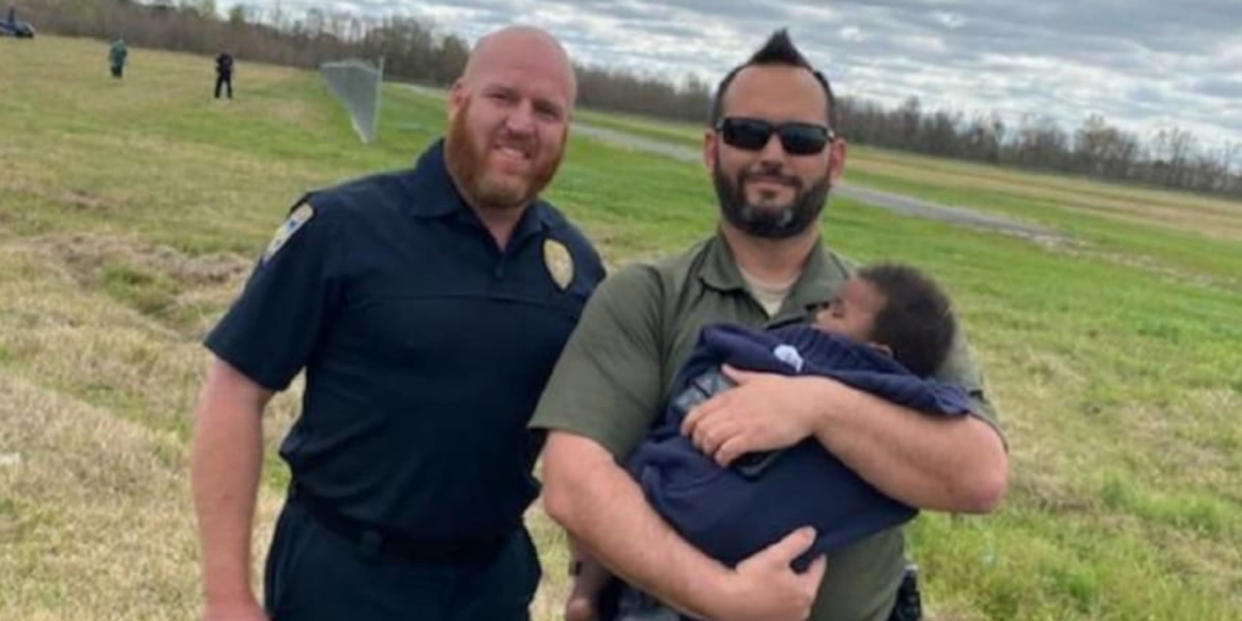 An abandoned eight-month-infant was found safe in a field in Baton Rouge, Louisiana earlier this week by police and first responders.

The Baton Rouge Police Department shared news of the infant’s recovery on Facebook on Wednesday, March 16.

“The infant was taken to a local hospital for precautionary medical treatment,” the post continued. “It’s believed that the mother suffered apparent medical issues. No charges are pending at this point in time. This investigation remains ongoing.”

Baton Rouge Fire Department spokesperson Curt Monte said that on Tuesday, March 15 around 6 p.m., the mother of the infant came to the Harding Road fire station to turn herself in and was brought to the hospital for medical treatment, the Advocate reported. She mentioned the child the next morning while being transported to another medical facility.

When the fire department reached out to family members of the mother, they said she had the infant with her when she left her apartment to go to the fire station. After family members did not know the location of the child, this prompted local officials to begin the search.

Overnight, temperatures in the city dropped to 50 degrees, which had first responders worried that the infant would suffer from hypothermia.

Local officials were on the ground looking in the woods while helicopters flew overheard about a mile from the mother’s apartment. The infant was spotted by a helicopter near Saintsville Church after the mother was able to help the police with the location.

The infant was found alive and unharmed after the hours-long search. Upon the child’s rescue, EMS spokesperson Mike Chustz said that the infant “didn’t even cry” and was in good spirits.

“The timing didn’t give us a lot of hope, but the baby was tough,” Chustz said.