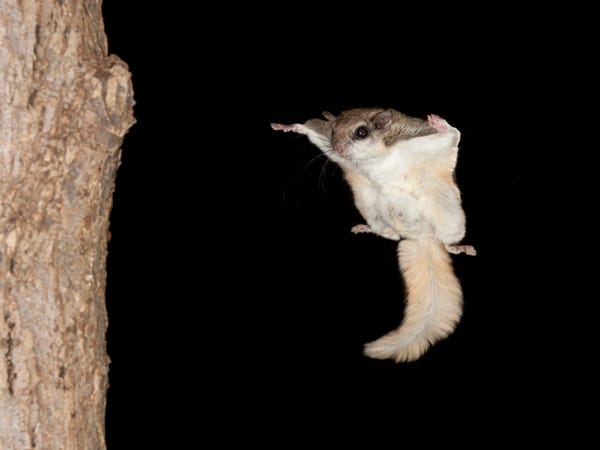 Seven people have been arrested and charged for their alleged involvement in a flying squirrel trafficking scheme, the Florida Fish and Wildlife Conservation Commission (FWC) announced in a statement Monday.

Last January, the FWC launched an investigation into a complaint from a citizen who was concerned individuals were illegally trapping the animals, which are often dubbed "gliding squirrels" because they have the capacity to glide through the air between trees.

The Florida dealers involved in the plot sold the creatures to buyers from South Korea, according to the FWC. The dealers employed a complex travel scheme that spanned over Illinois and Georgia to move the squirrels before they were ultimately transported to Asia, according to the commission

According to the commission, the poachers "deployed as many as 10,000 squirrel traps" in the state and captured roughly 3,600 flying squirrels over the course of three years. The international retail value of the poached wildlife, according to the FWC, exceeds $1 million.

The investigation, which also involved the Illinois Conservation Police, Georgia Department of Natural Resources, and Homeland Security Investigations, found that the seven people charged were also involved in the illegal dealing of other animals, including protected freshwater turtles and alligators, according to the FWC.

A total of 25 felony charges have been made and additional charges and arrests may be pending, according to the FWC. The Florida Attorney General's Office is prosecuting the crimes involved.