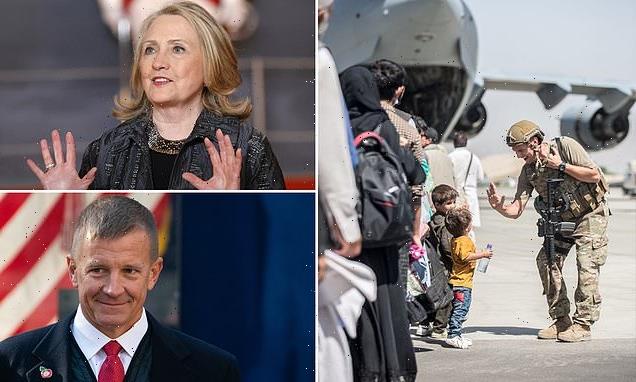 $6,500 on a charter plane to escape from Afghan hell

$6,500 on a charter plane to escape from Afghan hell: Private contractors are charging people to get out of Kabul and veterans are scrambling to evacuate thousands with just six days until the August 31 deadline

A vast, informal effort to evacuate thousands of vulnerable people has sprung up in Afghanistan as U.S. military veterans, diplomats and politicians scramble to beat President Biden’s August 31 deadline.

The controversial private military contractor Erik Prince is charging evacuees $6,500 to get them safely into the airport and on to flights while former Secretary of State Hillary Clinton was part of an effort to charter planes to rescue women.

It is all part of an operation to evacuate foreigners and help thousands of Afghans who worked for the U.S. military, foreign governments or charities that fear death at the hands of the Taliban.

‘It’s just an estimate, but we have probably facilitated 1500 people out of the country,’ said Marine Lt. Col. Russell Worth Parker, of Task Force Dunkirk, a hastily assembled group of special operations and CIA veterans.

His figure includes work done with similar coalitions – including Team America, which uses digital expertise to track and advise people on the ground, and Task Force Pineapple, which began with an operation to rescue an Afghan commando being hunted by the Taliban – and the more established non-profit No One Left Behind. 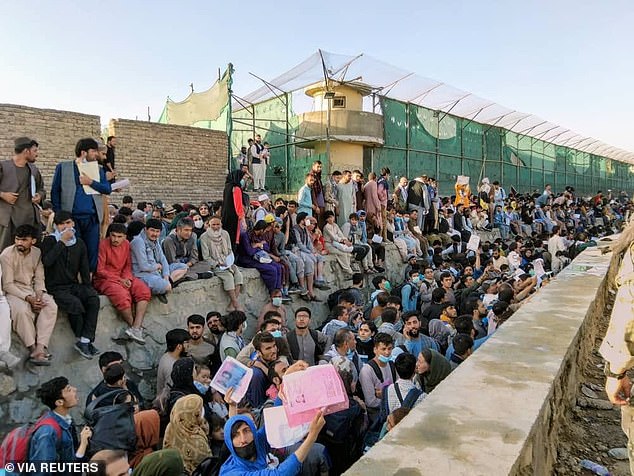 Thousands of people are still waiting outside Hamid Karzai International Airport in Kabul, many presenting papers they say make the eligible for resettlement overseas 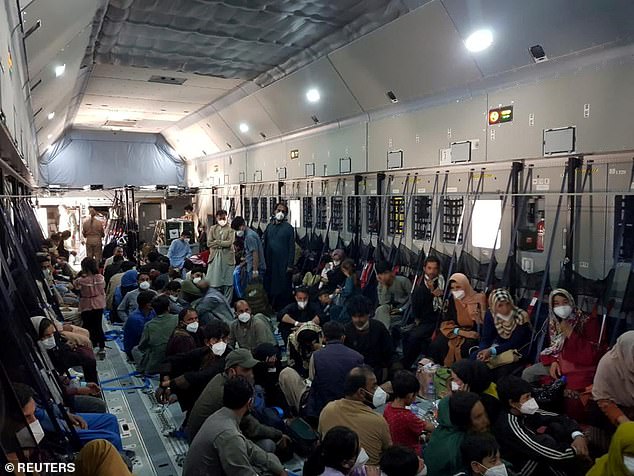 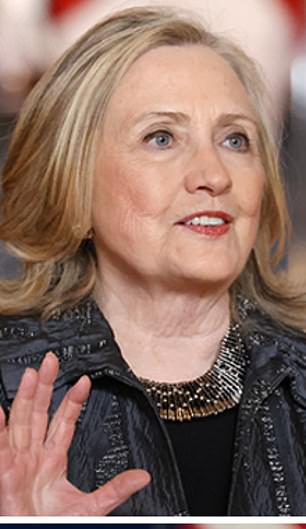 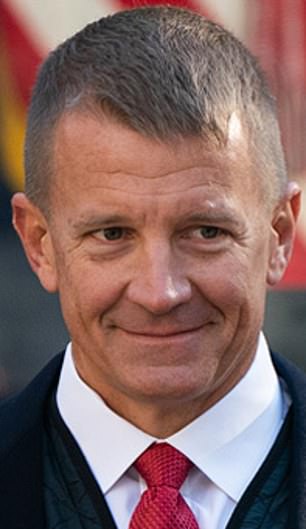 Rescue efforts include former Secretary of State Hillary Clinton who was involved in an attempt to charter a plane for vulnerable women, and private military contractor Erik Prince who is offering his company’s expertise for a price

They each grew from the same seed.

‘Each of us thought: there’s one or two guys we have got to get out,’ said Parker. ‘That is how most of these things started.’

And they are motivated by similar instincts.

‘My last time in Afghanistan was supporting Afghan special operators so we have a lot of friends that we feel a deep debt of loyalty to,’ added Parker.

That debt fuels an operation that runs on Pentagon contacts, calls to congressional offices and the knowhow of years in Afghanistan.

Their task has taken on added urgency in the past 24 hours.

On Tuesday, the Taliban announced they were closing the airport road for Afghans, who were told they could no longer flee.

Hours later, Biden announced that evacuation efforts were ‘on pace’ to finish by the end of the month.

The White House said it believed foreigners and Afghans in need could still reach the airport.

The result has been continuing chaos around Hamid Karzai International Airport, where thousands of desperate people are seeking safety. 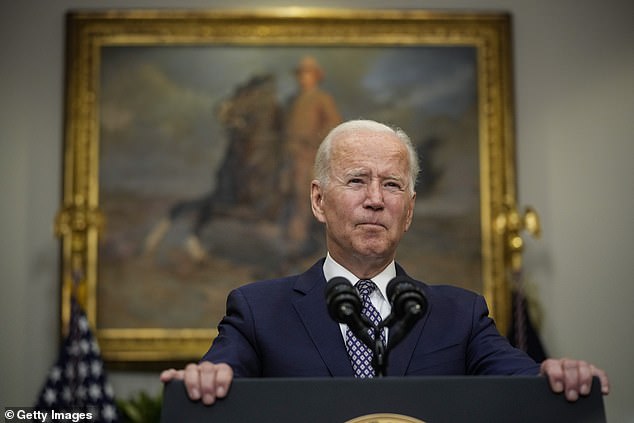 Biden has stoked the anger of military veterans by refusing to extend the evacuation beyond Aug. 31. They say he is abandoning people who put their lives at risk to help the U.S.

The grizzled veterans leading the informal rescue expressed disbelief at White House claims that the operation was a success and that Afghans could safely get through checkpoints and the crush of thousands of people to reach the airport.

As one put it, it’s ‘like wading through a 400-yard Metallica mosh pit with five toddlers.’

Expats and Afghans are swapping advice on WhatsApp groups, keeping others informed about the location of Taliban checkpoints or promising leads on flights.

Charities are coordinating with the U.S. military to get charter flights into Kabul, reportedly including one organized by former Secretary of State Clinton.

And congressional offices are fielding hundreds of requests for help, working with the Pentagon and Department of State to reach people on the ground.

‘We are working with both congressional offices and networks on the ground in Kabul to facilitate movement and coordinate entry into HKIA, filling in the gaps the State Department has left,’ said a spokesman for Rep. Mike Waltz, the first former Green Beret elected to Congress.

Private military contractors are offering their services for those with the money to pay – such as media organizations or private businesses.

Prince, who founded Blackwater, said he could get people into the airport and on to planes for $6500 per person – more if individuals were trapped in their homes.

When the details were published by the Wall Street Journal it triggered accusations of profiteering.

But military experts said it was all just part of the scramble to get people out of a warzone.

‘He is making an effort to get people out of country and is taking great risk to do so.’ 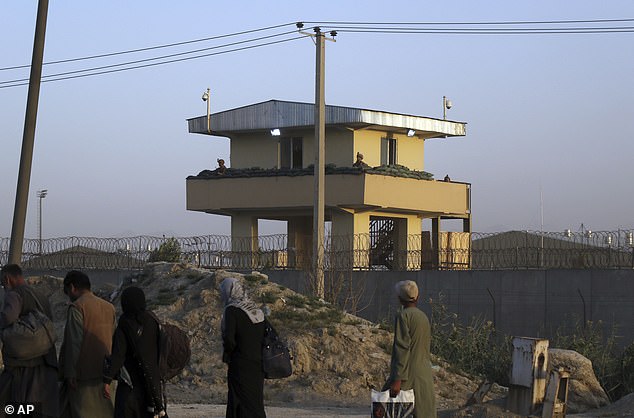 U.S. soldiers stand guard at the airport tower near an evacuation control checkpoint in Kabul. The Taliban wrested back control of the country 10 days ago as U.S. forces prepared to depart 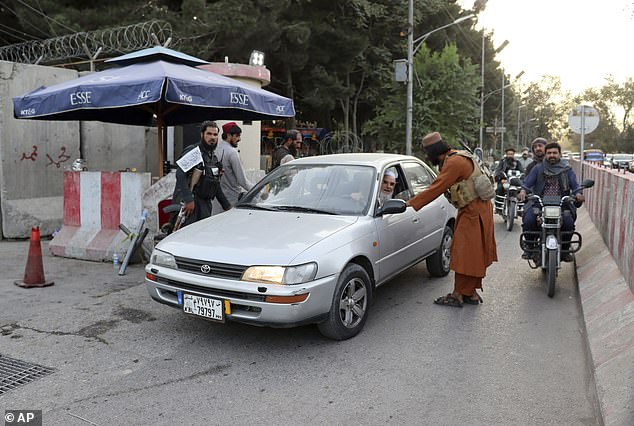 Taliban fighters search a vehicle at a checkpoint in Kabul. People trying to escape must run a gauntlet of checkpoints to get the airport 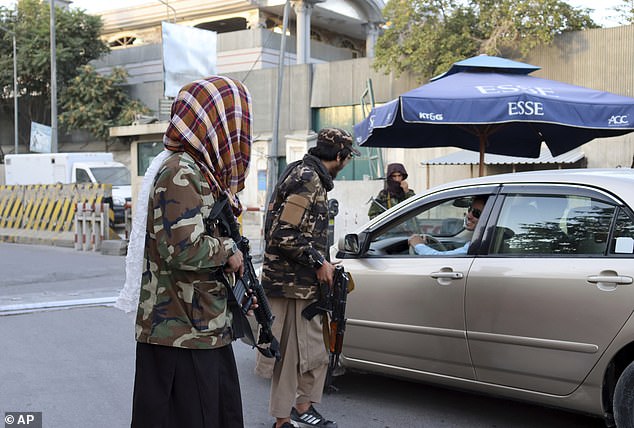 Instead he said veterans were furious at the the Biden administration for potentially leaving behind thousands of Afghan translators, soldiers and other staff by sticking to the Aug. 31 deadline.

And he scoffed at the White House claiming that anyone who needed to get out could still reach the airport.

‘The facts speak for themselves. This administration has been spinning the operation as a success,’ he said, ‘But we know what we are seeing.

‘I’m aware of families that had to make multiple journeys. Fortunately they got out but only after putting their families lives – we are talking young children – in danger.’

Parker said the work would continue long after August 31, continuing with rescues as well as supporting the evacuees as they arrive in a foreign land.

‘Look at history, people came out of Vietnam for 20 years.