£180,000 Lamborghini Huracan Spyder is written off after crash with UPS van and Nissan Micra as driver suffers broken rib

This is the shocking moment a top of the range £180,000 Lamborghini Huracan Spyde is written after crashing into a UPS van and a Nissan Micra.

Footage shared by driver Amio Talio, who is understood to be from Northampton, seconds after the accident shows the supercar at the side of the road with its front offside wheel obliterated.

Mr Talio is filmed surveying the damage to his car before walking across the road, which is littered with debris, and ensuring the other driver is safe.

During the clip, which was uploaded to Mr Talio’s Instagram page on Friday, the driver looks at his wrecked car before saying: ‘I think I broke my ribs man.’ 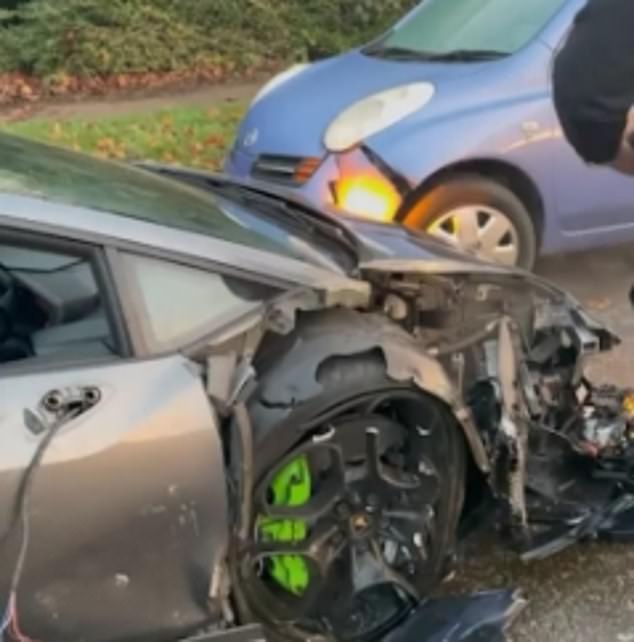 The £180,000 Lamborghini Huracan Spyde lies at the side of the road with its front offside wheel obliterated 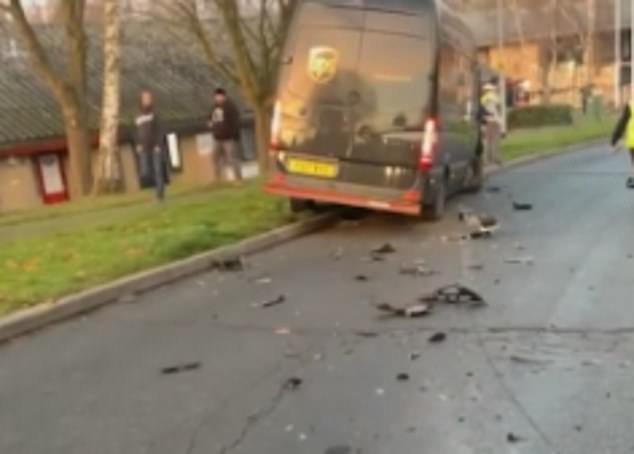 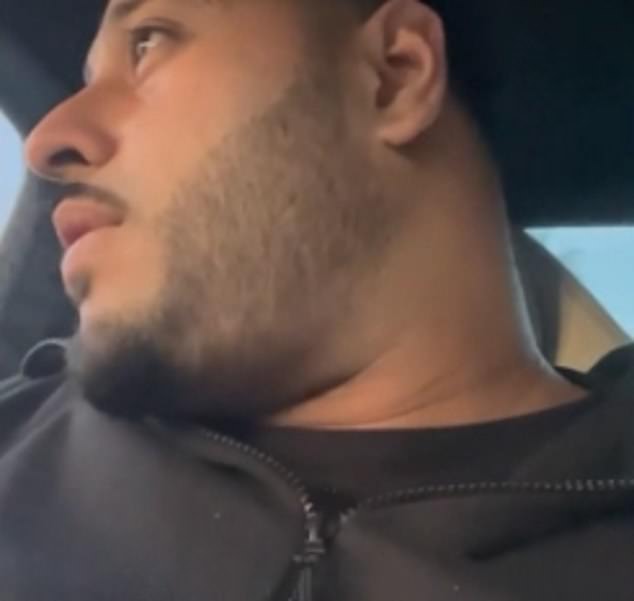 He continues: ‘My rib’s gone. Can you hold this so I can record this for my insurance company.’

A Nissan Micra with a damaged bonnet can also be seen in the shot as Mr Talio scans the scene.

He then makes his way over to a UPS Mercedes van parked up further along the road with its offside front wheel smashed.

The supercar owner inquires about the condition of the driver, saying: ‘Were you driving this one? Are you alright? You’re not injured?’

The UPS worker replies: ‘I think so.’

The supercar owner then says: ‘I think my rib is broken to be fair because I can’t even breathe.’

Following the incident, Mr Talio took to Instagram to explain he had been following a bend in the road when the ‘van came out of nowhere’.

He said: ‘I just wanted to take this minute here to thank every single one of you who has messaged me. I’m fine.

‘I’ve just been hiding out here at my uncle’s house and just chilling and processing the whole situation.

‘You can tell from the videos I posted that I was in shock  and I didn’t really know what was happening.’ 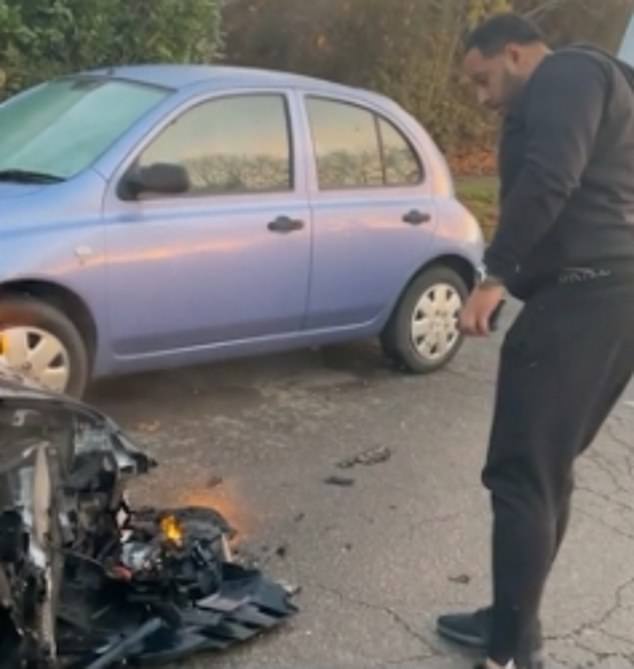 Mr Talio looks at his now damaged Lamborghini Huracan Spyde before walking across the road, which is littered with debris 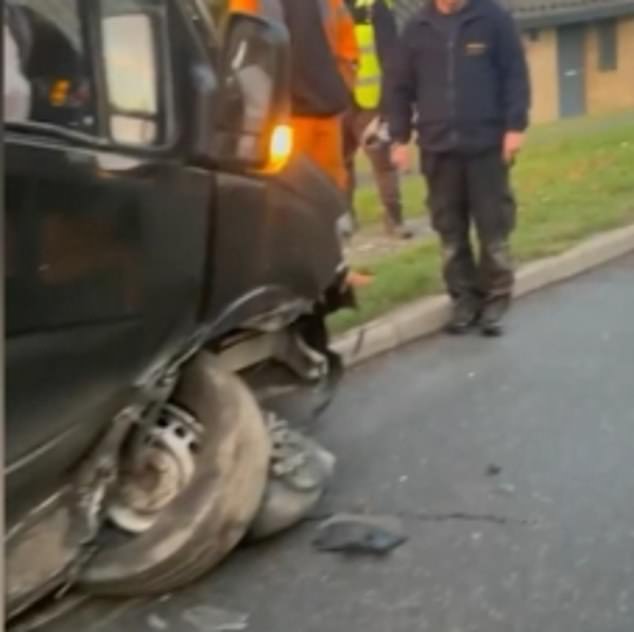 The driver, who is in a state of shock, walks over the stationary van and asks the driver how he is 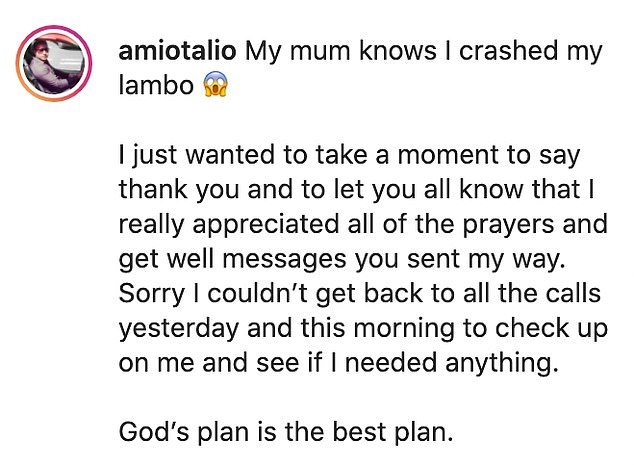 He continued: ‘I know a lot of people are going to start judging saying the ”Lamborghini driver” but what’s happened is I’ve come round the bend and it’s a blind spot bend and there’s trucks parked all up against the side of the street.

‘Where I’m coming up literally three quarters of the way up the van just came out of nowhere.

‘There was no speeding I was just coming round the bend.’

He added: ‘The UPS driver didn’t see me. Accidents happen. You bounce back. The only reason I’m sad is I liked the car and I’ve only driven it a few times.’

In a social media post the driver later wrote: ‘My mum knows I crashed my lambo (sic).

‘I just wanted to take a moment to say thank you and to let you all know that I really appreciated all of the prayers and get well messages you sent my way.

‘Sorry I couldn’t get back to all the calls yesterday and this morning to check up on me and see if I needed anything.’

MailOnline has contacted Mr Talio and UPS for comment.