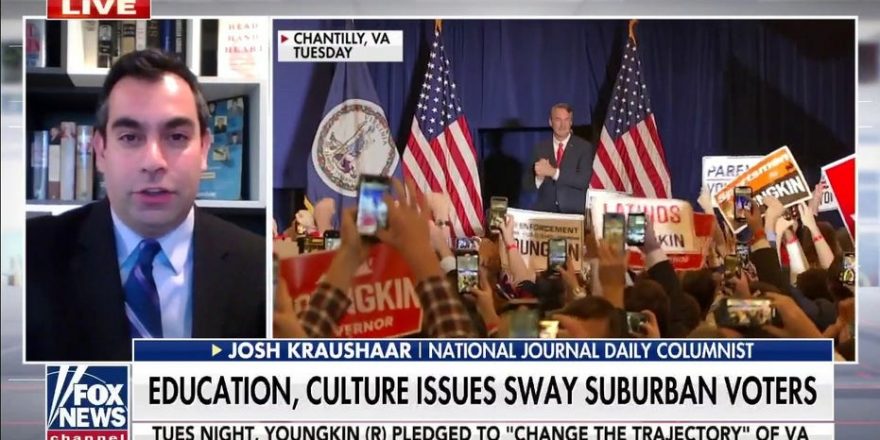 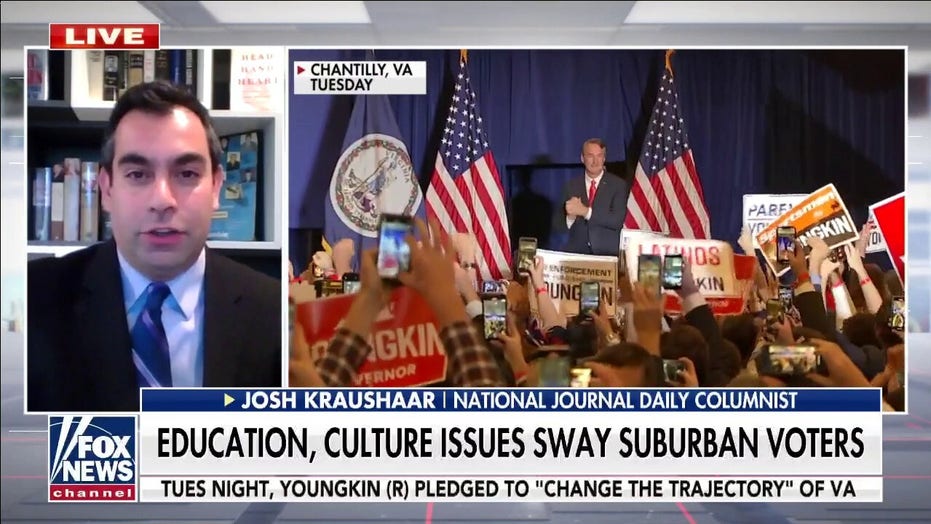 National Journal daily columnist Josh Kraushaar discussed the contentious race and how the Republican stance on education shaped the trajectory of the election.

Virginia Gov.-elect Glenn Youngkin’s name is swirling in the 2024 GOP speculative vortex less than a day after his stunning victory over Democratic former Gov. Terry McAuliffe.

The McAuliffe camp was left shellshocked Tuesday night after Youngkin ran away with the off-year election widely seen as a referendum on President Biden and a bellwether for the 2022 midterms.

Youngkin’s stunning defeat of McAuliffe already has the media speculation machine abuzz, with the Republican governor-elect’s name being floated as a potential 2024 candidate. 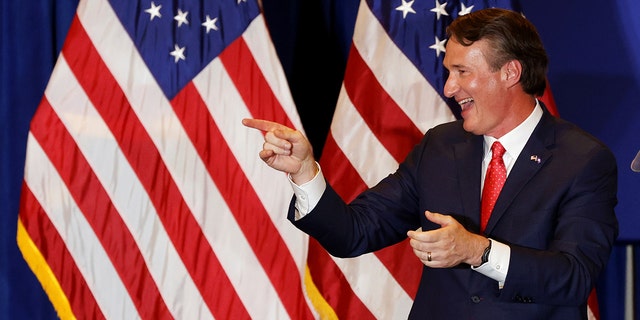 Virginia Republican gubernatorial nominee Glenn Youngkin speaks during his election night party at a hotel in Chantilly, Virginia, on Nov. 3, 2021.

New York Times columnist Ross Douthat tweeted that Youngkin “should seriously consider running for president in 2024” while McClatchy’s Dave Catanese wondered “how long will it take” for former President Trump to recognize the governor-elect as “his chief rival” in the contest for the GOP’s next presidential nomination.

MSNBC contributor and former Rep. David Jolly, I-Fla., went the other way from Trump, noting “DeSantis just got a challenger for the 2024 GOP nomination.”

“Youngkin speaks the GOP platform with the optimism of Jeb Bush, the money of Rick Scott, and the aw shucks inflection of Ted Cruz,” Jolly wrote. “Like it or not, watch him closely.”

Valley Star News editor Matthew Royer tweeted on Tuesday that “Youngkin should be the 2024 nominee if this holds.

“Will he be though? Probably not,” Royer continued midway into election night. “Only thing that bodes here well for Democrats.”

McAuliffe conceded the election to Youngkin Wednesday morning, marking the end of a decade-long GOP drought in Virginia statewide races.