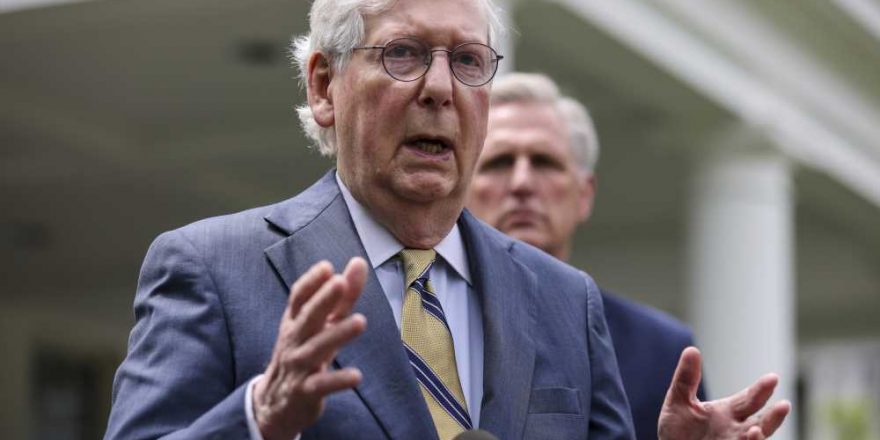 “Nobody’s votes are being suppressed anywhere across America, in any of the states,” Senate Majority Leader Mitch McConnell said this week of the Democrats’ H.R. 1 For the People Act to ensure voting rights, but leaked footage obtained by Mother Jones reveals the opposite is true. The head of the conservative group Heritage Action for America boasted to donors that Republican lawmakers are using the organization’s language in a slew of restrictive voting bills across the nation, according to footage obtained by watchdog group Documented and shared with Mother Jones.

Former Trump administration official Jessica Anderson — who now serves as executive director of Heritage Action for America, a sister group to the Heritage Foundation — can be seen telling an audience of donors about how the group is getting Republican state legislators to essentially copy-and-paste the organization’s language into new, restrictive voting laws.

The recently passed restrictive voting law in Georgia reduces time to request absentee ballots, reduces voting hours, limits the number of ballot dropboxes and bans giving water to voters waiting in line at a polling place. According to Anderson, that bill contained “eight key provisions that Heritage recommended.” She also bragged about meeting with Georgia’s Republican governor, Brian Kemp, just days ahead of him signing the bill. Another bill, similar to Georgia’s, is making its way through the Texas legislature and has “19 provisions” from Heritage, Anderson said.

Anderson went on to say that sometimes Heritage actually “draft[s] the bill” for the legislators, or if there is a lawmaker who may not be open to hearing from groups like Heritage, they simply have someone else deliver their message. “We have a sentinel on our behalf give them the model legislation so it has that grassroots, from-the-bottom-up type of vibe,” she said.

Anderson also gloated that Heritage has been doing some of this work in the shadows, referring to Iowa’s recently signed restrictive voting bill. “Iowa is the first state that we got to work in, and we did it quickly and we did it quietly,” she said, adding, “Honestly, nobody even noticed. My team looked at each other and we’re like, ‘It can’t be that easy.’ “

In addition to Georgia, Heritage is spending $24 million in the next two years targeting Florida, Ohio, Texas and other battleground states to pass voter suppression bills, hoping it will give Republicans an electoral advantage. These bills are being authored under the lie, pushed by former president Trump, that America’s elections are not secure and that fraudulent voting is taking place across the country, despite zero credible evidence to prove that claim.

Their goal, Anderson said, is to “right the wrongs of November” 2020, when Biden won. And the way they plan to do that is to disenfranchise American voters in as many states as possible. Now, will somebody please tell Mitch McConnell?