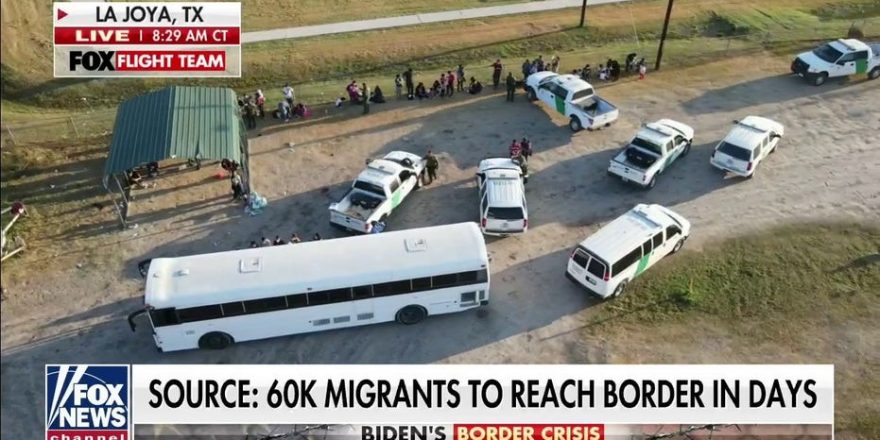 DHS sources tell FOX News as many as 60,000 migrants amassed along the Mexican side of the border could cross in the next couple of days.

A new White House report on the alleged links between climate change and migration opened the door to potentially giving refugee status to those who are classed as “climate activists” or “environmental defenders.”

The “Report on the Impact of Climate Change on Migration” includes claims that “there is an interplay between climate change and various aspects of eligibility for refugee status.”

It goes on to state that if a government that denies “relief from the impact of climate change to specific individuals who share a protected characteristic in a manner and to a degree amounting to persecution” then that could open such people to refugee status.

It also states that “adverse impacts of climate change” could affect whether someone has a viable relocation alternative within their own country.

“Climate activists, or environmental defenders, persecuted for speaking out on government inaction on climate change may also have a plausible claim to refugee status,” the document says.

Later, in its recommendations for the U.S. government, it recommends that the administration “assess how climate change may intersect with the criteria for refugee status” and includes those claims based on “environmental defense or climate change activism.”

The study was ordered by a President Biden executive order back in February, which ordered a study on the impacts of climate change on migration, as well as options for the “protection and resettlement of individuals” displaced by environmental change.

Officials this week rolled out a number of government analyses aimed at tackling climate change, which Biden has warned will be the “greatest threat” to America’s national security in the coming years.

Republicans have dismissed the focus by the Biden administration on “root causes” like poverty, corruption and climate change — instead pointing to the dramatic rollback of Trump-era border protections and the return of “catch and release.”