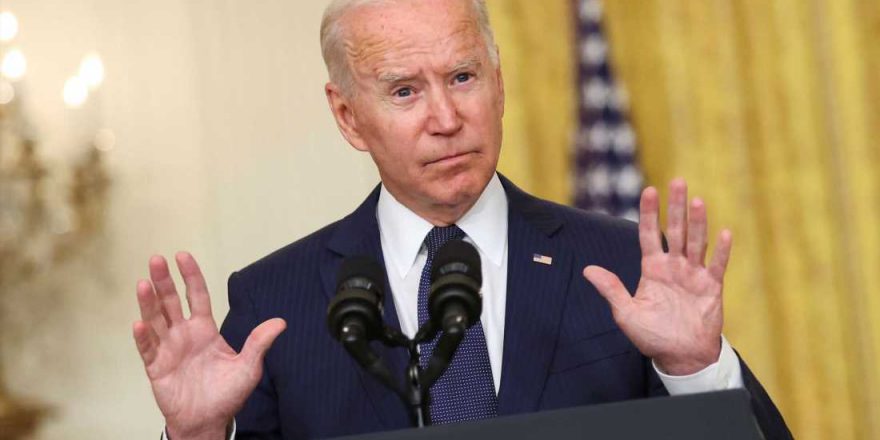 WASHINGTON — The Biden administration on Tuesday proposed a stopgap measure to fund the government as lawmakers haggle over a $1 trillion infrastructure bill and a transformative, Democrat-backed $3.5 trillion budget reconciliation package.

With the 2021 fiscal year up at the end of September, the White House encouraged congressional leaders to consider a short-term continuing resolution.

Without a continuing resolution, the federal government would shut down and spark a wave of furloughs for federal workers until Congress passes a funding bill.

The stopgap measure would include billions in funding for aid to help recovery from Hurricane Ida as well as to assist in the relocation of Afghans who fled Kabul.

Failing to pass such a stopgap could leave the public without reliable access to a raft of federal programs such as the National Suicide Prevention Lifeline or the Bureau of Reclamation, which is currently carrying out a drought response.

"Today, as part of our responsibility to prudently plan for the end of the fiscal year, we are providing technical assistance to Congress on a short-term" resolution, a Biden administration official explained. "The purpose is to help avoid severe disruption to certain public services that could happen under a CR, if it's just extended last year's appropriations bills without modifications."

Each federal agency develops its own shutdown plan in coordination with the Office of Management and Budget. Each plan details which government activities will halt until appropriations are restored, requiring furloughs and the halting of many agency activities.

Essential services, often related to public safety, the armed forces, and others continue to operate and are reimbursed when Congress appropriates the necessary funds.

As part of the stopgap bill, the White House also asked Congress to appropriate some $14 billion to address the natural disasters that occurred prior to Hurricane Ida. An administration official said Ida will significantly increase the need for further disaster response funding, by at least $10 billion.

"The Administration is committed to delivering the funding necessary to help impacted states and tribes recover from recent extreme weather events and natural disasters," the official said. "This includes disasters from the last eighteen months — such as Hurricanes Laura and Delta — for which there are remaining unmet needs, as well as more recent and immediate needs such as those stemming from ongoing wildfires and Hurricane Ida."

Last, the Biden administration asked Congress for $6.4 billion to assist with the relocation, security and humanitarian efforts of vulnerable Afghans recently evacuated out of the war-weary country.

"The majority of the funds are for Department of Defense and State to support processing sites overseas and in the United States as well as government transportation for our allies and partners between processing sites," explained a Biden administration official.

"The request also includes support for continuous security screenings and humanitarian assistance through State and USAID and it includes targeted funds for HHS and State to provide Afghans in the U.S. with public health screenings and vaccinations, along with full resettlement resources and a path to enable them to build successful new lives here," the official added.

Following President Joe Biden's decision to fully withdraw U.S. forces from Afghanistan by Aug. 31, a move that was later mimicked by NATO, the Taliban carried out a succession of shocking battlefield gains.

Despite being vastly outnumbered by the Afghan military, which has long been assisted by U.S. and NATO coalition forces, the Taliban seized the presidential palace in Kabul on Aug. 15.

Over the course of 17 days leading up to Aug. 31, the United States alongside coalition partners rushed to airlift more than 116,000 people out of Afghanistan on cargo aircraft.

Meanwhile, governments around the world opened their borders to at-risk Afghan nationals arriving on evacuation flights.

"Today's funding request will support the U.S. government's overseas operations and plans for as many as 65,000 vulnerable Afghans to arrive in the United States by the end of the month," a Biden administration official said.