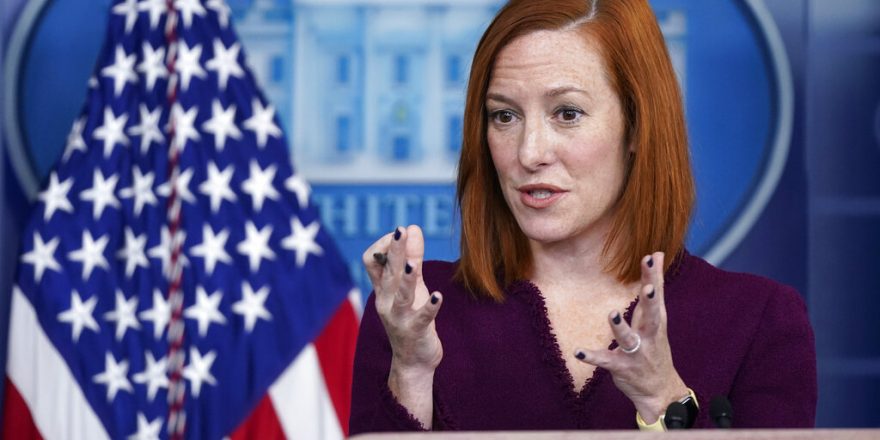 White House declines to say whether Israel is an 'important' ally

The White House Friday sidestepped a question on whether Israel and Saudi Arabia are “important allies” of the United States.

After a back-and-forth with reporters during the daily White House briefing about President Biden’s failure so far to speak with Israeli Prime Minister Benjamin Netanyahu, White House press secretary Jen Psaki was asked:

“Well, you know, again, I think, we, there are ongoing processes and internal interagency processes, one that we, I think confirmed an interagency meeting just last week to discuss a range of issues in the Middle East where we’ve only been here three and a half weeks.

“And I think I’m going to let those policy processes see themselves through before we give kind of a complete lay down of what our national security approaches will be to a range of issues.”

The White House has faced growing questions over why Biden has failed to speak with the leader of Israel, a longtime strategic partner in the Middle East, since entering office more than three weeks ago.

When pressed by reporters as to when the president will be making the call to Netanyahu, Psaki said she could not give a time frame on when that could happen.

“I don’t have an exact timeline to give you,” she said. “But I can assure you he will be speaking with the prime minister soon, and he’s looking forward to doing that.”

“We have a long and important relationship with Israel,” Psaki said. The failure to call “is just a reflection of the fact that we have been here for three and a half weeks,” she said. “He’s not called every single global leader yet.” Even so, she acknowledged that Biden has spoken with many of the United States’ major allies.

Trump, who spoke to Netanyahu two days after entering the White House, was repeatedly described by the Israeli leader as a “friend” to the Jewish state.

Biden spoke with the prime minister ten days after he was elected to the presidency, an encounter that Netanyahu described as a “warm conversation,” though some thought the length in time it took for the congratulatory call signaled a change in tone, reported Reuters.

Netanyahu took to Twitter on Nov. 8 to congratulate Biden and his Vice President Kamala Harris but reframed from publically calling Biden president-elect as Trump sought to overturn the election’s results.

While the Israeli prime minister has remained mum on his opinion on Biden’s diplomatic tardiness, chairman for World Likud, the global arm of Netanyahu’s political party, took to Twitter Wednesday to acknowledge what some Israeli’s see as a political snub.

The Biden administration is expected to take a different approach to U.S.-Israeli relations and will encourage a two-state solution between Israel and Palestine.

But Biden officials have made it clear they will not move the embassy back to Tel Aviv from Jerusalem – a controversial move the former administration prioritized.

Biden promised from the campaign trail to be hard on Saudi Arabia, particularly when it came to their involvement in Yemen’s six-year-long civil war.

“We were going to in fact make them pay the price, and make them in fact the pariah that they are,” Biden said during a 2019 Democratic primary debate. Adding that there is “very little social redeeming value in the present government in Saudi Arabia.”