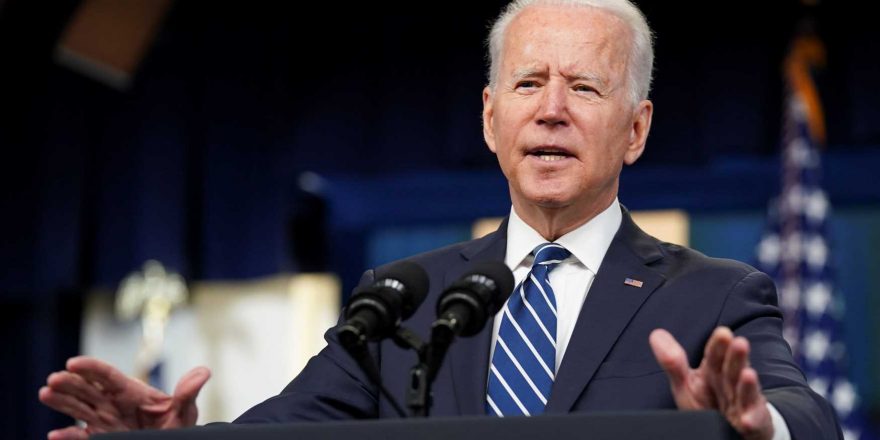 [The stream is slated to start at 2:50 p.m. ET. Please refresh the page if you do not see a player above at that time.]

President Joe Biden on Tuesday will lay out his plans to protect Americans' voting rights in the face of Republican-led efforts around the country to change voting rules.

Biden, speaking from the National Constitution Center in Philadelphia, will outline his administration's efforts to protect voting rights and call on Congress to pass legislation that defends the "sacred, constitutional right to vote," a White House official told NBC News.

He will also lash out at Republicans for opposing a sweeping voting rights bill backed by Democrats, and for pursuing "new and extremely dangerous" avenues to suppress votes, the official said.

Biden will also call for the formation of a broad new coalition "to overcome this un-American trend and meet the moment as far as turnout and voter education," the official told NBC.

The speech comes as the fight over states' voting procedures continues to intensify in the wake of the 2020 election cycle, in which Democrats won control of the White House and both chambers of Congress.

Former President Donald Trump, still the leading figure in the Republican Party, has repeatedly spread baseless conspiracy theories about electoral fraud in support of his false claim that the 2020 race was rigged against him.

Trump's own attorney general at the time said he saw no evidence of widespread voter fraud. Judges in numerous states rejected dozens of attempts by Trump's lawyers and his allies to reverse Biden's electoral victory. Trump on Jan. 6 pressed his vice president, Mike Pence, to reject the Electoral College results, but Pence refused. A mob of Trump's supporters then stormed the U.S. Capitol, forcing a joint session of Congress into hiding and delaying efforts to confirm Biden's win.

The Biden White House has come under pressure from Democrats to hit back harder against the multi-state efforts to pass bills that critics say will make it harder for certain demographics to vote.

In Texas, dozens of Democrats in the state legislature fled to Washington D.C. in a bid to block a GOP-backed election bill from passage.