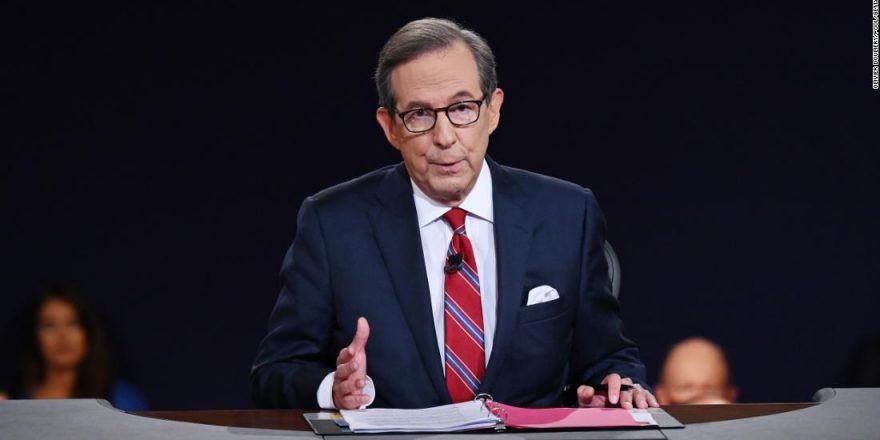 CNN Business (CNN)Fox News anchor Chris Wallace, one of the few high-profile news personalities who retained a reputation of integrity as the channel he worked for leaned hard into right-wing and conspiratorial programming, announced Sunday that he is departing the network, effective immediately.

Wallace made the stunning announcement at the end of “Fox News Sunday,” the channel’s flagship weekly program which he has moderated since 2003.
“After 18 years — this is my final ‘Fox News Sunday.’ It is the last time, and I say this with real sadness, we will meet like this,” Wallace said.

Wallace described his time at Fox News as a “great ride.” He said that after nearly two decades he was “ready for a new adventure” and wanted “to try something new to go beyond politics to all the things I’m interested in.”

Shortly after his announcement on Fox, CNN announced that Wallace will join CNN+, the news organization’s streaming product launching in early 2022.

“I am thrilled to join CNN+. After decades in broadcast and cable news, I am excited to explore the world of streaming. I look forward to the new freedom and flexibility streaming affords in interviewing major figures across the news landscape — and finding new ways to tell stories,” Wallace said in a statement. “As I embark on this adventure, I am honored and delighted to join Jeff Zucker and his great team. I can’t wait to get started.”
Fox News said that it will rotate anchors on “Fox News Sunday” until a permanent host is named.
Fox touted Wallace’s “long-term contract” renewal back in September 2017. That contract was expiring this year, and Wallace decided he didn’t want to renew, according to a person with knowledge of the matter.
Wallace’s announcement was as surprising and abrupt as Shepard Smith’s sign-off from Fox in 2019. Both anchors shared their decisions at the end of a telecast and signed off permanently. But Smith quit in the middle of a long-term contract while Wallace’s deal was coming due.
Wallace is known for his tough, but fair, questioning of both Democratic and Republican politicians. His reputation for grilling members of both parties made him well-respected in journalistic circles, but often irked the Fox News audience which showed immense loyalty to former President Donald Trump. That was especially true when Wallace called out Trump directly, including when he said that the former president “engaged in the most direct, sustained assault on the free press in our history.”
In recent years, Fox News, which always did tilt toward the right, has transformed itself into a hyper-partisan, right-wing talk network that regularly pushes conspiracy theories on a wide variety of topics. Even many of the network’s so-called “straight news” anchors have abandoned any pretense of impartiality.
Fox News’ top host, Tucker Carlson, has drawn extraordinary criticism for producing a special entertaining the false notion that the January 6 attack on the Capitol was a “false flag” orchestrated by the federal government. Carlson has also trafficked in anti-vaccine rhetoric and pushed the racist “Great Replacement” conspiracy theory on his show.

Wallace, who often found himself rebutting some of the falsehoods pushed by his own network, had reportedly objected to Carlson’s conspiratorial January 6 special. NPR reported that he had voiced objection to network brass about the program, which also led to the resignation of two longtime Fox News commentators.

This is a developing story and will be updated.
Source: Read Full Article