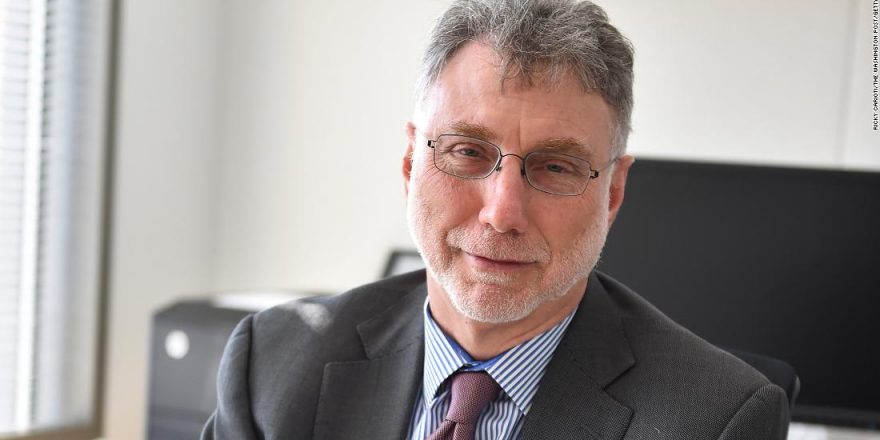 New York (CNN Business)Marty Baron, the editor who transformed the Washington Post into an international powerhouse and led the news organization to win 10 Pulitzer Prizes, is retiring next month.

Baron, 66, said in an internal memo Tuesday morning that he feels “ready to move on.” His last day at the paper will be February 28.
“From the moment I arrived at The Post, I have sought to make an enduring contribution while giving back to a profession that has meant so much to me and that serves to safeguard democracy,” Baron wrote. “It has been my honor to work alongside hundreds of journalists who make The Post an indispensable institution.”

Baron also shared his plans in a virtual meeting with company executives and his managing and senior editors Tuesday morning. His retirement had been anticipated inside the Post for some time, and Baron had been in discussions about the exact timing with Fred Ryan, The Post’s CEO.
“Although we have long known this day would come, it does not lessen the emotion we feel,” Ryan wrote in his own memo Tuesday morning.

“Under Marty’s eight years of newsroom leadership, The Washington Post has experienced a dramatic resurgence and has soared to new journalistic heights,” Ryan wrote. “As Executive Editor, he has significantly expanded our coverage areas, inspired great reporting, managed an awesome digital transformation and grown the number of readers and subscribers to unprecedented levels.” 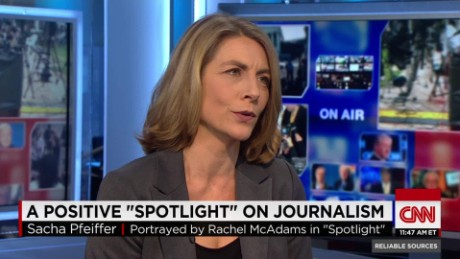 The real-life inspirations for the ‘Spotlight’ movie

Ryan pointed out that the Post employed 580 journalists when Baron arrived at the beginning of 2013. Later that same year, Amazon CEO Jeff Bezos bought the newspaper. Bezos retained Baron and gave him more money to work with.
The Post’s newsroom now exceeds 1,000 journalists and continues to grow. “The newsroom of 2021 will be the biggest in history, an investment that signals overwhelming confidence in our prospects,” Baron wrote. “In sum, The Post has come a long way in a short time.”
Key to the Post’s expansion was a digital subscription model fueled by scoops and other must-read stories.
Both inside and outside the Post, Baron was credited with steadying the editorial ship through business model turbulence, political attacks and international crises.
In 2014 and 2015, he demanded justice for the Post’s Tehran bureau chief, Jason Rezaian, who was arrested by Iranian authorities and charged with espionage. Baron helped keep Rezaian’s case in the news and worked for his release, which came in early 2016.
In 2017, as President Trump bashed the Post and observers talked about a war between Trump and the media, Baron pushed back with a memorable turn of phrase: “We’re not at war, we’re at work.”
A report by Harvard’s Shorenstein Center said that Baron was “widely considered to be one of the best editors working today.”
Baron arrived at The Post at the beginning of 2013 after twelve years running The Boston Globe.
At The Globe, Baron’s many accomplishments included oversight of a legendary expose of serial sexual abuse by priests within the Boston Archdiocese. Liev Schreiber played Baron in the ensuing 2015 film “Spotlight,” which won the Academy Award for Best Picture.
“Marty coming to The Globe was a great example of what a pair of fresh eyes can do,” Globe reporter Sacha Pfeiffer said on “Reliable Sources” in 2015. “There had been court files against priests sealed for years. And no one at The Globe had really questioned them or thought to unseal them. Marty showed up new to town and he asked, ‘Why haven’t we tried to seal them?’ And he sent The Globe lawyers to court to do that. And he put the investigative team on the project. And we did it.”
Baron said he was motivated by reading a Globe column that said “the truth may never be known” about pedophile priests.
“When you say the truth may never be known, that should be a red flag to journalists to go after something and really find out what the truth is,” Baron said.
That spirit fueled his support of Washington Post reporters, as well. One of the paper’s major investigations in recent years was based on a confidential trove of government documents. Named the Afghanistan Papers, the documents were only unsealed after a three-year legal battle by the Post.
In a 2019 interview on “Reliable Sources,” Baron said “it’s absolutely central to our mission to do investigations, to hold government to account, to hold all-powerful individuals and powerful institutions to account. That’s why we have a free press in this country.”
At the end of 2020, he announced that the Post was on the verge of “full 24/7 coverage” by adding news-gathering hubs in Asia and Europe.
“If you recall,” Baron said, “it wasn’t that long ago that people were talking about news organizations like the Washington Post and the New York Times being on their deathbed. And here we are. We’re growing, they’re growing. There are enormous signs of success for news organizations like ours around the country.”
In his internal memo on Tuesday, Baron wrote, “Please don’t lose sight of how hard our gains as a commercial enterprise were to achieve. They would be easy to lose. In 2013, when our outlook was dire, we were given a second chance. We took it, engineering a turnaround with focus and creativity. Keep at it.”
He also reflected on some of the work that’s unfinished. “We aspire to greater breadth, depth and distinctiveness in our work,” he wrote. “We can improve how we practice our craft. We can do more and better in pursuing our digital destiny. We must cover all communities with deeper understanding. We need a wider diversity of life experiences and backgrounds represented in our newsroom and reflected in our coverage. On all these fronts we’ve made progress, but more is needed.”

The Post did not immediately announce a successor for Baron.
Ryan said the search for a new executive editor “will be a broad and inclusive one, considering both outstanding internal candidates as well as journalists at other publications with the vision and ability to build upon Marty’s success.”
Source: Read Full Article