A county official in Virginia has expressed support for a local school board as it faces heat from some parents and teachers for promoting Critical Race Theory (CRT) in the district’s schools.

In a letter to the school board – a copy of which was obtained by Fox News – Loudoun County Supervisor Juli Briskman slams the district’s “low level of racial consciousness” and describes resistance to the CRT curriculum as “racism evolved.”

“Being on the right side of history isn’t always easy,” Briskman writes, in an apparent attempt to buck up the spirits of board members as they deal with community outrage.

Briskman’s letter is dated Tuesday, though it’s unclear whether the letter was written before or after Tuesday’s raucous Loudoun County school board meeting – which included a fiery speech from Fairfax County teacher Lilit Vanetsyan, who urged parents to push back against any lesson plans for their children that they don’t agree with.

Vanetsyan accused proponents of CRT of attempting to turn local school districts into “indoctrination camps,” with White students taught to “hate yourself because of your skin color.”

The recent events in Loudoun County, located northwest of Washington, D.C., reflect growing tensions across the U.S. between schools and families, claims Ian Prior, executive director of FightForSchools.com and a former Justice Department official in the Trump administration.

“What you’re seeing is a competition now between school and family, and if the school doesn’t like what the family is doing, they will not hesitate to take on that role and really cause havoc within a family,” Prior told Fox News.

Prior said he agrees that society needs to reevaluate the past from time to time, as society evolves and learns from mistakes. But trying to update a children’s book about a figure like Christopher Columbus might not be the best place to start, he said.

“Everybody recognizes that history comes with a lot of different … complicating factors … like something that happened 700 years ago that we’re trying to judge today,” he said, “and that there’s certainly a place to sort of reevaluate how things happen. There is a time and a place for that. But that time and place is not second grade, because now I have to deal with the fact that my daughter thinks that I read books to her about murderers.” 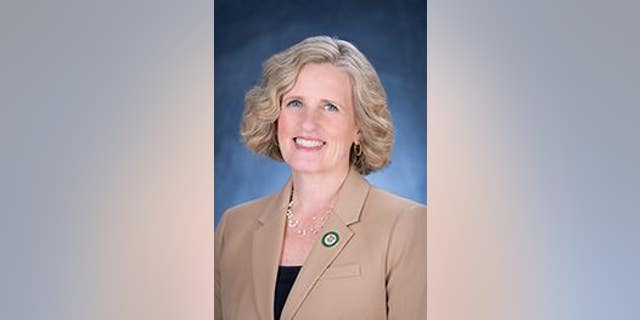 In her letter to the board, Briskman claims the school board and the “entire Loudoun governmental system” has “an ugly history of discriminating against students of color, even after the federal government ordered all systems across the nation to discontinue these pratices.”

She claims a 2019 school board resolution stated that the county’s schools had a “low level of racial consciousness” that included students reporting “hate-based activity, insults and slurs.”

The supervisor notes that the county, earlier this year, agreed to a settlement that called for reform policies, minority community outreach and third-party monitoring “to improve equitable access for minority students.”

“I stand by the School Board as it finds the fortitude to support all students, faculty, staff and families no matter their skin color, ethnicity, gender orientation, who they love or socioeconomic status,” Briskman writes. “Furthermore, I support the School Board as it makes the tough but necessary decisions to reinforce these principles that contribute to an end goal of peace and equality for all.”

Briskman represents the county’s Algonkian District and serves on the county’s Family Services Board, according to the official Loudoun County website. She started her career in journalism and later served overseas for the U.S. State Department, her county biography page says.