US report found it plausible COVID-19 leaked from Wuhan lab

WASHINGTON—A report on the origins of COVID-19 by a U.S. government national laboratory concluded that the hypothesis claiming the virus leaked from a Chinese lab in Wuhan is plausible and deserves further investigation, according to people familiar with the classified document.

The study was prepared in May 2020 by the Lawrence Livermore National Laboratory in California and was drawn on by the State Department when it conducted an inquiry into the pandemic’s origins during the final months of the Trump administration.

It is attracting fresh interest in Congress now that President Biden has ordered that U.S. intelligence agencies report to him within 90 days on how the virus emerged. Mr. Biden said that U.S. intelligence has focused on two scenarios—whether the coronavirus came from human contact with an infected animal or from a laboratory accident.

People familiar with the study said that it was prepared by Lawrence Livermore’s "Z Division," which is its intelligence arm. Lawrence Livermore has considerable expertise on biological issues. Its assessment drew on genomic analysis of the SARS-COV-2 virus, which causes COVID19, they said.

Scientists analyze the genetic makeup of viruses to try to determine how they evolved and spread in the population. Proponents on both sides of the debate over the origins of Covid-19 have cited such analysis to try to make their case.

A spokeswoman for Lawrence Livermore declined to comment on the report, which remains secret.

The assessment is said to have been among the first U.S. government efforts to seriously explore the hypothesis that the virus leaked from China’s Wuhan Institute of Virology along with the competing hypothesis the pandemic began with human contact with infected animals.

One person who read the document, which is dated May 27, 2020, said it made a strong case for further inquiry into the possibility the virus seeped out of the lab.

The study also had a major influence on the State Department’s probe into Covid-19’s origins. State Department officials received the study in late October 2020 and asked for more information, according to a timeline by the agency’s arms control and verification bureau, which was reviewed by The Wall Street Journal. 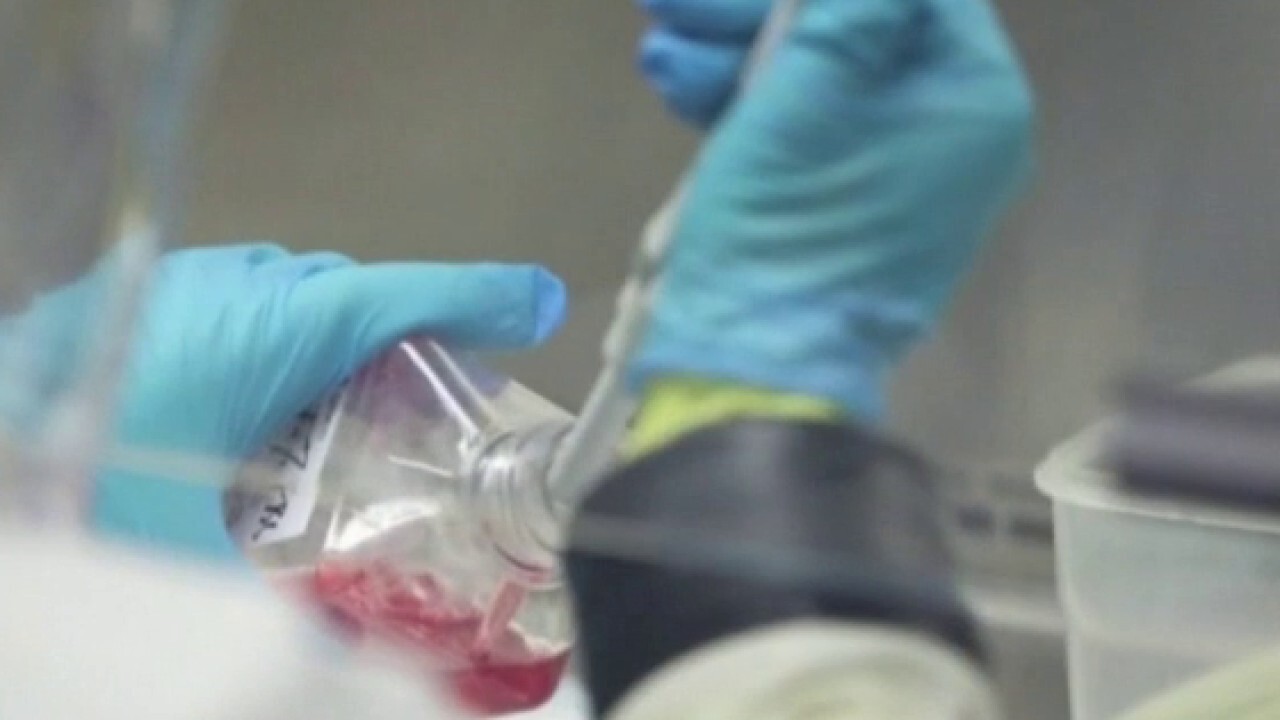 Giroir tells ‘Fox Business Tonight’ ‘overwhelmingly, I think the likelihood is it was a leak from the laboratory’

The study was important because it came from a respected national laboratory and differed from the dominant view in spring 2020 that the virus almost certainly was first transmitted to humans via an infected animal, a former official involved in the State Department inquiry said.

The State Department’s findings, which were vetted by U.S. intelligence agencies, were made public in a Jan. 15 fact sheet that listed a series of circumstantial reasons why the COVID-19 outbreak might have originated as a result of a lab accident. They include the assertion that "the U.S. government has reason to believe that several researchers inside the WIV became sick in autumn 2019" with symptoms that were consistent with COVID-19 or a seasonal flu.

The Journal reported last month that this assertion was based, at least in part, on a U.S. intelligence report, that three WIV researchers became sick enough in November 2019 that they sought hospital care.

White House spokeswoman Jen Psaki has said that the information on the three researchers came from a foreign entity and that additional corroboration is needed. Biden administration officials have also noted that the State Department’s Jan. 15 fact sheet acknowledges that the U.S. government doesn’t know precisely where, when and how the virus was first transmitted to humans.

The existence of the Lawrence Livermore study was reported by the Sinclair Broadcast Group last month and was noted in a recent article by Vanity Fair.

In his statement on May 26 calling for a fresh intelligence investigation, Mr. Biden didn’t reference the classified Lawrence Livermore report, but he said that U.S. national laboratories, overseen by the Energy Department, would augment the spy agencies’ work.

After the initial public reports about the Lawrence Livermore study, Republicans on the House Energy and Commerce Committee—who are conducting their own investigations into Covid-19’s origins—wrote the lab’s director, Dr. Kimberly Budil, requesting a classified briefing on the issue.

Secretary of State Antony Blinken said in a recent interview with Axios that was broadcast on HBO Max that the U.S. needs to get to the bottom of what happened to prevent or mitigate the effects of future pandemics.

"What the government didn’t do in the early days and still hasn’t done is given us the transparency we need," Mr. Blinken told Axios.