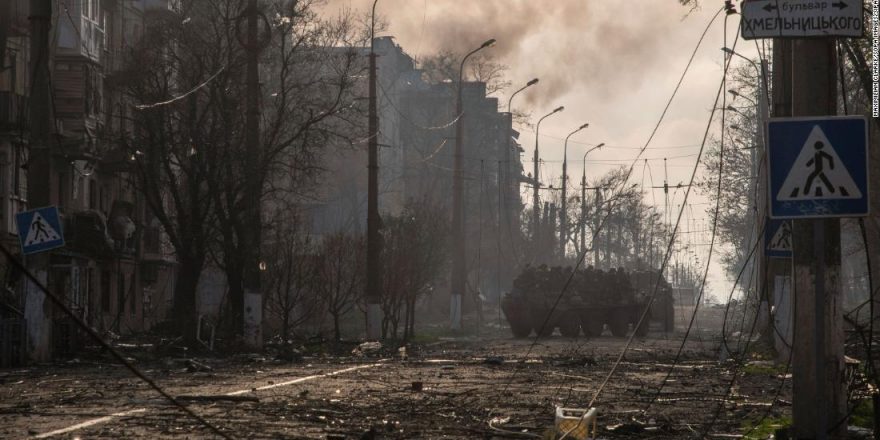 (CNN Business)After weeks of on-scene, live coverage of the war in Ukraine by some of the world’s best journalists, news platforms have been faced in recent days with the challenge of reporting on one of the most intense moments of the brutal conflict, the siege of Mariupol, with little or no direct access to it.

“This is a throwback to earlier days when we didn’t have live cameras everywhere,” Andrew Heyward, former president of CBS News, said of the challenges news organizations faced this week as they tried to cover a second ultimatum from Russia for Ukrainian troops in the city to surrender.
Ukranian troops and a number of civilians, reportedly in the hundreds, remained surrounded at a steel plant in the city Wednesday morning as another Russian deadline passed. On Thursday, Ukrainian president Volodymyr Zelensky said “thousands” of civilians remain blockaded inside Mariupol.

“The circumstances surrounding the coverage of Mariupol are perhaps unprecedented in recent times—a relatively large city being overtaken in war with very few legacy correspondents on the ground to provide first-hand accounts. There’s no Ernie Pyle-type correspondent on the ground. There are no embedded reporters like we had in the Iraq invasion,” said Tim Franklin, senior associate dean of the Northwestern University’s Medill School of Journalism, Media, Integrated Marketing Communications. Franklin also helped create an international network of fact checkers when he was president of The Poynter Institute, a nonprofit journalism think tank.

“Obviously, getting independent, verifiable information out of that city is very difficult for CNN,” correspondent Matt Rivers said in a report from Lviv Wednesday morning. “You can’t have teams on the ground. There’s very little infrastructure for communications. It’s just tough to get in contact with people.”

Rivers was reporting on a humanitarian corridor possibly being established by the Russians to allow remaining civilians to leave the city. But he told viewers that the information could not be verified and acknowledged the Russian history of consistently lying about such matters. Indeed, no such corridor was established that day.
In earlier days of the brutal Russian attack of Ukraine, reporters and correspondents for such legacy institutions such as the Associated Press provided powerful and verified accounts and images from inside the embattled city. Two AP journalists, Mstylsav Chernov and Evgeniy Maloletka, were being hunted down by Russian troops as Ukrainian soldiers helped them escape the city. 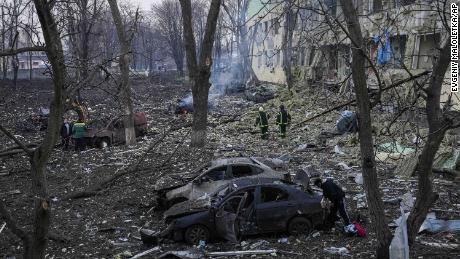 But in recent days, editors and producers had primarily unverified videos, audio intercepts, government statements, social media posts by citizens and soldiers and satellite and drone imagery to use in reporting on Mariupol. (Some words and images of Mariupol labeled onscreen as being from Reuters on Monday and Tuesday were included in cable news reports this week.)
An unverified video shown across U.S. media Wednesday featured Maj. Serhiy Volyna, the commander of the last troops in Mariupol, pleading for help. He said in the video that there were civilians and about 500 wounded troops at the Azovstal steel plant.
“We are probably facing our last days, if not hours,” he said in the video. “This could be the last appeal of our lives.”
It was chilling and dramatic, but his statements were not verified.
Also receiving a lot of play was an audio intercept of what was said to be a Russian commander saying they were going to “level everything” in and around the steel plant in Mariupol.
“We are expecting surprises from Russia here,” the commander is heard saying.
When asked what kind of surprises by an unidentified voice, he says, “Three-ton ones, from the sky.”
The intercept was credited to Security Services of Ukraine (SBU), and that identification was prominently displayed, at least in CNN’s reporting of it. But, again, it was not verified, and the steel works were not leveled. In fact, several outlets, including CNN, Reuters and The Guardian, reported Thursday that Russian President Vladimir Putin had called off the storming of the facility instead ordering a blockade “so that a fly cannot not pass through.”
The war has involved two countries highly skilled in their use of media and deeply engaged in an information war as well as the armed conflict.
“To preserve trust, this is a time when news organizations must go out of their way to be transparent with readers, listeners and viewers,” Franklin said. (Franklin was editor at the Baltimore Sun when I was TV and media critic for the paper.)
“Of course, there are technological tools they can use to try to verify authenticity of some user-generated videos and photos. That could help. But the bottom line is they need to be completely upfront about what they know—and don’t know,” Franklin said.
CNN chief international correspondent Clarissa Ward said those tools have been of great help in covering Ukraine amid a crush of amateur videos, crowdsourced content and sometimes difficult to discern satellite imagery.
“Because we’re limited in our movements … and we’re getting all this information in on social media, it becomes much trickier to try to ascertain what is real and what is disinformation, what is current and what is old,” she told Anderson Cooper in a CNN interview. “And we’re really lucky because we have a support team of several individuals working around the clock Geolocating this material trying to put it in inappropriate context. This is a relatively new thing in journalism that has sort of evolved over the last few years. But it’s become a crucial part of doing the job.”
Heyward, a senior adviser at MIT’s Center for Constructive Communication and the Walter Cronkite School of Journalism and Mass Communication at Arizona State University, said another challenge news outlets face in covering Mariupol is one of audience expectations.
“Viewers are accustomed to seeing correspondents on scene and reporting live wherever news is happening, but that’s not possible in Mariupol right now for obvious reasons,” he said. “But…networks can draw on social media and video generated by people still in the city, including ordinary citizens.”
Such reporting “requires additional vigilance and verification as well as clear communication with the audience about sourcing,” Heyward noted.
“But this isn’t North Korea, or Moscow for that matter: We’re still getting the story,” he said. “As long as there is transparency and appropriate qualification, such reporting can still be of enormous value … It can still provide the audience with a good sense of this awful, even unthinkable, tragedy.”
Heyward offered an example of network news successfully using multiple tools to cover combat from his days at CBS.

“You’ll recall that during the second Iraq war, the networks had correspondents embedded with the troops — just the opposite of the situation in Ukraine now. But CBS News also counted on David Martin at the Pentagon to work his impeccable sources for the big picture — we had amazing access and video on the battlefield but didn’t want to rely just on what our teams were seeing without David providing the larger context,” he said.
“There’s nothing like on-scene reporting, but in a fluid and complex story like the war in Ukraine, journalists have to reach deeply into their toolboxes to get the job done — and I think we’re seeing some impressive results.”
Source: Read Full Article