Home » Politics » U.S. Chamber of Commerce fundraising surged to over $215 million in 2020 despite GOP leaders' criticism 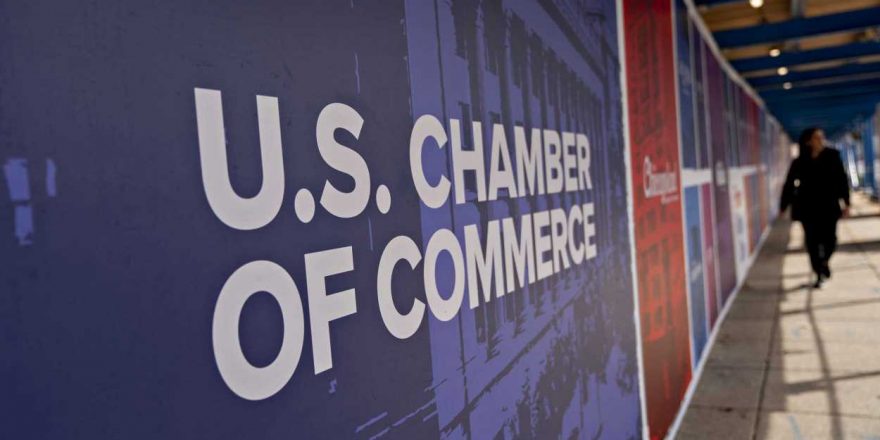 The U.S. Chamber of Commerce raised just over $215 million in 2020, an increase of about $60 million from the previous year, according to a new 990 tax form reviewed by CNBC. The group is officially a 501(c)(6) nonprofit and does not publicly disclose the names of their donors.

Chamber executives also saw a windfall, including then-CEO Tom Donohue, who made over $7 million in 2020, his final year as a head of the group, the document shows. That amount included bonuses and incentives worth just over $5.9 million.

Donohue reportedly made over $6 million a year earlier. Suzanne Clark, who became CEO earlier this year, made over $4 million as the group's president in 2020, including over $3 million in bonuses and incentives.

The organization spent in excess of $80 million on lobbying last year alone, according to data from the nonpartisan Center for Responsive Politics. Their net assets at the end of the year was over $30 million.

The Chamber advocates for pro-business policies. It had a separate political action committee that contributed to both Democrats and Republicans. The Chamber of Commerce has often backed policies that align with Republicans' or more conservative Democratic lawmakers', such as not raising taxes and eliminating trade tariffs.

The group endorsed the $1 trillion bipartisan infrastructure bill that Biden signed last month but continues to oppose the over $1 trillion social spending package, which has yet to make its way out of Congress.

Republican leaders hammered the Chamber in 2020 for endorsing a group of House Democrats in the buildup to the last election.

"I don't want the U.S. Chamber's endorsement because they have sold out," McCarthy said at the time. "It is hypocrisy that the U.S. Chamber of Commerce would endorse the Democrats that are part of this socialist agenda that is driving this country out, and it's fighting this president."

Sen. Mitch McConnell, R-Ky., who at the time was the Senate majority leader, took a swipe at the group around the same time.

"Honestly at this point, I think they're so confused about what they're about that they probably don't make much difference," McConnell said.

Since then, the chamber has seen a few senior leaders leave the organization. The corporate giant Charles Schwab left the Chamber of Commerce following its decision to close its political action committee in the aftermath of the deadly riot on Capitol Hill on Jan. 6.

Donohue blasted former President Donald Trump's role in the buildup to the riot.

"The president's conduct last week was absolutely unacceptable and completely inexcusable. By his words and actions, he has undermined our democratic institutions and ideals," Donohue said in January.

Trump and the Chamber had butted heads before, especially over the then-president's tariffs. In 2019, after a Chamber official spoke out against the use of tariffs on CNBC, Trump called into the network to give his counterpoints and rip the group's stance on trade.