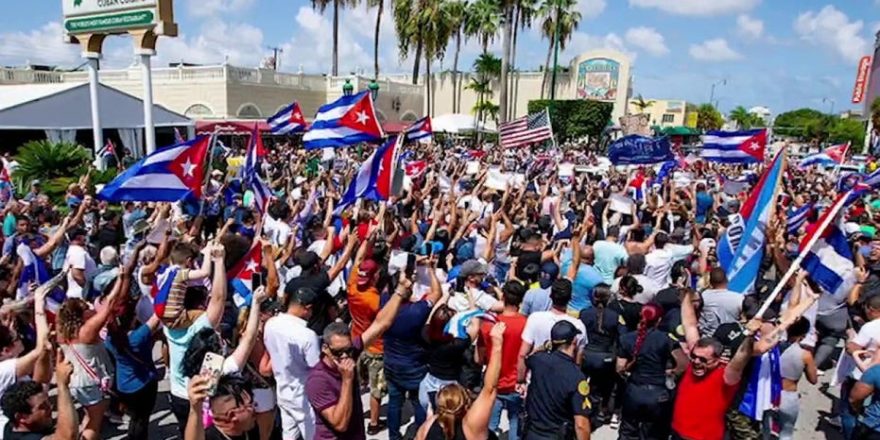 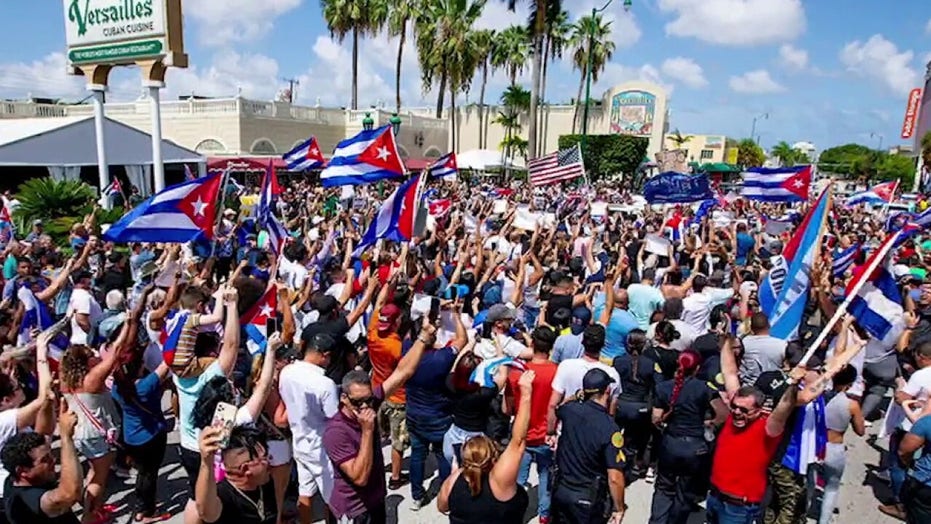 Demonstrations in Miami show support for Cuba: ‘Cuba has to be free’

The Biden administration this week warned Cubans attempting to enter the U.S. by boat that they would be turned back or sent to a third country — all while tens of thousands of migrants arriving at the southern border are being let in.

“Allow me to be clear. If you take to the sea, you will not come to the United States,” Department of Homeland Security Secretary Alejandro Mayorkas said this week about migrants from Cuba and Haiti coming across the Florida Straits.

As political protests against the authoritarian communist regime rock the country, there are fears of a spike in migrants fleeing. Mayorkas said DHS has not yet seen a surge, but warned that those coming over would not come in — but could be referred to a third country.

“They are returned by vessels of interdiction. If individuals establish a well-founded fear of persecution or torture, they are referred to third countries for settlement,” he said. “They will not enter the United States.”

While Mayorkas’ comments do not reflect a new policy by DHS, and such policies have been carried out by different administrations for years, it is a stark contrast to the Biden administration’s approach to the southern border.

There, the administration has ended the Trump-era Migrant Protection Protocols (MPP) which kept migrants in Mexico and the Asylum Cooperative Agreements (ACAs), which were agreements with Northern Triangle countries to have migrants claim asylum there instead rather than in the U.S.

Additionally, while it is expelling single adults via Title 42 public health protections, it is not expelling migrant families or unaccompanied children — and has made it a focus to quicken the process by which families and children are processed and released into the United States, often without court dates.

His remarks drew criticism of double standards from the right, and accusations of cruelty from the left.

“Why doesn’t he say this to illegals crossing our southern border?”  Texas Rep. Lance Gooden tweeted.

Former acting DHS Secretary Chad Wolf told Fox News that the approaches to each of the issues were inconsistent, and noted that Cuban nationals who entered via the southern border could be processed into the U.S. and would not be sent to a third country – which is completely different to what happens if they come by boat.

“So if you’re Cuban and you make it to Mexico and you walk across the southern border illegally, they are not returning you to a third country,” he said in an interview this week. “But if you are Cuban and you try and flee by boat over the Florida Straits then they are according to the secretary, so it’s very inconsistent.” 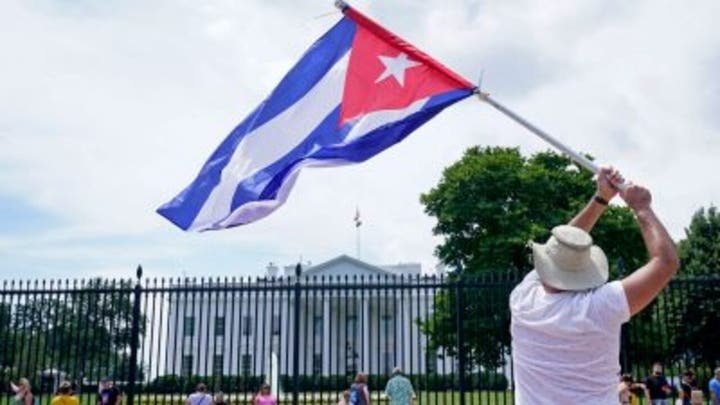 He argued that the policy the administration was pursuing with maritime interdictions, namely sending migrants to third countries, was similar to the Trump-era policy at the border which the Biden administration quickly unraveled.

“If they want to resettle folks claiming asylum in a third country, that’s exactly what the Trump administration was doing for the southwest border, that’s why we had the ACAs, it’s why we had MPP — that’s the whole strategy,” he said.

“It should also be the policy, it doesn’t matter how you come to the country, it should be the policy wherever we’re at, and that was the type of policy we were working on and getting to in the Trump administration so there would not be this rush and this crisis that you see today,” he said.

A DHS spokesperson told Fox News that there has not been a change in policy, and the policy has long been to return those interdicted at sea to their country of nationality or to a third country for resettlement.

“Individuals encountered on US soil are processed under laws governing such processing. Third country resettlement is an option for those who are interdicted at sea,” the spokesperson said. 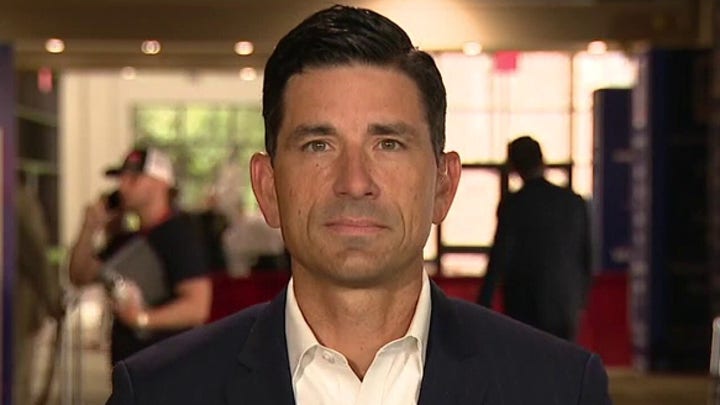 There is also a question of the particular countries’ human rights records. The communist regime in Cuba is known for its brutality against those who oppose it. Wolf said its record is one of the worst in the hemisphere, and so one may expect nationals from there to be a priority for asylum requests.

“This administration talks a lot about asylees and needing to protect individuals that are being persecuted, and I think of all the countries we see, at least in this hemisphere, except for maybe Venezuela, Cuba is probably the most oppressive government we have,” he said. “So the question is why are they not allowing folks from Cuba to resettle in the U.S. like they are folks from Guatemala when the asylum claim from Cuba is likely greater.”

The debate comes amid increasing pressure on the White House on the issue of Cuba, as well as questions over its handling of the southern border.

On Friday, Customs and Border Protection (CBP) announced there had been more than 188,000 migrants encounters at the border, including more than 55,000 family units. Of those family units, only just over 8,000 had been turned away via Title 42, the stats show.