Home » Politics » Tucker Carlson: What we still don't know about the Capitol riot

Tucker Carlson: What we still don't know about the Capitol riot 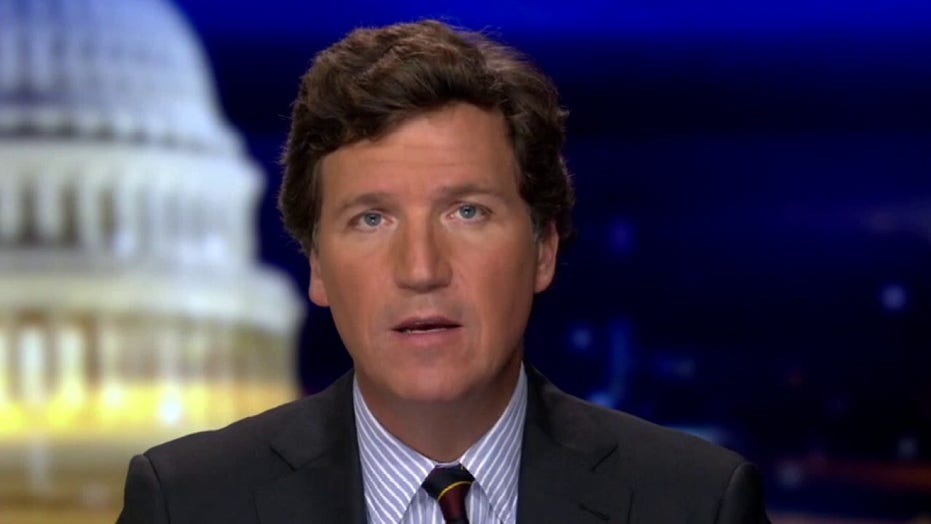 Tucker: Why are Democrats lying about how Capitol riot started?

It’s funny how change happens. You thought the big change came on Election Day, when the incumbent president lost, but that turned out to be nothing compared to the change that came two months later.

On Jan. 6, supporters of Donald Trump swarmed the Capitol building. Some forced their way inside, and Washington has never been the same. It may never be the same. As a result of what happened on Jan. 6, your descendants will live in a very different country. Some in Congress have compared that day to 9/11. Senate Majority Leader Chuck Schumer, D-N.Y., has likened it to Pearl Harbor, which spurred America’s entry into the Second World War.

Every day we hear new and more florid comparisons from Democratic partisans. But Tuesay night, CNN outdid all of them by comparing what happened Jan. 6 to the Rwandan genocide.

Keep in mind that close to a million people were murdered in Rwanda in 1994, about 70% of all ethnic Tutsis in the country. Entire towns were hacked to death with machetes. People were set on fire and crushed alive by bulldozers. Hundreds of thousands of women were raped. It was among the most horrifying crimes in human history.

How does a country recover from something like that? Well, first, obviously, you punish the guilty quickly and severely. Then, and this is more important, you set about reordering your society from top to bottom to make certain nothing like that ever happens again. So you purge the military, suspend basic civil liberties, send troops to the capital, tear down the old, destroy all vestiges of the past in order to save the future.

However, before we remake America to prevent future genocide at the Capitol, maybe we should know a little bit more about the crime that occurred on Jan. 6, if only to understand the justification for overturning our lives permanently. What exactly did happen that day? You may be surprised to learn how little we know, even now. In fact, it’s remarkable how many of the most basic questions remain unanswered more than a month after the fact.

Let’s start with the headline of the day: Five Americans died on the Capitol grounds on Jan. 6. You’ve heard that, but it doesn’t really tell you very much. It’s the details, as always, that matter. Who were these people and how did they die? That’s how you understand what actually happened.

So with that in mind, here are the facts: Four of the five who died that day were Trump supporters. The fifth was a Capitol Hill police officer who apparently also supported Donald Trump. Why is this relevant? Of course, the political views of the deceased shouldn’t matter, but unfortunately, in this case, they do. Rep, Alexandria Ocasio-Cortez, D.N.Y., and many other elected Democrats claim the mob was coming for them that day. Yet the only recorded casualties on January 6th were people who voted for Donald Trump.

The first among them was a 34-year-old woman from Georgia called Rosanne Boyland. Authorities initially announced that Boyland died of a “medical emergency”. Later video footage suggested she may have accidentally been trampled by the crowd. We’re still not sure, but that’s the best guess.

The second casualty was 55-year-old Kevin Greeson, who died of heart failure while talking to his wife on a cell phone outside the Capitol. “Kevin had a history of high blood pressure,” his wife later said, “and in the midst of the excitement, suffered a heart attack.”

The third was 50 year old Benjamin Phillips of Ringtown, Pa. Phillips was a Trump supporter who organized a bus trip to Washington for the rally that day. He died of a stroke on the grounds of the Capitol. There is no evidence that Phillips rioted or was injured by rioters or even went inside the Capitol building.

The fourth person to die, the only one from intentional violence, was 35-year-old Ashli Babbit, a military veteran from San Diego. Babbitt was wearing a Trump cape when she was shot to death by a Capitol Hill police lieutenant. Babbitt’s death was caught on video, so hers is the best-documented death that took place that day. Yet it is surprising how little we know about it.

Babbitt was shot as she tried to crawl through a broken window into the Speaker’s Lobby within the Capitol, and that’s essentially the extent of what we know. Authorities have refused to release the name of the man who shot her or divulge any details of the investigation they say they’ve done. We may never know exactly why this unnamed Capitol Hill police officer took her life.

According to that officer’s attorney, “There is no way to look at the evidence and think that he is anything but a hero.” Of course, we can’t actually look at that evidence, because they’re withholding it. We can’t even know his identity. Killing an unarmed woman may be justified under certain specific circumstances, but since when is it “heroic” when the dead woman has read QAnon websites? Republicans aren’t asking that question.

Cicilline is a former mafia lawyer from Providence, so presumably he knows what it is to commit a felony with a firearm. There are no reports of rioters at the Capitol building Jan. 6 discharging weapons or threatening anyone with a gun. So what exactly is David Cicilline talking about?

Apparently, he’s referring to the death of Officer Brian Sicknick. In the hours after the riot, The New York Times reported that Trump supporters had brutally beaten Oficer Sicknick to death with a fire extinguisher. The news of Sicknick’s death by violence was quickly picked up by countless other media outlets that repeated and then amplified it.

That account forms the basis of the myth that Democrats have constructed around Jan. 6. Sicknick’s remains lay in honor at the Capitol building. Streams of politicians, who just months before had told us that cops were racist by definition, praised Brian Sicknick as a hero. They had finally found a police officer who served their political uses.

Just one problem: The story they told was a lie from beginning to end. Officer Sicknick was not beaten to death, with a fire extinguisher or anything else. According to an exhaustive and fascinating new analysis on Revolver News, there’s no evidence that Brian Sicknick was hit with a fire extinguisher at any point on Jan 6. The officer’s body apparently bore no signs of trauma. In fact, on the night of Jan. 6, long after rioters at the Capitol had been arrested or dispersed, Brian Sicknick texted his brother from his office. According to his brother, Sicknick said he’d been “pepper-sprayed twice” but was otherwise in good shape. Twenty-four hours later, Officer Brian Sicknick was dead.

How did he die? The head of the Capitol police union has said he had a stroke. His body was cremated immediately, and uthorities have refused to release his autopsy. No one has been charged in his death, and no charges are pending. Whatever happened to Brian Sicknick was tragic, obviously, but it was also very different from what they have told us. They have lied about how he died. They’ve lied about a lot.

How did this riot start, anyway? Was it a spontaneous event incited by a reckless president in a fit of vicious pique? Was the riot long-planned, the result of a conspiracy? Those are two theories of what happened and both cannont be true.

This weekend, the former Capitol Police chief, Steven Sund, claimed in a letter to House Speaker Nancy Pelosi that there was no intelligence suggesting that a riot might be imminent at the Capitol.

Apparently, the Washington Post has better sources than Sund. Days after Jan. 6, the newspaper reported that it was well-known that a group of Trump supporters was headed to the city to cause trouble. The FBI almost certainly knew this, they likely had paid informers in the ranks of protesters.

So if the authorities knew that violence might be coming to the Capitol, where was the necessary security? It wasn’t there.

We’re not sure what all this means and we’re not going to speculate. We do know for certain that the known facts of what happened on Jan. 6 deviate in very important ways from the story they are now telling us, including the story Democrats are telling in the impeachment trial. In many places, the known facts bear no resemblance to the story they’re telling. They’re just flat-out lying. There’s no question about that.

This article is adapted from Tucker Carlson’s opening commentary of the Jan. 10, 2021 edition of “Tucker Carlson Tonight.” 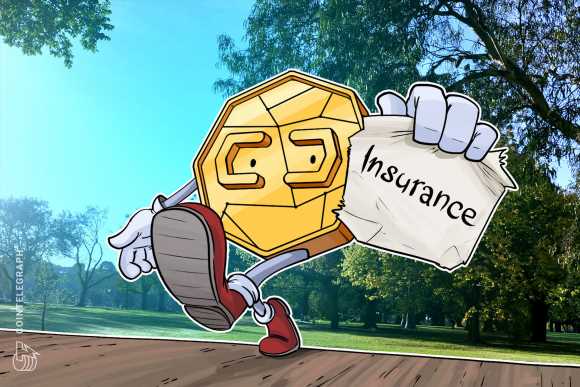 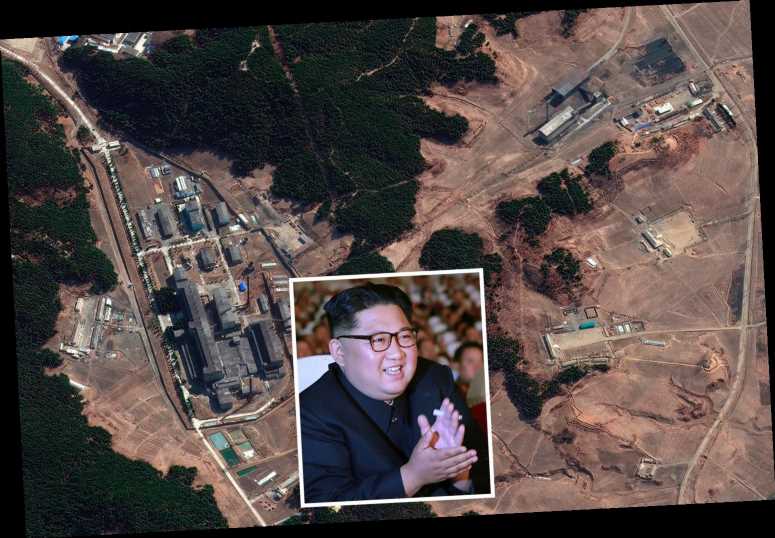 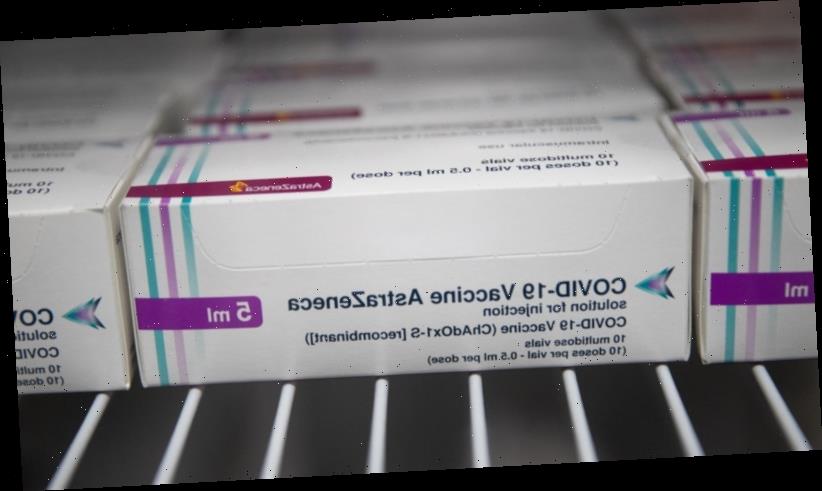 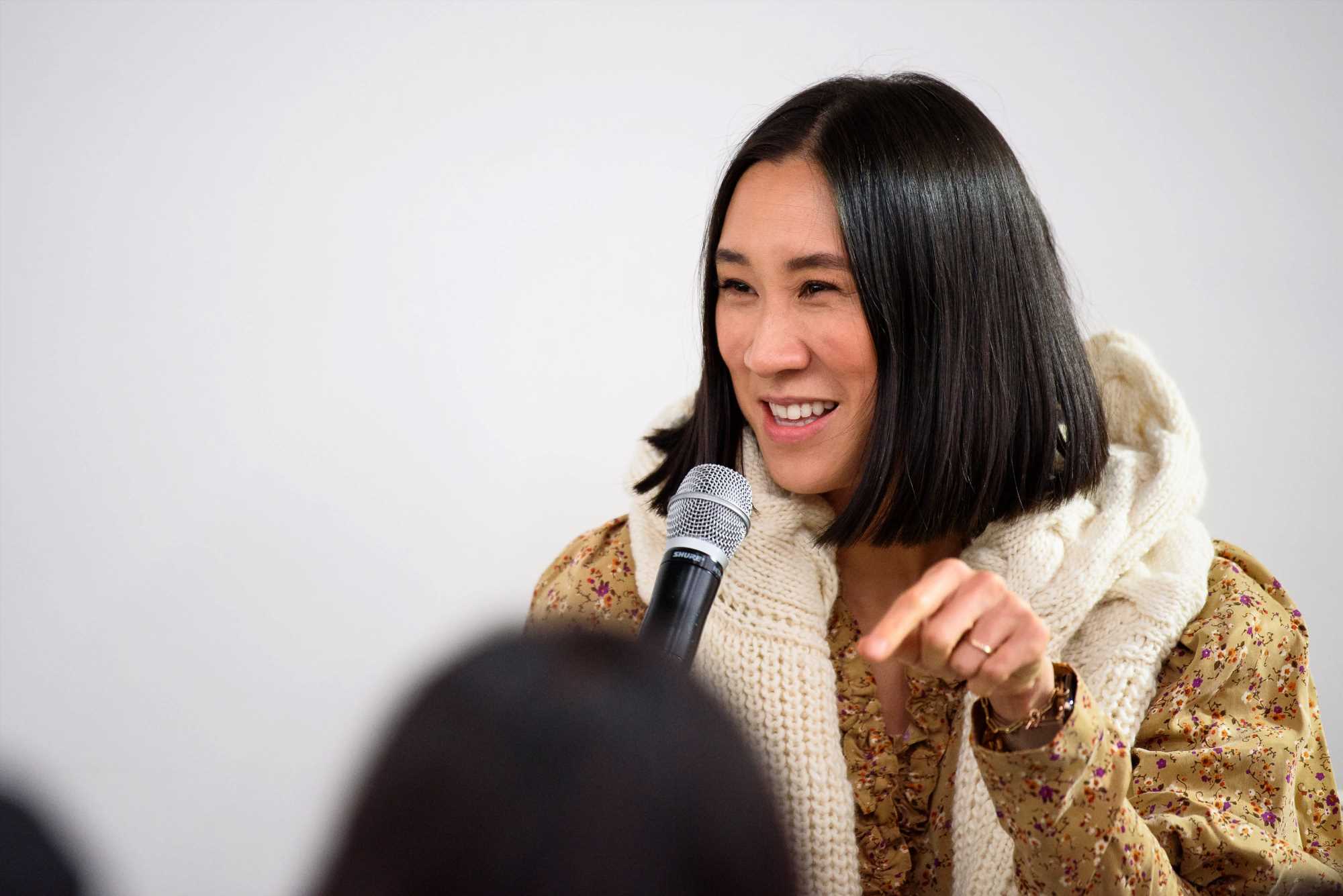 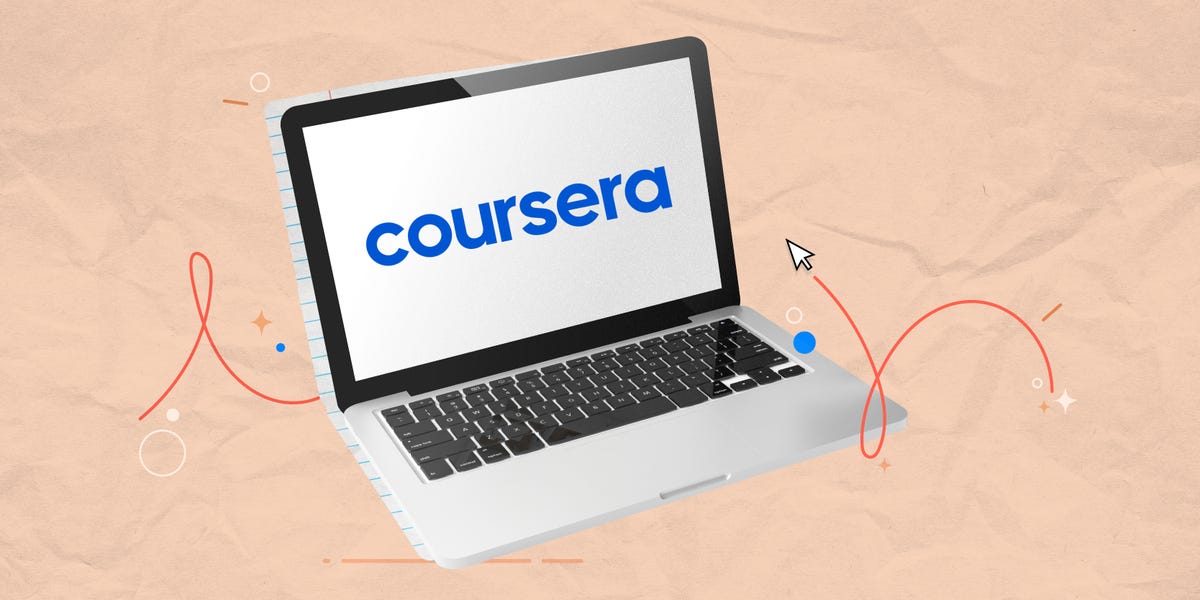 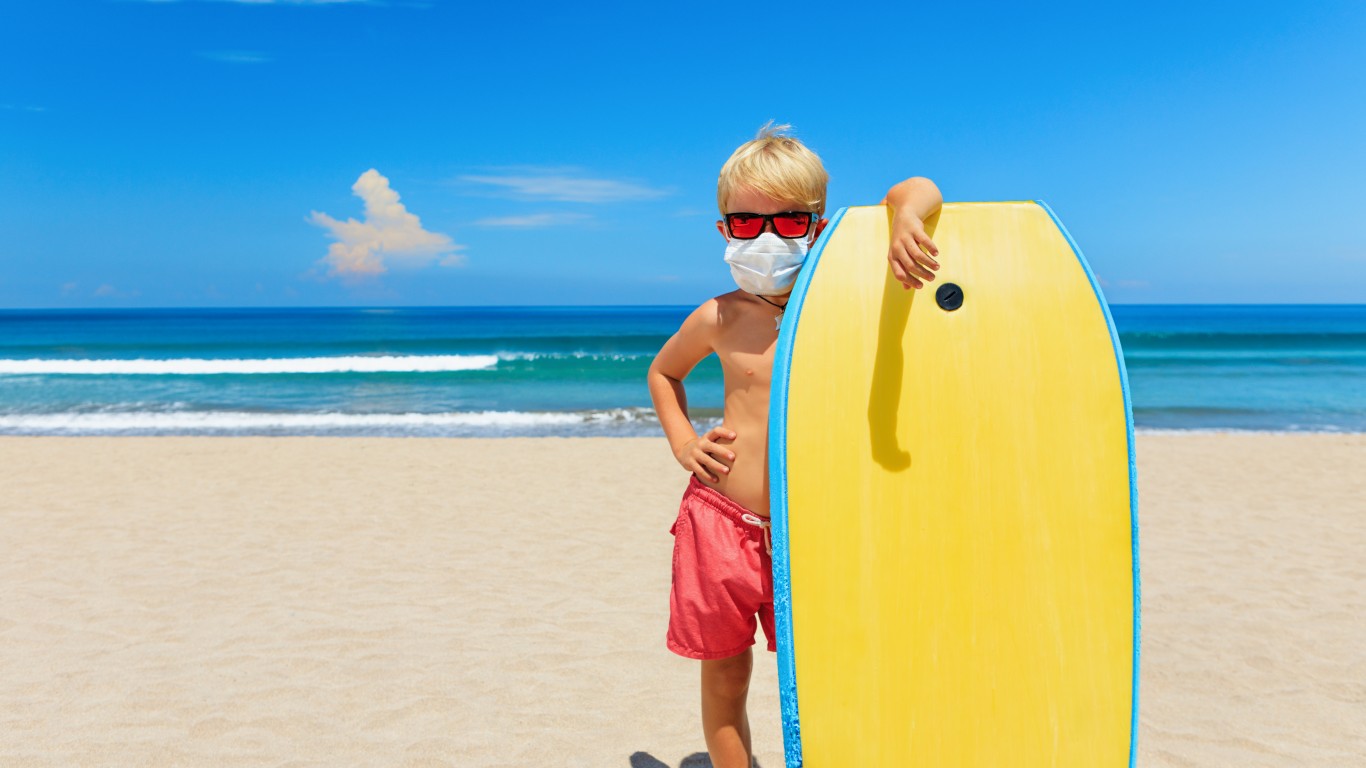