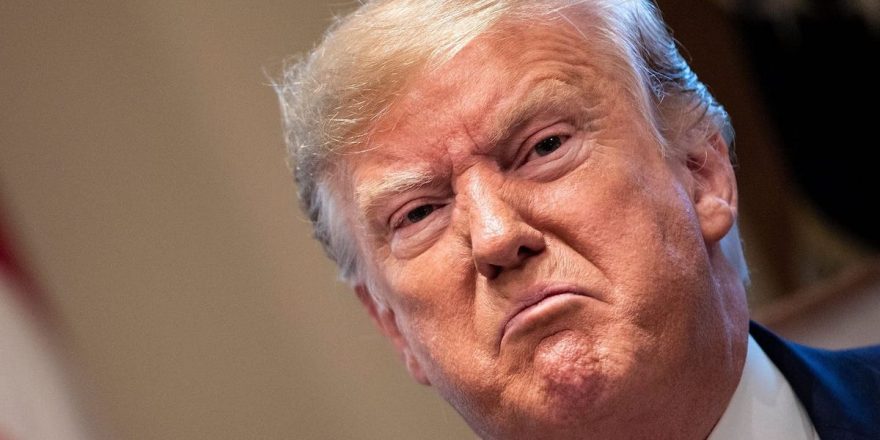 Social media chatter about former President Donald Trump has fallen by around 91% since he was banned from Facebook and Twitter in January, The Hill reported.

The outlet cited data compiled by Newswhip, a media intelligence agency, which found that mentions of Trump had dropped steeply between January 6 and May 3, and particularly after the end of his second impeachment trial in February.

Trump has struggled to remain in the spotlight among social media users since he was banned from Twitter and Facebook in January.

It came after the Capitol riot in Washington, DC, where a mob of his supporters violently raided the building in an attempt to overturn the election.

Both sites said that continuing to allow Trump access to his accounts risked inciting further violence.

Facebook’s Oversight Board announced on Wednesday that it would continue its suspension of Trump from the platform, saying in a statement: “The Board has upheld Facebook’s decision on January 7 to suspend then-President Trump from Facebook and Instagram. Trump’s posts during the Capitol riot severely violated Facebook’s rules and encouraged and legitimized violence.”

Trump reacted furiously to Facebook’s announcement, saying in a statement that the decision was “a total disgrace and an embarrassment to our Country,” adding that “these corrupt social media companies must pay a political price, and must never again be allowed to destroy and decimate our Electoral Process.”

The former president made the statement on a new personal blog which promises to publish content “straight from the desk” of Trump.

He previously emailed his statements to his subscribers and followers, but will now publish the statements on his own website, where users are being encouraged to like posts. They will also be encouraged to share them on Twitter and Facebook to their own followers.

Jason Miller, a Trump adviser, had previously said in March that Trump would return to social media in “some form” within a few months.

“It’s going to completely redefine the game, and everybody is going to be waiting and watching to see what exactly President Trump does, but it will be his own platform,” he said.