Home » Politics » Trump vs. Biden on the Supreme Court: Where they stand

Trump vs. Biden on the Supreme Court: Where they stand 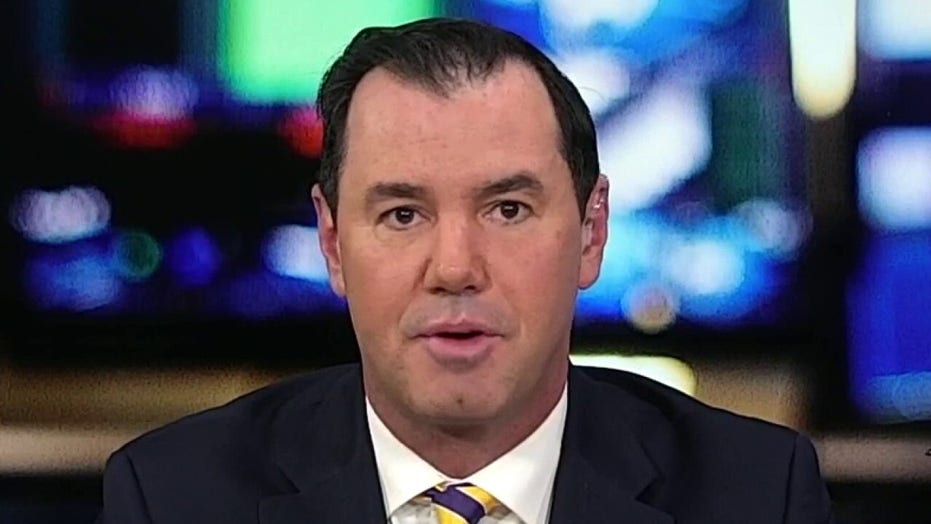 If Democrats take the White House, Senate, they will push to expand Supreme Court: Concha

In the days leading up to the presidential election, one topic that has sparked much debate has been the Supreme Court. With President Trump confirming his third justice, Democrats calling for expanding the court's roster if given the chance, and lawsuits that could potentially impact the election's results, both candidates have made significant statements on the high court.

President Trump's general stance regarding the makeup of the Supreme Court has been traditional, as he has vehemently opposed the idea of court packing and has blasted Democrats for suggesting it. He has appointed three conservatives jurists during his term in office: Justices Neil Gorsuch, Brett Kavanaugh and Amy Coney Barrett. While all three were the subjects of bitterly partisan confirmation processes, all were recognized for their qualifications.

Recent orders from the court, however, have left Trump concerned about his reelection chances. The Supreme Court allowed ballot deadline extensions to stand in the battleground states of Pennsylvania and North Carolina, increasing the chances of the election's results remaining unknown for days after Nov. 3.

Trump expressed his frustration Friday night, and alluded to how the court could end up changing under a possible Joe Biden administration.

Trump referenced the possibility of the Supreme Court being packed with an addition of liberal justices, or adopting a practice of revolving justices through the court should Biden win.

The Democratic nominee has not been totally clear on what he would do if elected, but he has plainly stated that he believes the Supreme Court needs systemic change, telling CBS' "60 Minutes" that it was "getting out of whack."

While left-wing organizations and some Democratic lawmakers have pushed for court packing to negate the current 6-3 conservative majority on the court, former vice president Joe Biden refused to weigh in on the issue for a significant portion of his campaign. He repeatedly refused to answer questions about whether they are in favor of increasing the number of justices on the court.

Biden finally said he was "not a fan" of the idea, which echoed what he had indicated during his primary campaign before the concept gained traction within his party.

It would be difficult to pack the court even if Biden wanted to. First, he would need Congress to pass legislation to expand the court, which would only work if Democrats took control of the Senate and changed rules to eliminate the filibuster so they would only need 51 votes instead of 60. Then, he would have to confirm new justices, which has proven to have become a heavily partisan process.

Instead, Biden has said he would call for a bipartisan commission to study how best to revamp the Supreme Court.

One such idea has been to rotate justices through the Supreme Court and into other federal courts, which would require appointing new justices.

“There is some literature among constitutional scholars about the possibility of going from one court to another court, not just always staying the whole time in the Supreme Court but I have made no judgment," Biden said at a campaign stop in Chester, Penn.

When asked if he would eliminate lifetime appointments to the Supreme Court, Biden said, "I'm not going to attempt to change that at all."