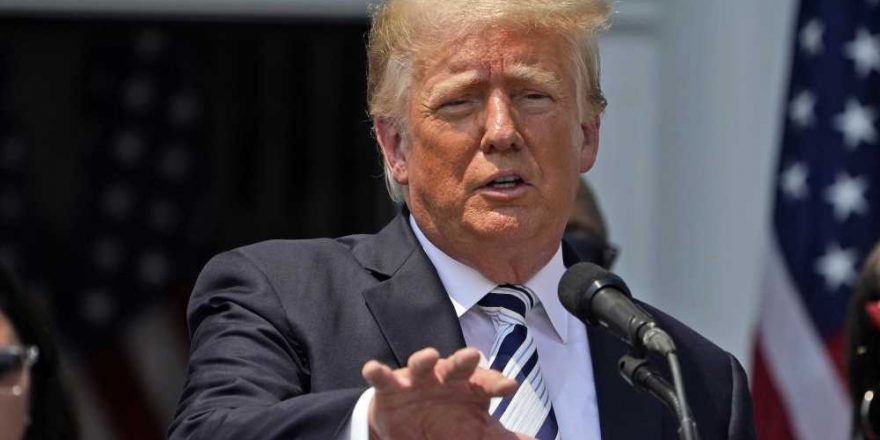 Trump Sues N.Y. Attorney General to Try to Halt Investigation Into His Business

Former President Donald Trump filed suit on Monday against New York Attorney General Letitia James in an attempt to stop her probe into his business practices, claiming that James is motivated by desire for revenge against him.

“Her mission is guided solely by political animus and a desire to harass, intimidate, and retaliate against a private citizen who she views as a political opponent,” the suit said. The suit, filed on Monday, claims that James has embarked on a “bitter crusade” against the former president and accuses her of having “tirelessly bombarded” them with “unwarranted” subpoenas. Outlining the case, the suit dedicates “multiple pages” to James’ criticism of the Trump administration as well as her past tweets.

'Silence of the Lambs': 'It Broke All the Rules'

James has been running a civil investigation into Trump’s business for two years, examining whether Trump inflated the value of his assets to deceive lenders in order to get better rates on loan and insurance while also lowering his tax burden. Recently this month, James said that she was looking to depose Trump, which prompted the former president to accuse her of “prosecutorial misconduct.” James requested Trump sit for a deposition on Jan. 7 in her office, according to The Washington Post, which also reported that a person familiar with the investigation said that James is looking into whether fraud “permeated the Trump Organization.”

Trump’s business responded to the request by calling the investigation “another political witch-hunt” in a statement to the Post. “The only focus of the New York AG is to investigate Trump, all for her own political ambitions. … This political prosecution is illegal, unethical and is a travesty to our great state and legal system,” the Trump Organization said.

In addition to the civil investigation, Trump faces a number of legal troubles, including a criminal investigation run by Manhattan District Attorney Cyrus Vance Jr. Over the summer, prosecutors charged the Trump Organization, along with Chief Financial Officer Allen Weisselberg, with 15 counts of financial crimes, including federal tax fraud, falsifying business records, grand larceny, and scheme conspiracy. Prosecutors claimed in the indictment that Trump’s business has for the past 15 years given tax-free benefits to its highest ranking executives, Weisselberg included. Both Weisselberg and the Trump Organization have pleaded not guilty.

The lawsuit was first reported by The New York Times.