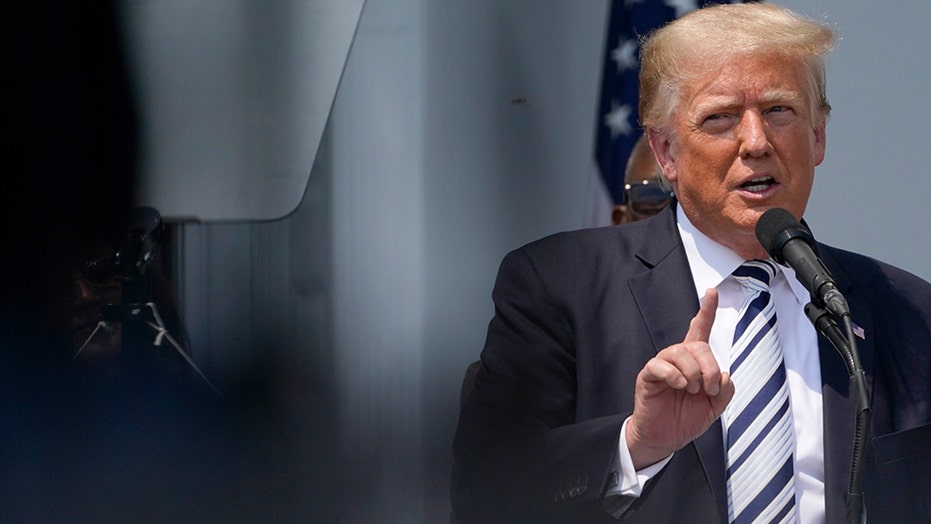 Trump’s remarks lasted about 90 minutes after a delay of at least a half hour from his scheduled starting time. He was greeted by “USA” chants as he walked on stage, and lauded the CPAC attendees as strong supporters of his movement.

“With the help of everyone here today, we will defeat the radical left, the socialists, Marxists and the critical race theorists,” Trump said. “We will secure our borders, we will stop left wing cancel culture, we will restore free speech and free elections and we will make America great again.”

Trump added that “the people in this room have been some of the staunchest and fiercest supporters” of “the greatest political movement in the history of our country.”

Trump Sunday also touted the actions he took as president, especially stringent immigration policies, and slammed President Biden for his handling of the border. 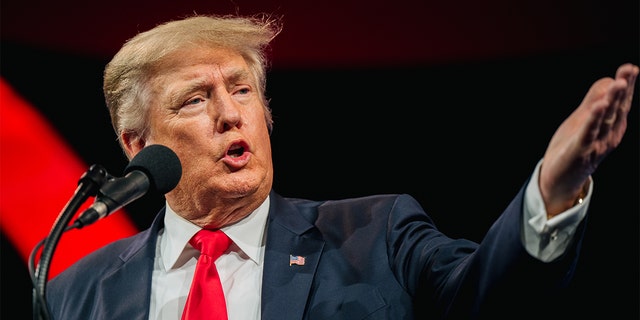 Former U.S. President Donald Trump speaks during the Conservative Political Action Conference CPAC held at the Hilton Anatole on July 11, 2021 in Dallas, Texas. CPAC began in 1974, and is a conference that brings together and hosts conservative organizations, activists, and world leaders in discussing current events and future political agendas.  (Photo by Brandon Bell/Getty Images)

“We deported criminal aliens by the thousands… and we built almost 500 miles of the border wall,” Trump said. “Now the Biden administration has turned the border into the single greatest disaster in American history.”

The former president spoke at the Orlando CPAC event in February and used his speech to attack President Joe Biden, Republicans who have not been loyal to him and to hint at a potential 2024 presidential run.

The Dallas CPAC event continues Trump’s continued resurgance into Republican politics after leaving the White House in January. Since the Orlando event Trump has made several major public speeches, including a recent one in Ohio supporting his former aide Max Miller in his campaign to unseat Rep. Anthony Gonzalez, R-Ohio.

Also since the February event, the GOP has moved closer and closer to Trump after some in the party distanced themselves from him in the wake of the Jan. 6 attack on the Capitol by a mob of his supporters.

House Minority Leader Kevin McCarthy, R-Calif., has worked to smooth over tensions within the party and get Trump on board to help House Republicans in 2022. And the House GOP Conference jettisoned Rep. Liz Cheney, R-Wyo., as their chairwoman over her denunciations of Trump’s false claims that the presidential election was stolen. 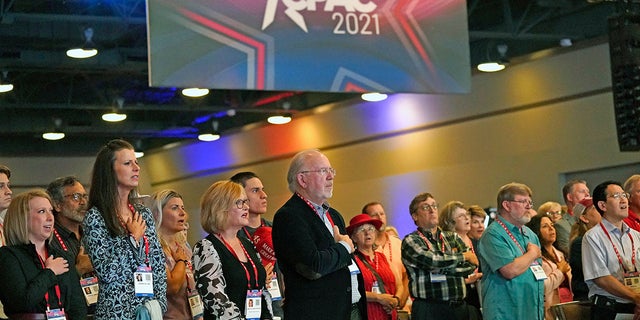 Conservative supporters place their hands over their chest during the national anthem at the opening general session of the Conservative Political Action Conference (CPAC) Friday, July 9, 2021, in Dallas. (AP Photo/LM Otero)

Trump spoke shortly after the release of the CPAC straw poll, which he won with 70% of the vote.

Trump Sunday doubled down on his false claims that the election was stolen, and attacked social media platforms and news organizations for allegedly suppressing claims of widespread election fraud.

“You say election fraud you get cancelled,” Trump said.

“Unfortunately this was an election where the person that counts the vote was far more important than the candidate,” Trump said, continuing to allege widespread voting fraud without evidence. “It’s a disgrace to our nation and we are truly being scorned and disrespected all over the world.”

The former president also mentioned his lawsuit against big tech companies over alleged censorship of conservatives on their platforms.

“They are hard at work to abolish the First Amendment as well,” Trump said. “The radical left and big tech’s attack on free speech is unlawful , it’s unconstitutional and it is completely unamerican.”

“To protect the Constitutional rights and liberties of every citizen this week I filed a major class action. A lot of people are joining,” Trump said to a standing ovation.

Critical race theory has been a controversial topic from local school boards to governors mansions in recent weeks, and Trump addressed it in his speech.

“Whoever thought we would be using that term,” Trump said.

Trump also aired familiar grievances, complainging about the investigation into alleged colluision between his 2016 campaign and Russia and the battle over Justice Brett Kavanaugh’s confirmation. And he doubled down on his attacks against former Attorney General Bill Barr on those topics. 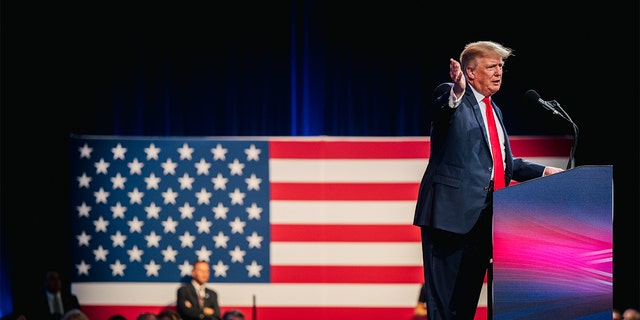 “I’m very disappointed that Bill Barr was unable to hold anyone accountable for the countless abuses of power by the Democrats,” Trump said. “He didn’t hold the corrupt officials who spied on our campaign… not the authors of the phony dossier… not the women who slandered and lied and defamed Brett Kavanaugh… not any of the numerous criminal referrals for lying to Congress over and over again, not any of the illegal leakers.”

“And by the way, where’s Durham, what happened?” Trump said, referencing special counsel John Durham who was assigned to investigate alleged misconduct in the Russia probe.

Trump went back to Kavanaugh and the Supreme Court later in his speech, this time in the context of alleged intimidation of the court by Democrats.

“The Democrats are vicious to the Supreme Court and to Kavanaugh,” Trump said, regarding court-packing calls and threats to impeach Kavanaugh. “They are playing the ref.”

Trump’s speech was lighter on attacks against other Republicans for insufficient loyalty than his address at the Orlando CPAC. And he also did not spend as much time teasing a potential presidential run – although he said earlier in the day on Fox News that he has already made up his mind on whether he will run or not.

Fox Nation is a sponsor of CPAC and will be streaming live speeches from the most influential conservatives at CPAC 2021: America Uncanceled. Sign up on foxnation.com to hear their message to America.