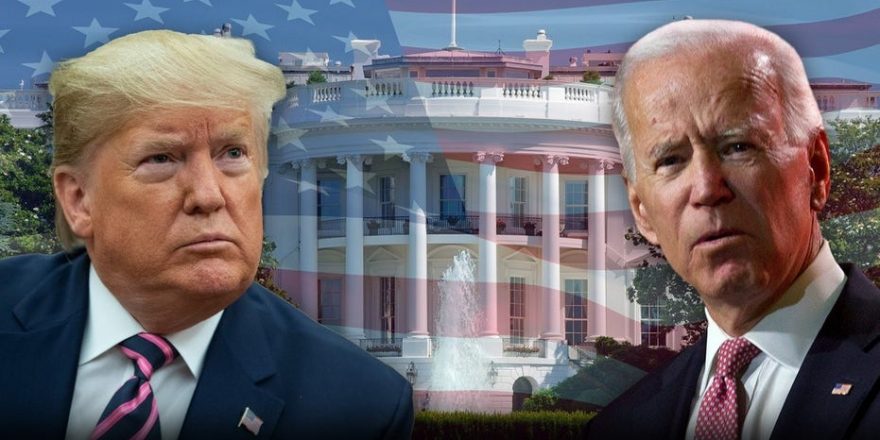 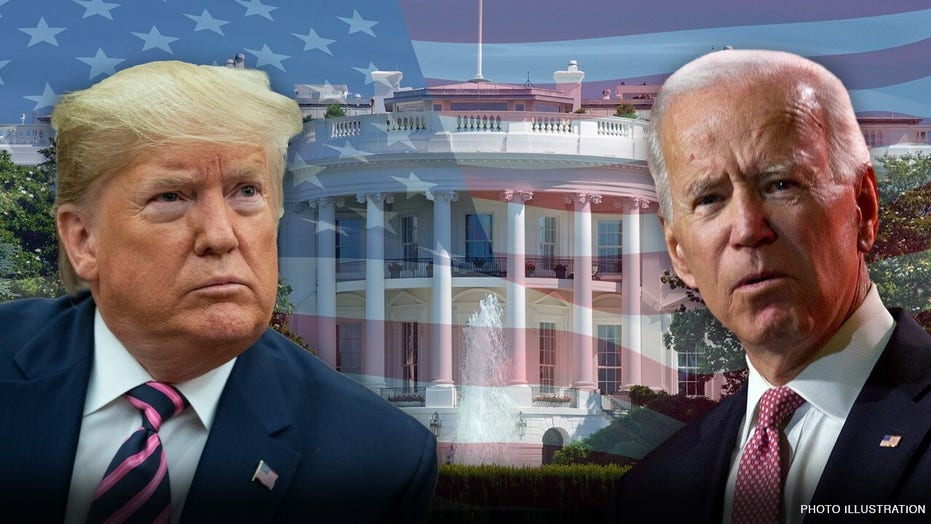 EXCLUSIVE: Former President Trump said his new media company will likely be up and running in the first quarter of 2022, telling Fox News in an exclusive interview that the platform is currently “under development” and will be a way of “getting our voice out to a lot of people.”

The former president touted his new media organization, in an exclusive interview with Fox News this week, saying Trump Media & Technology Group will “be in great shape” and “moving along very well” in early 2022.

When asked what the plan and purpose of the new company was, Trump said it is about “getting our voice out.”

Trump slammed the media, saying it “certainly is not a free press.” 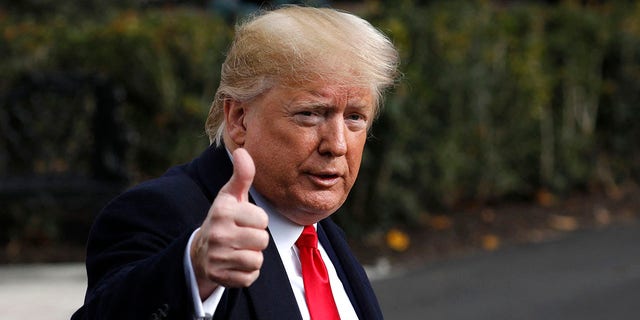 U.S. President Donald Trump thumbs up to the media after speaking about the impeachment hearings on the the South Lawn of the White House in Washington before his departure to Austin, Texas on November 20, 2019. Photo by Yuri Gripas/ABACAPRESS.COMNo Use France Digital. No Use France Print.

“It’s very corrupt, and we have to be able to get our voice out and this will be a way of getting our voice out loud and clear,” Trump said.

“I truly believe we have far more than 50% of the public of the people of this country—much more than 50%,” Trump said. “This is a way of getting a strong word out from a lot of different people who should be heard.”

Earlier this month, Trump Media & Technology Group (TMTG) announced that Rep. Devin Nunes, R-Calif., would resign from Congress at the end of the year, and join the company as chief executive officer.

“Devin’s been a fantastic leader,” Trump told Fox News, adding that the company’s main product is “under development right now.” “He also understands big tech, and small tech, and he is very, very much involved in that, which is an ability in itself, and I think he’s going to do a fantastic job.” 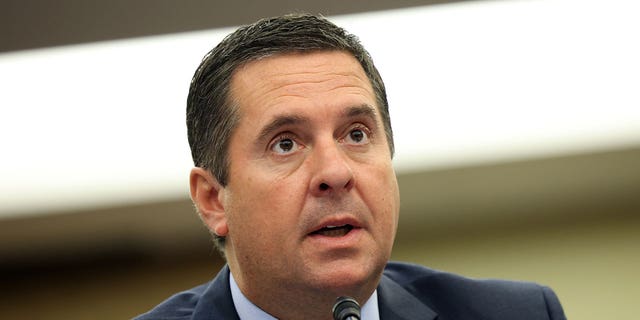 WASHINGTON, DC – JUNE 29: U.S. Rep. Devin Nunes (R-CA) testifies during a Republican-led forum on the origins of the COVID-19 virus at the U.S. Capitol on June 29, 2021 in Washington, DC. The forum examined the theory that the coronavirus came from a lab in Wuhan, China. (Photo by Kevin Dietsch/Getty Images)
(Kevin Dietsch)

Trump went on to say that he has received “rave reviews for having picked” Nunes to lead the venture.

“He also loves our country and he wants to get another voice out there—obviously not just for the radical left, so this is a very big thing,” Trump said.

He added: “It is far more important than money. This is a very big thing that we’re doing.”

It is unclear, at this point, exactly what the TMTG platform and product will look like, or how it will function.

“As part of our mission, TMTG [Trump Media & Technology Group] continues to align with service providers who do not discriminate against political ideology,” Trump said in a statement last week, adding that the Rumble Cloud will serve “as a critical backbone for TMTG infrastructure.

“TMTG has already launched Truth Social on the Rumble Cloud for invited guests only, and the initial Beta launch has been excellent. America is ready for TRUTH Social, and the end to cancel culture,” Trump said in the statement.

Rumble will also provide video and streaming services for Truth Social as part of the agreement, while the companies are still in negotiations for Rumble to provide additional infrastructure and video delivery for TMTG’s subscription service, TMTG+. The announcement also comes after Rumble agreed to go public earlier this month, with an implied $2.1 billion valuation.

Trump, in May, launched a communications platform, “From the Desk of Donald J. Trump,” which appeared on www.DonaldJTrump.com/desk. That platform, first reported by Fox News, intended to serve as a “place to speak freely and safely” after his ban from sites like Twitter and Facebook.

That platform ran for a short while, and has since been dormant.

Trump currently communicates with supporters and the media by releasing statements via press release from 45office.com.

Meanwhile, a businessman, Trump reacted to the uptick in organized retail crime crime across the nation–specifically the rise in “smash-and-grab” robberies in cities like San Francisco, Los Angeles, Chicago, Seattle, New York and Minneapolis.

During the interview, Trump said the law enforcement community needs the support of the government and the public in order to combat the surge in crime.

But Trump suggested that police, in the current climate, are concerned to do their jobs with full force. 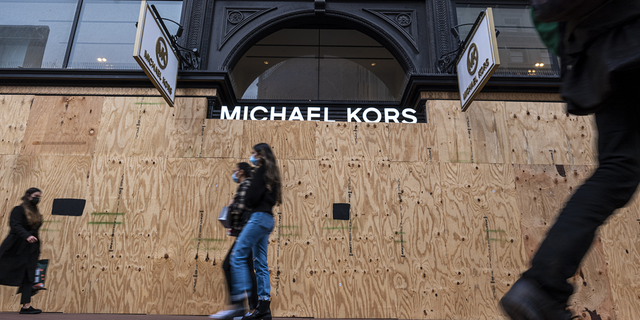 A boarded up Michael Kors store in San Francisco, California amid a rise in smash-and-grab theft.

“We have to give back their authority and their strength to our Police Department as opposed to ‘defund the police,’” Trump continued. “What you read about is defund the police. We can’t allow that to happen.”

He added: “If we give them back their respect and their strength we will see that end very quickly.”

One incident last month left a California security guard dead as he tried to protect a news crew that was reporting on the crimes. Retired San Jose police officer Kevin Nishita was fatally shot during an armed robbery.

But the White House, earlier this month, said that the root cause for the spike in organized retail crime is the COVID-19 pandemic, while stressing that Biden administration officials are working with a number of communities across the nation to “crack down” on crime in those neighborhoods.

Crime is likely to be a top talking point for Republicans as they hit the campaign trail ahead of the 2022 midterm elections in November–a campaign that Trump plans to be “very involved” in.

Trump, during another exclusive interview with Fox News in November, said he planned to formally announce whether he will run for re-election in 2024 after the midterms.

When asked whether he will stick to that timeline, Trump said: “Most likely, yes. Most likely would be after.”

“We have a big thing coming up–we have a very important election coming up,” Trump said. “And the Republicans have to do well on that or we’re not going to have a country left.”

As for the Democrats, Trump said he doesn’t know whether President Biden will run for re-election.

“I don’t know whether or not he’s gonna run, and we’ll see, and my numbers have been very strong, it’s like, stronger than I’ve ever had ‘em, and I’m honored by that,” Trump said. “That’s a question you’re gonna have to as him, and then you’ll have to ask that to the vice president also.”

Meanwhile, Trump was asked what he would like for Christmas, and his hopes for the new year.

The former president pointed to the Biden administration’s withdrawal from Afghanistan in August, marking an end to the United States 20 year war on terror.

“I think that was one of the lowest points in the history of our country with the way we withdrew,” Trump said, noting that he did not disagree with the withdrawal, as he “was doing it and was the one that got it down to 2,000 soldiers—but the way they withdrew.

Trump went on to point to the border crisis and the surge in crime across the nation. 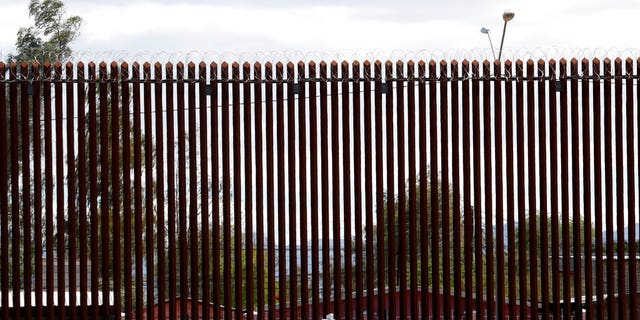 FILE – In this April 5, 2019, file photo, a U.S. Customs and Border Protection vehicle sits near the wall as President Donald Trump visits a new section of the border wall with Mexico in El Centro, Calif. The Supreme Court has cleared the way for the Trump administration to tap Pentagon funds to build sections of a border wall with Mexico.  (AP Photo/Jacquelyn Martin, File)

“So, even if it was bad politically, I’d like to see our country do great,” Trump told Fox News. “It is much more important than politics.”

He added: “That would be my true wish, and we’ll see what happens.”