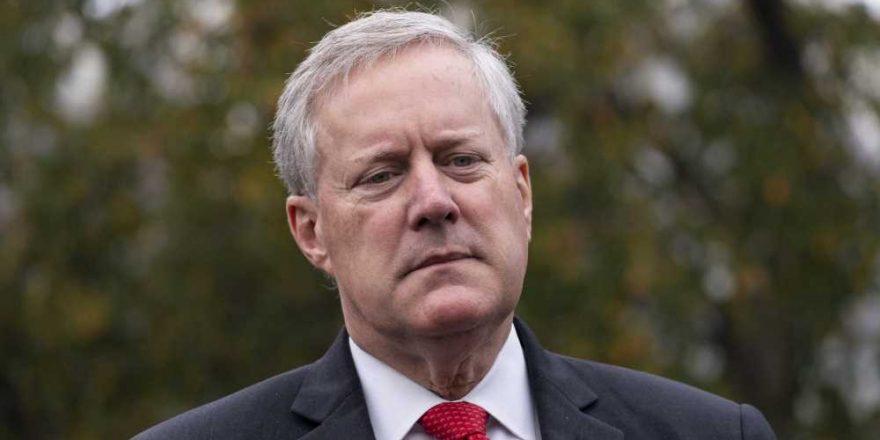 Looks like the Justice Department indicting Steve Bannon for not cooperating with the Jan. 6 committee may have scared some sense into Mark Meadows. The former Trump chief of staff is now “engaging” with the committee and providing documents, the panel’s chair said.

“Mr. Meadows has been engaging with the Select Committee through his attorney,” Chair Rep. Bennie Thompson (D-Miss.) said in a statement on Tuesday. “He has produced records to the committee and will soon appear for an initial deposition.”

The committee sent Meadows a subpoena in September, but he said through his lawyer that he would not be cooperating because Trump planned to invoke executive privilege. But the committee didn’t buy that argument, which Bannon also tried to make, especially because Biden declined to assert executive privilege or immunity over the documents and testimony the committee requested. As a consequence, Bannon was indicted by the Justice Department and charged with two counts of contempt of Congress on Nov. 15. Bannon has pleaded not guilty.

This week, the committee is set to vote on a separate criminal referral for another former Trump official, Jeffrey Clark, who was involved in Trump’s efforts to overturn the 2020 election and who is also not cooperating with a subpoena.

While the committee said Meadows is cooperating now, Thompson reserved the right to reassess after he gives his testimony, since Meadows could still try to claim executive privilege by refusing to answer some of the panel’s questions. “The committee will continue to assess his degree of compliance with our subpoena after the deposition,” Thompson concluded.

On the same day the committee announced Meadows’ participation, Trump’s lawyers argued in federal appeals court that Trump should be able to use executive privilege to prevent the National Archives from sending the committee certain documents related to Jan. 6 and his attempts to overturn his election loss.