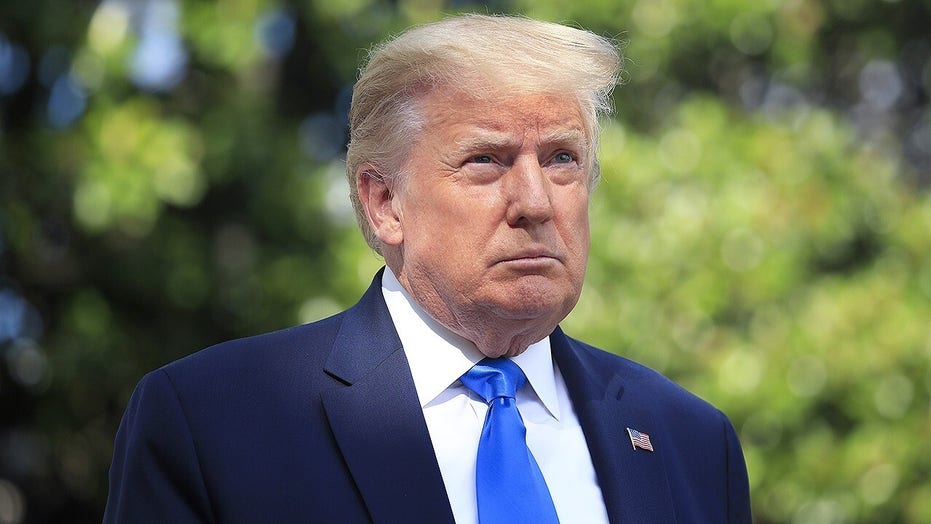 President Trump is expected to harshly criticize Democratic opponent Joe Biden and his policies in his speech at the Republican National Convention Thursday night, according to excerpts that Fox News has confirmed.

According to the passages, first reported by Politico, Trump will go after Biden's past as well as the policies his campaign is supporting.

"At no time before have voters faced a clearer choice between two parties, two visions, two philosophies, or two agendas," Trump will likely say. "We have spent the last four years reversing the damage Joe Biden inflicted over the last 47 years. At the Democrat convention, you barely heard a word about their agenda. But that's not because they don't have one. It's because their agenda is the most extreme set of proposals ever put forward by a major party nominee."

The president is expected to hammer Biden on China, immigration, crime and other issues.

The president's speech will not solely be an attack on Biden. The confirmed excerpts include messages of hope and positivity, for both the GOP and the country as a whole.

"The Republican Party goes forward united, determined and ready to welcome millions of Democrats, independents and anyone who believes in the greatness of America and the righteous heart of the American people," Trump is expected to say. "This towering American spirit has prevailed over every challenge and lifted us to the summit of human endeavor."