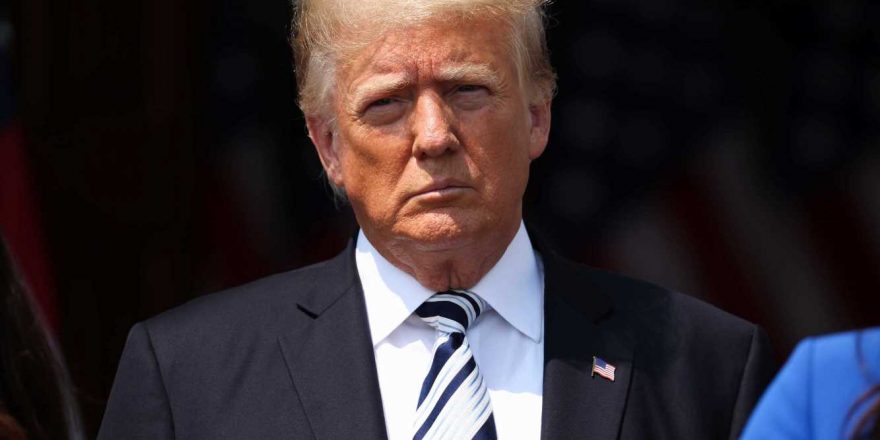 WASHINGTON – Former President Donald Trump's luxury hotel in Washington, D.C., lost more than $70 million from 2016 to 2020, according to newly released confidential filings that his accountants submitted to the hotel's landlord, the General Services Administration.

While the hotel was losing money, Trump's annual financial disclosures filed with the Office of Government Ethics reported publicly only the hotel's revenues, which added up to nearly $156.6 million.

Yet over that same period, Trump's accounting firm, WeiserMazars LLP, disclosed in confidential reports to GSA that the hotel lost nearly $73.9 million.

According to a new report issued Friday by the House Oversight and Government Reform Committee, the effect of the discrepancy between what Trump publicly reported and what he privately disclosed was to mislead the public about the president's financial situation.

A Trump spokesman did not immediately respond Friday to a request for comment on the new report from CNBC.

The committee also alleges that Trump hid more than $20 million in loans his real estate holding company made to the struggling hotel, another attempt to conceal the true state of the president's finances.

"Far from being a successful investment, the Trump Hotel was a failing business saddled by debt that required bailouts from President Trump's other businesses," the committee wrote in a letter Friday to Robin Carnahan, administrator of the General Services Administration, the federal agency that holds the lease to the underlying property of Trump's D.C. hotel, the historic Old Post Office Building on Pennsylvania Avenue.

It's not clear whether Trump violated any federal rules regarding the disclosure of assets and income. By reporting the revenues, and omitting the losses, Trump appears to have abided by the letter of the law, if not the spirit.

The committee also revealed that Trump received an unreported and surprising loan modification from Deutsche Bank halfway into his presidency, one that potentially saved the then-president and his struggling company tens of millions of dollars.

Deutsche Bank's U.S. subsidiary loaned Trump $170 million in 2015 to finance the renovation and operation of the hotel. Under the terms of that loan, Trump was supposed to begin paying down the principal in 2018.

But according to the committee's findings, in 2018, "the terms of the loan were changed to allow the Trump Hotel to defer any principal payments on the loan by six years."

It is unclear, the committee says, how the loan modification was negotiated, or by whom. The change to the loan terms was never publicly disclosed, according to Trump's annual financial disclosures.

A spokesman for Deutsche Bank did not immediately respond to questions from CNBC on Friday about the change to the loan terms, and whether any steps were taken at the time to avoid the appearance of preferential treatment being given to the president.

The new findings are in keeping with Trump's decades long pattern of allegedly inflating his income, assets and net worth, while hiding his losses and liabilities.

That pattern is currently the subject of a probe by New York state authorities, who are investigating whether Trump's company inflated the value of his properties on insurance forms, and undervalued them on tax returns. This could amount to insurance fraud.

The company is also facing a tax evasion case in New York that has already ensnared its top accountant, longtime Trump family employee Allen Weisselberg. In July, Weisselberg pleaded not guilty to a bevy of charges stemming from an alleged decades-long plot to hide compensation he received from the company.

Trump has denied any allegations of wrongdoing, instead accusing authorities of subjecting him to a partisan "witch hunt."

Trump was recently removed from the Forbes magazine list of the 400 richest Americans, a list he had been named on for the past 25 years. The Covid-19 pandemic hurt the commercial real estate and hotel industries especially hard, costing Trump approximately $600 million in estimated net worth, Forbes determined.