Days after the El Paso, Texas, shooting in which 22 people were killed and dozens injured by a gunman who may have been acting out a white supremacist manifesto, President Donald Trump’s reelection campaign launched a new set of Facebook ads directed at the Latino community.

The social media platform’s ad library shows that 20 ads began running on Tuesday, 13 of which were shown in Texas. All were financed by Donald J. Trump for President, Inc.

They include all-caps phrases in Spanish and English stating, “LATINOS FOR TRUMP,” “JOIN THE LATINO COALITION” and “STAND WITH PRESIDENT TRUMP!”

The ads, some of which are images and others of which are videos, show Trump supporters holding campaign signs, cheering him on at rallies and sporting his signature red “Make America Great Again” caps. 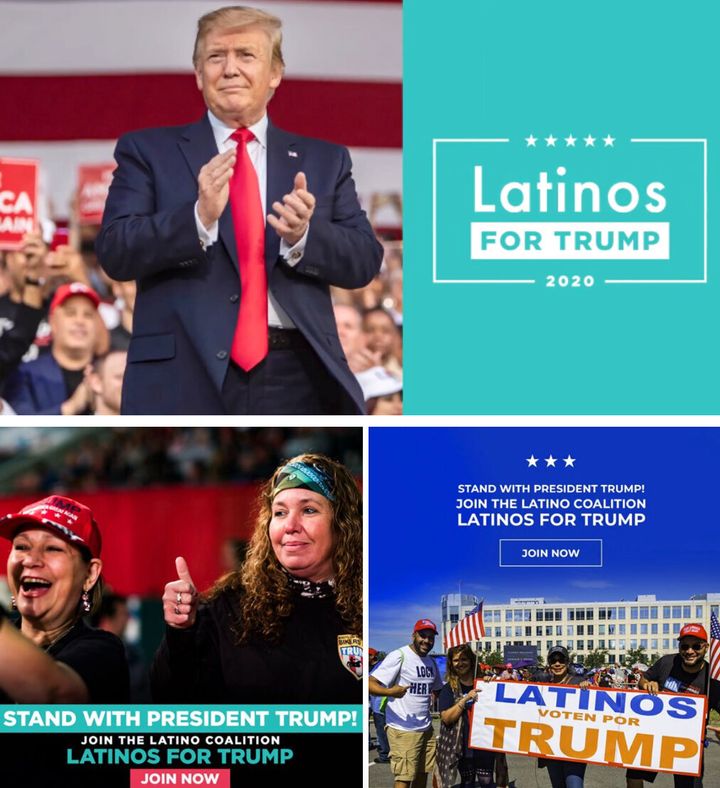 On Saturday ― less than a week before Trump’s ad rollout ― a shooter opened fire at an El Paso Walmart. He later told police he was targeting the Hispanic community.

Minutes before the attack, the suspected perpetrator reportedly posted a four-page xenophobic screed on 8chan, an online forum that has functioned as a breeding ground for extremism. The document warns of “the Hispanic invasion of Texas” and refers to immigrants as “instigators.” It also expresses disdain for “race-mixing” and calls it a reason to “send them back” ― a hateful line that is similar to a chant from Trump’s North Carolina rally last month.

Trump’s bigoted rhetoric and history of racist remarks has received renewed scrutiny in light of the massacre, after which it was reported that his campaign ran about 2,200 Facebook ads fear-mongering over an “invasion” at the southern border.

Many of the ads ― which ran mostly between January and March, with some of them appearing in May ― included claims that “America’s safety is at risk” and that the U.S. is in a “state of emergency,” as they asked for donations to build a border wall.

Though the ads are now inactive, a separate round of about 120 Facebook ads with similar messages was launched by his campaign on Monday, a number of which stated, “The rampant flow of illegal immigration at our southern border is a NATIONAL EMERGENCY.”

Many of the ads ask viewers, “Should we deport illegals?” allowing social media users to cast their votes.

The president has received a wave of backlash ever since the El Paso shooting, including from Democratic presidential candidates who swiftly condemned his bigotry in the wake of the violence, arguing that there is blood on his hands.

While Trump urged the nation earlier this week to “condemn racism, bigotry and white supremacy,” he has neglected to mention his role in promoting such ideologies.