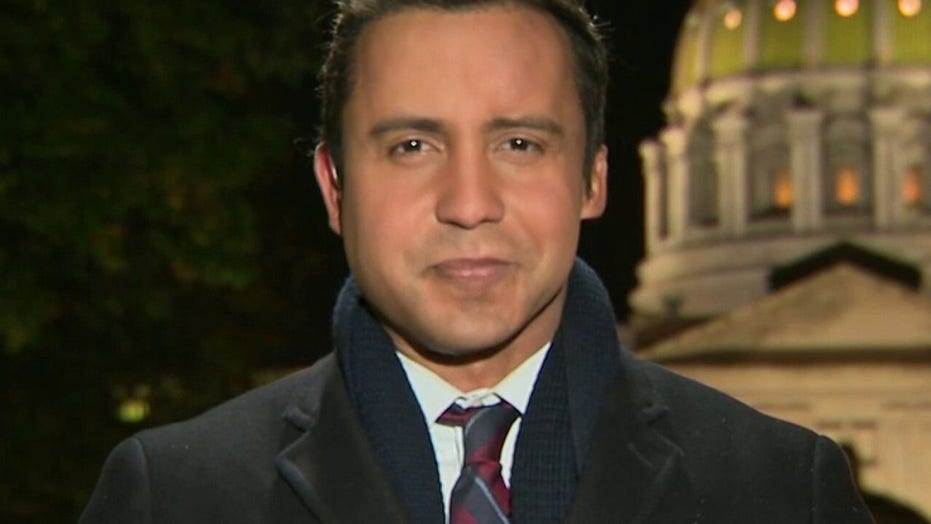 President Trump and former Vice President Joe Biden are peppering each other with attacks in the hours before voters head to the polls and decide who will lead the nation.

Both have attempted to portray the other as out-of-touch and indifferent to the interests of ordinary Americans.

"They are desperate for him to win because they own him, they control him, and they know he will always do their bidding!"

Biden, meanwhile, portrayed himself as the candidate of Scranton, Pennsylvania, where he was born. "Donald Trump sees the world from Park Avenue," he tweeted, noting the president's long history as a real estate mogul in Manhattan.

"I see it from where I came from: Scranton, Pennsylvania. It's why I'll fight every day as president to make this country work for middle class and low-income Americans — not just the wealthy and well-connected," Biden added.

Each took shots at the other's character as well. Biden highlighted how President Trump told journalist Bob Woodward that he wanted to play down the coronavirus' threat in order not to panic the American people.

Biden also accused the president of failing to protect Americans. "Our president has failed in his most basic duty to this nation: to protect us. It’s unforgivable," he said.

Trump took Biden to task over his own past, claiming that he was "a pathetic laughing stock" for the way he handled the H1N1 flu. Ron Klain, the chief of staff whom Trump referred to in that tweet, hit back, deriding Trump's attempts to handle the coronavirus.

"Joe Biden is a globalist who spent 47 years outsourcing your jobs, opening your borders, and sacrificing American blood and treasure in ridiculous endless foreign wars," another tweet from Trump's campaign read.

If Biden wins, Trump predicted, the nation would undergo economic misery from hits to fracking and coronavirus lockdowns. Although Biden has called for a ban on new fracking leases on public land, and said he would work towards phasing out the oil and gas industry, he has not said he would ban all fracking .

"A vote for Biden is a vote for lockdowns, layoffs, and misery," his campaign tweeted.

Biden warned about the impact of climate change, which he said Trump would fail to adequately address. "Climate change isn't a hoax –– it's a threat to millions of Americans … We have to vote out Donald Trump tomorrow and take urgent action to combat this crisis," he said.