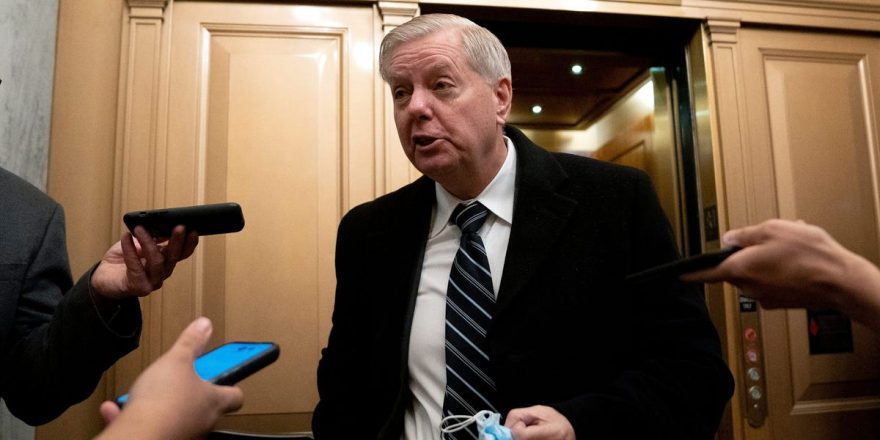 The chamber’s filibuster requires 60 votes to pass legislation and both Democrats have pledged to reject pressure from their own party and stand with Republicans to protect the rule.

“I want to thank Sen. Manchin and Sen. Sinema for rejecting the idea of changing the filibuster,” Graham said. “I’m asking no more of them than I ask of myself. So I appreciate what they’re doing for the Senate and for the country.”

Senate Minority Leader Mitch McConnell has urged his caucus to publicly praise the two Democratic lawmakers, Politico reported last week. He was very complimentary of his colleagues in a recent interview.

“What they’ve been very forthright about is protecting the institution against pressures from their own party. I know what that’s like,” McConnell told Politico. “Every time I said no. And it’s nice that there are Democrats left who respect the institution and don’t want to destroy the very essence of the Senate.”