Home » Politics » The Budget Bill Could Place A Fee On Methane, And Big Oil Is Lying Like Hell To Stop It

The Budget Bill Could Place A Fee On Methane, And Big Oil Is Lying Like Hell To Stop It

The $3.5 trillion budget reconciliation package at the center of a heated congressional debate this week represents a unique opportunity for Democrats to advance ambitious climate policies. Among its provisions is a fee on methane, an extremely potent greenhouse gas released from a number of sources, including oil and gas operations.

The oil and gas industry is desperately fighting this proposed fee by reupping old, disingenuous claims about having an “economic incentive” to curb methane, since it is the main component of natural gas and supposedly valuable to fossil fuel producers. In other words: Don’t worry about our emissions, we’ll take care of them ourselves.

But in closed-door meetings, industry leaders have admitted the opposite: Methane gas has very little value. That fact undercuts the idea that it’s in the industry’s best interest to capture that gas and sell it rather than vent and leak it into the atmosphere.

Sen. Sheldon Whitehouse (D-R.I.) and other progressives introduced a provision in March that would assess a fee of $1,800 per ton of methane pollution beginning in 2023, with a 2% increase above inflation each subsequent year. In September, the House Energy and Commerce Committee voted to include the methane fee in the reconciliation bill, despite vehement Republican opposition.

Methane is 86 times more powerful than CO2 over 20 years in the atmosphere and accounts for approximately one-fifth of human-caused planetary warming. Atmospheric concentrations have spiked more than 150% since 1750.

In a letter earlier this month to leaders of the Senate Environment and Public Works Committee, the American Petroleum Institute and more than 100 other groups outlined their opposition to what they described as an “unreasonable, punitive” fee on methane pollution that “could jeopardize affordable and reliable energy with likely little reduction in greenhouse gas emissions.”

“Not only is this in the best interest of the environment, it’s in the best economic interests of the nation’s oil and natural gas companies as any methane lost to the atmosphere is product that can’t be used to power our nation’s electric utilities, heat our homes and businesses, fuel our manufacturing facilities, create chemicals used in goods that make us healthier, safer, and more productive, manufacture our steel, or help produce the foods that feed our families,” they wrote.

In private, however, oil lobbyists have described methane as an unwanted waste product.

“This pesky natural gas, to me, it’s almost like produced water,” Ron Ness, president of the North Dakota Petroleum Council, said at a 2019 gathering of industry groups. “The value of it is very minimal. But you’ve got to manage your gas to produce your oil.” 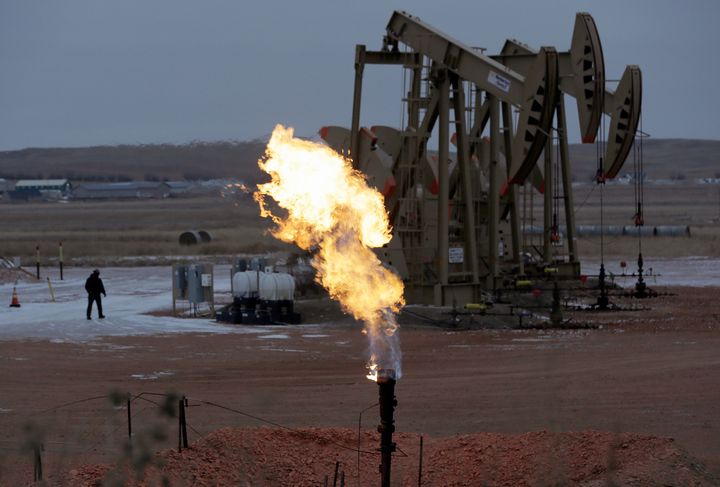 The New York Times first reported Ness’ comments last year after obtaining a recording of the industry meeting organized by the Independent Petroleum Association of America. HuffPost recently obtained a recording and a transcript of the discussion from a source who asked not to be identified.

At the event, Ness described methane emissions and flaring as a “serious threat” to the fossil fuel industry’s public image and long-term future.

“I’ll tell you, there’s not a more difficult interview to do in anything related to oil and gas than when you’re talking on TV, and they put up a 5,000 barrel a day Bakken well with a flare up and out of it,” Ness said. “Or when all the fishermen across North Dakota don’t need to use their lights on their boats on Lake Sakakawea now because the flares are illuminating the lake.”

“I cannot emphasize enough what [Ness] was saying about emissions, and particularly flaring,” said Pete Obermueller, president of the Petroleum Association of Wyoming. He noted that a Wyoming legislator who he “would assume to be pretty friendly” to industry had recently posted to Facebook about driving through a stretch of the oil-rich Permian Basin and urged Wyoming residents to be careful what they wish for in terms of fossil fuel development. 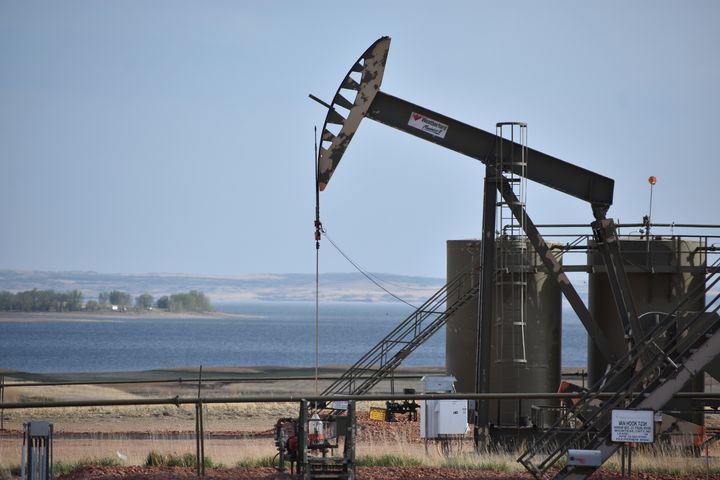 The oil industry has long fought efforts to regulate methane by arguing that the gas is valuable. When the Obama administration finalized rules to rein in methane emissions on federal lands in 2016, the Independent Petroleum Association of America published a document “debunking” several claims about methane pollution, including that “large quantities of natural gas are wasted during oil and gas production.”

“This claim is just not in line with the science,” the IPAA wrote. “Producers have every incentive to capture and sell as much of their product as possible to consumers, rather than letting it escape in the atmosphere.”

In fact, drillers are venting and burning off an enormous amount of excess methane. “We’re just flaring a tremendous amount of gas,” Ness acknowledged at the June 2019 industry meeting.

Of 227 active flares that were surveyed during a series of flyovers between January and June 2020, 192 of them — 84% — did not have a necessary permit from the Texas Railroad Commission, that study found. The United Nations’ Intergovernmental Panel on Climate Change, or IPCC, warned in its most recent climate report that slashing methane and other so-called super pollutants could go a long way toward staving off additional planetary warming.

The American Petroleum Institute, the industry’s largest trade association, recently came out in support of a pledge from the Biden administration and the European Union to reduce methane pollution at least 30% over the next decade. (The Environmental Protection Agency is expected to finalize stricter rules on methane in the coming weeks.)

“Anyone who believes @APIenergy needs to have their head examined,” he tweeted earlier this month. “This is a dodge to avoid the methane fee. Then they’ll fight and delay the regs, directly or through coordinated front groups. Fool me once…”