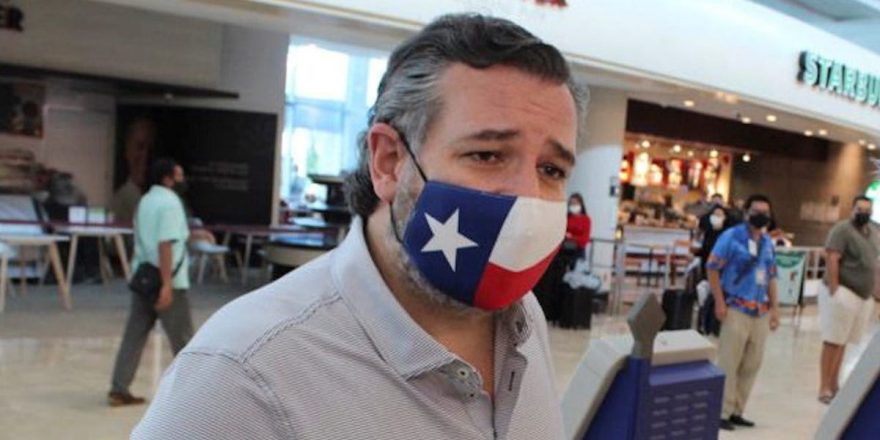 A Democratic state lawmaker in Texas criticized Republican Sen. Ted Cruz’s jaunt to Cancun as “unbelievable,” particularly as the state reels from a severe winter storm that left large portions of the population without power.

“Just when I think Ted Cruz couldn’t disappoint Texans more, he finds a new way to do it,” Texas Rep. Chris Turner said in a CNN interview on Thursday.

Turner is one of many voices in the furor over Cruz’s family trip to Cancun during a weather emergency in Texas. The winter blast left hundreds of thousands of Texans with no heat, energy, and clean water for at least three days. Over two dozen deaths have been attributed to the storm.

In a statement on Thursday, Cruz said he made the trip because his daughters’ classes were “cancelled for the week” and they had “asked to take a trip with friends.”

“Wanting to be a good dad, I flew down with them last night and am flying back this afternoon,” he said, adding that it was an “infuriating week for Texas.”

Cruz arrived back in Texas on Thursday. Cruz was originally planning to stay in Mexico until Saturday. His office did not respond to Insider’s multiple requests for comment.

“He’s given us one more reason to resign,” Turner said on CNN, referring to Cruz’s campaign of contesting the results of the 2020 presidential election in January. “As far as I’m concerned, it’d be fine if he remained in Cancun.”

“He doesn’t do anything for us in Texas or in Washington,” Turner added. “So, I don’t know that we’re going to notice when he comes back.”

Other Democrats have also accused Cruz of being tone-deaf in the middle of a crisis in his home state. Rep. Alexandria Ocasio-Cortez of New York said “Texans should continue to demand his resignation.”

“If Sen. Cruz had resigned back in January after helping gin up a violent insurrection that killed several people, he could’ve taken his vacation in peace,” Ocasio-Cortez tweeted.

Turner’s comments were similar to the remarks Cruz made during another scandal. In 2017, Cruz fired back at New Jersey Gov. Chris Christie, who had criticized his request for federal aid amid Hurricane Harvey. Two months earlier, Christie was pictured vacationing at a beach his family during a government shutdown.

“Chris should go back to the beach,” Cruz told the New York Times at the time.