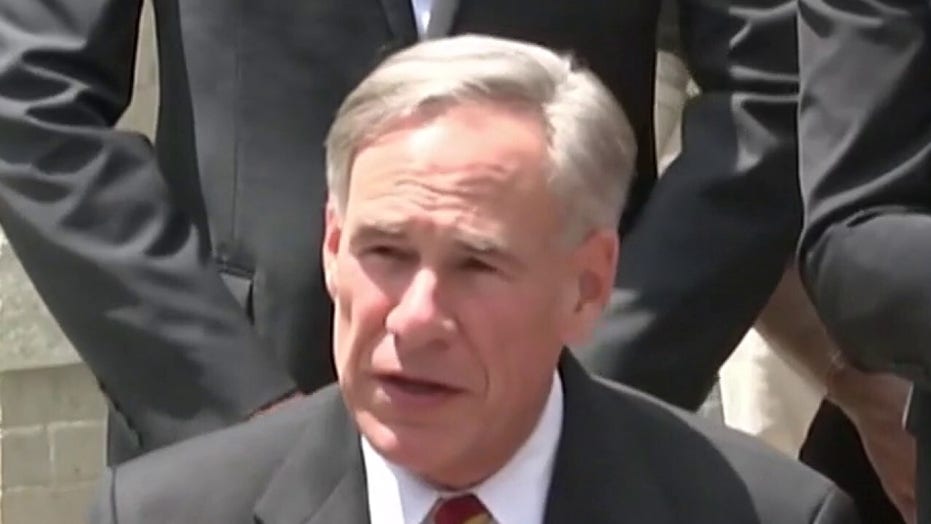 Battle over mail-in-ballots heads for the Supreme Court

‘Unfortunately, the Supreme Court, which is now essentially an arm of the Democratic Party, is now going to legislate and extend mail-in-voting count by three days,’ says Pennsylvania Senate Majority Leader Jake Corman.

Texas Gov. Greg Abbott on Tuesday morning touted a victory in a court battle over his proclamation that each county in the state can only have one location for people to drop off their mail-in ballots ahead of the Nov. 3 election, even as the court admonished the governor for his efforts to expand voting opportunities without consulting the state legislature.

The ruling issued by a federal appeals court said that because Abbott's proclamations in whole have expanded voting options in the state, those who are suing to invalidate the proclamation cannot claim they've had their right to vote restricted. The grant of a stay pending appeal – meaning a lower-court order that invalidated the governor's one drop box per county rule will not be enforced as litigation continues – signals the appeals court is likely to side with Abbott on the merits of the case as well.

"The Federal Court of Appeals upholds my proclamation about mail-in ballots saying that it actually expanded access to voting by allowing drop-offs before election day," Abbott said in a tweet early Tuesday reacting to the ruling. "Critics were clearly clueless about the legality of my action & simply voiced prejudicial political opinions."

The 5th U.S. Circuit Court of Appeals heard the request for an emergency stay. The three-judge panel on the case was made up of three members of President Trump's Supreme Court nominee list: Judges Don Willett, Stuart Kyle Duncan and James Ho. Duncan wrote the unanimous opinion leaving in place Abbott's proclamation from Oct. 1 mandating that "mail ballots that are delivered in person by voters who are eligible to vote by mail must be delivered to a single early voting clerk’s office location."

"Leaving the Governor’s October 1 Proclamation in place still gives Texas absentee voters many ways to cast their ballots in the November 3 election," Duncan wrote. "These methods for remote voting outstrip what Texas law previously permitted in a pre-COVID world. The October 1 Proclamation abridges no one’s right to vote."

Abbott's proclamations ahead of the election in sum, the judges said, expanded the right to vote by allowing for six extra days of early voting and 40 extra days where voters may drop off their mail ballots by hand. But the judges were not as supportive of the "legality" of Abbott's actions as the governor let on.

The circuit judges sternly warned Abbott that he may have broken the law himself by issuing the proclamations to expand voting options. Ho wrote in a concurring opinion that he only "grudgingly" upheld Abbott's order because while the federal court "usurped" state legislature's authority to write election law, "so the did the Governor of Texas."

Ho continued: "[T]he Governor’s actions in this case should trouble you regardless of whether you agree or disagree with any of his actions as a policy matter. For there is a more fundamental principle at stake: If a governor can unilaterally suspend early voting laws to reach policy outcomes that you prefer, it stands to reason that a governor can also unilaterally suspend other election laws to achieve policies that you oppose."

The plaintiffs in the case argued that Abbott's Oct. 1 order, amending his July 27 order expanding the time for when ballots may be dropped off, had the effect of forcing voters to travel much further than they previously expected to drop off their ballots.

"For Texas’ absentee voters—including those who had already requested or received their absentee ballot with the expectation that they would be able to use one of many drop-off locations offered by their county—the effect of the October 1 order is to unreasonably burden their ability to vote," a brief filed in the lower court by the Texas League of United Latin American Citizens, along with multiple other interest groups, read.

"They will have to travel further distances, face longer waits, and risk exposure to COVID-19, in order to use the single ballot return location in their county," the groups continued. "And, if they are unwilling or unable to face these new burdens, they will have to rely on a hobbled postal mail system … and hope that their ballot will be delivered in time to be counted."

Duncan wrote that the district court in agreeing with the interest groups exaggerated any harms from Abbott's order.

"[T]he district court vastly overstated the 'character and magnitude' of the burden allegedly placed on voting rights by the October 1 Proclamation," he said. "Indeed, one strains to see how it burdens voting at all. After all, the proclamation is part of the Governor’s expansion of opportunities to cast an absentee ballot in Texas well beyond the stricter confines of the Election Code."

He added: "That voters who live further away from a drop-off location may find it inconvenient to take advantage of this particular, additional method to cast their ballots does not 'limit[] electoral opportunity,' as the district court thought … The fact that this expansion is not as broad as Plaintiffs would wish does not mean that it has illegally limited their voting rights."