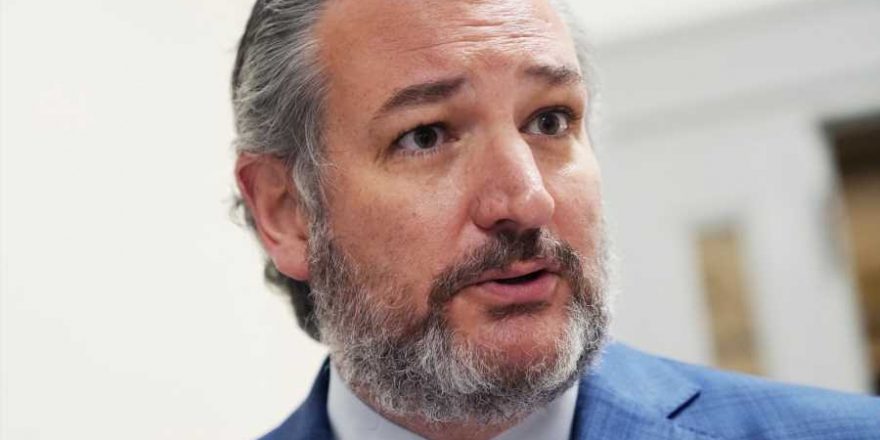 Ted Cruz stormed away from a reporter who asked him about gun control in the wake of the massacre that killed 21 people, including 19 small children, in Uvalde, Texas.

“Is this the moment to reform gun laws,” Mark Stone of Sky News asked the senator from Texas in Uvalde on Wednesday.

“You know, it’s easy to go to politics,” an annoyed Cruz responded, adding gun control is where “the media likes to go” after mass shootings.

“It’s not,” Stone said. “It’s where many of the people we’ve talked to here like to go.”

Accusing anyone raising the issue of gun control of playing politics after a mass shooting has become an all-too-common cop-out among Republicans like Cruz who have gladly taken big money from gun rights groups. Meanwhile, Cruz and others have spent the days since the shooting hurling attacks at Democrats and the media. “The proposals from Democrats and the media?” Cruz continued on Wednesday. “Inevitably, when some violent psychopath murders people … if you want to stop violent crime, the proposals the Democrats have? None of them would have stopped this.”

Cruz did not mention that the 18-year-old gunman had legally bought two assault rifles days earlier, which legislation introduced three years ago called the Age 21 Act would have prohibited.

Stone kept pushing, asking, “Why only in America? Why is this American exceptionalism so awful?”

“You know, I’m sorry you think American exceptionalism is awful,” Cruz replied, not seeming to understand the reporter’s implication that the U.S. being an exception can actually be bad. “You’ve got your political agenda. God love you.”

Cruz then abruptly walked away. Stone and another reporter kept pressing him about why mass shootings are more common in the United States than other first world countries. “Stop being a propagandist,” Cruz snapped.

Cruz’s aversion to gun reform has led him to propose several absurd solutions to the mass shooting epidemic. He’s joined many on the right by pushing measures to “harden schools,” including by having just “one door into and out of the school” with “armed police officers” guarding it. He doesn’t seem to have considered that this would be a fire hazard, that it would prevent people inside schools from escaping should a shooter breach the single entrance, or that it’s simply flat-out impractical.

Cruz’s relationship to the gun lobby may have something to do with why he’s squirming at questions about gun control. He’s received more money from gun groups than any other member of Congress. He’s also scheduled to speak at the National Rifle Association’s annual conference on Friday, just a few hundred miles away from Uvalde.