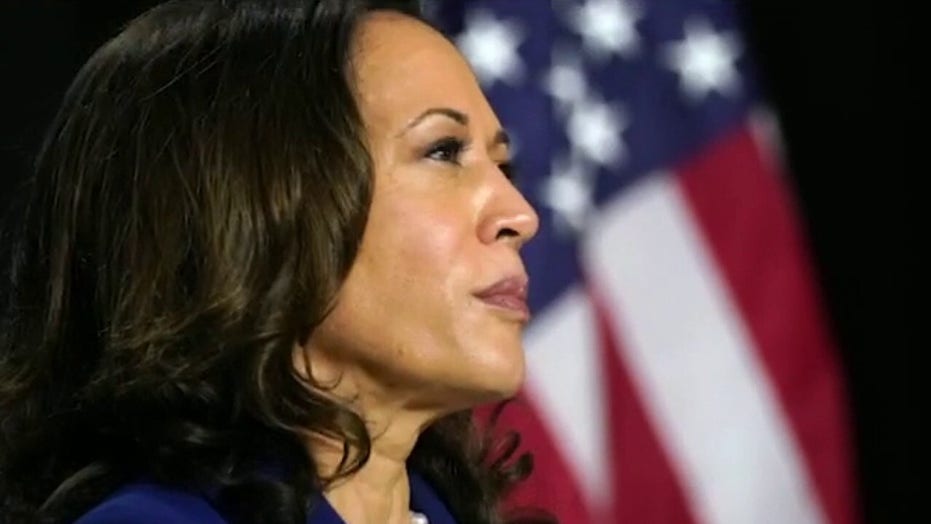 Editor's note: This column first appeared in the Washington Times.

Media organizations have just been warned by the Democratic Party machine that they better be very, very careful with how they cover presumptive Democratic presidential nominee Joe Biden’s vice presidential choice — just revealed to be Sen. Kamala Harris, D-Calif. Any criticism of the expected woman will be considered racist and sexist, we are told. Oh, they wrap up that threat in a word salad, but that’s the bottom line: There should be second and even third thoughts about any criticism of Mr. Biden’s VP pick.

An actual memo went out from an ad hoc group of Democratic operatives (pretending to be advocates for women) to media organizations with orders on how to proceed with their coverage. The fact that they expected this partisan missive to be accepted and adhered to by media entities tells you all you need to know about the problem with today’s legacy media.

For decades, the Democrats have enjoyed a pliant media. Ranging from covering up for John F. Kennedy’s affairs, to ignoring Hillary Clinton’s health and corruption issues during the 2016 race, the media certainly have never needed such a public reminder about their duty to handle a Democratic politician like a fragile and special, golden egg. So why now?

Because identity politics demands it, and with news now disseminated beyond the broadcast networks and just a few loyal newspapers, Democrats need to reinforce the need for media protection in order to gaslight the public about their real agenda and inherent incompetence.

Hiding Biden in a basement has been absurdly accepted by the media. Unable to toss Harris into a literal basement, they’re now trying to construct a virtual bunker for her.

The implication of the memo was any critical coverage deemed unfair (and all would be deemed so) will be declared racist and/or sexist. They even invoke George Floyd’s name for extra impact, “Our country — and your newsrooms — have learned a lot since the [death of George Floyd while in Minneapolis police custody] and the subsequent protests for racial equality that his death spurred … We know from public reporting that many of your newsrooms had internal conversations about your coverage, your diversity and your editorial judgments,” it read in part.

“A woman VP candidate, and possibly a Black or Brown woman candidate, requires the same kind of internal consideration about systemic inequality as you undertook earlier this year …” They write, “We are here to help you with this challenge … We intend to collectively and individually monitor coverage and we will call out those we believe take our country backwards with sexist and/or racist coverage. As we enter another historic moment, we will be watching you.”

That’s subtle. Said no one ever.

The women signing onto to this warning include Democratic operatives like Valerie Jarrett — the Obama associate and surrogate for the Biden campaign, multiple individuals associated with Planned Parenthood, Hilary Rosen — a longtime Hillary Clinton operative, and representatives from other Democratic and liberal entities like Emily’s List and NARAL.

As someone who has spent most of her adult life dealing with improving the condition of women’s lives and how we are perceived, I know there are legitimate issues women face every day in business, politics and our regular everyday lives. Sexism exists, and how media treats us is a necessary issue to confront, but that’s not what’s happening here.

What’s being attempted by these Democratic women operatives is the ultimate in sexism — a demand that Democratic women in the arena, of any complexion, be treated differently, as though they can’t handle the heat. The Democrats have established an environment where people’s lives are destroyed with one accusation of racism or sexism and now that danger is weaved into this warning. It is meant to make reporters, producers and executives unsure and even afraid about who and what to cover lest they become a target of the woke, and now violent, mob.

It is especially ironic that it is Democratic women once again waving the feminist flag of worry about how women are covered and perceived. We have spent years watching them attempt to rip apart and disappear First Lady Melania Trump and her work. Mrs. Trump is either mocked or ridiculed by Democrats and their legacy media when she appears in public, or she is ignored. Women too often know what it’s like to be “disappeared” in one way or another by abusers when they don’t conform.

Ivanka Trump, an accomplished businesswoman in her own right and senior adviser to President Trump, works constantly and successfully on issues facing the previously forgotten men and women of this country. She, too, is regularly and personally derided and condemned by Democrats and the media, or her work is simply ignored.

Black women who are not Democrats, who are pro-life, or who may support President Trump, are also regularly blasted, mocked or disappeared by Democratic operatives and the media (but I repeat myself).

They complain in their media missive that stories about women being “inadequate leaders” is a problem (are they anticipating something?). Here’s a newsflash: Some women are inadequate leaders. The nation watches as Chicago’s Lori Lightfoot, Seattle’s Jenny Durkin and Oregon’s Kate Brown preside over the destruction of cities into dystopian hellscapes. As more and more women move into powerful positions, we only become powerful leaders when we are not treated as infants, coddled and protected from legitimate criticism.

Conservative women know how to handle personal and unfair coverage because that’s what they mostly receive. What’s absurd here is the Democratic gang that treated Sarah Palin like a piece of meat on the Serengeti is now lecturing about the importance of treating women in the arena fairly. But only for those who conform and obey no matter how bad their policy.