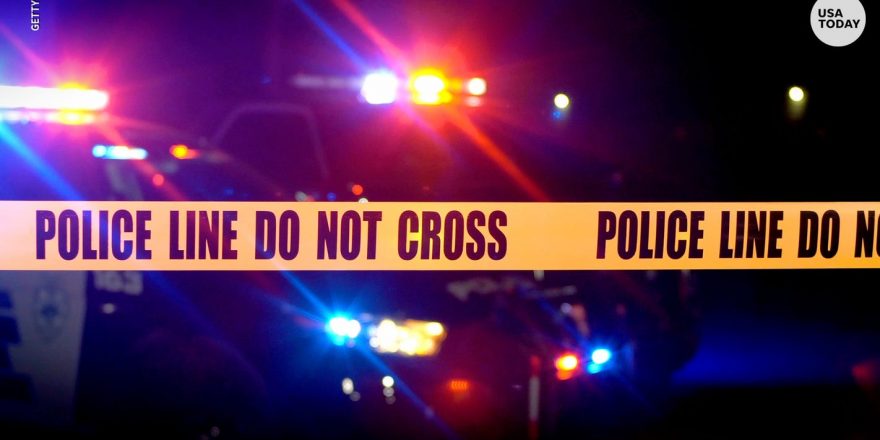 WASHINGTON – The Supreme Court declined to hear two cases Monday challenging legal protections for law enforcement as Congress continues to wrestle with how to address excessive force complaints in the wake of deadly police interactions.

One of the appeals questioned when people may sue federal police for damages for allegedly violating the Constitution’s prohibition on excessive force – in this case, officers working security at a Veterans Affairs hospital in Texas. Another suit that began in Ohio asked the court to clarify when cities can be sued for altercations involving their police.

Neither appeal dealt directly with qualified immunity, the legal doctrine that protects police from civil liability in some cases. But they both raised questions about whether and under what circumstances police and their employers can be sued for damages for violating the Constitution. The Supreme Court did not explain its decision not to hear the appeals.

The court’s orders came a day before the one-year anniversary of George Floyd’s murder. His killing, which prompted nationwide protests and unrest, has also led to a debate on Capitol Hill about whether to make it easier to sue police for misconduct.

Voices: After George Floyd, other American families battle for justice

“It’s obviously discouraging that the Supreme Court failed to take them up,” said Anya Bidwell, an attorney with the Institute for Justice, which represented the man who sued federal police in the Texas case. “We are planning on continuously bringing these kinds of cases to the United States Supreme Court, and one day they really will have no choice but to confront this question.”

José Oliva, a retired Department of Homeland Security employee, was handcuffed and thrown to the ground in 2016 after an altercation with federal police in the security line at a Veterans Affairs hospital in El Paso, Texas. The incident began when officers asked Oliva to show his identification and the 70-year-old Vietnam veteran responded that he had placed it in a bin with his other personal belongings to be scanned.

When people file civil claims against state and local police for excessive force, they generally do so under a provision of civil rights legislation approved by Congress in 1871. But that law doesn’t apply to federal police; those claims are brought under a different standard, created a century later by the Supreme Court’s decision in a case called Bivens v. Six Unknown Named Agents of Federal Bureau of Narcotics.

A federal appeals court in Louisiana found last year that Oliva could not sue the officers under Bivens because the circumstances in his case were sufficiently different from those in the landmark ruling. For one thing, the altercation took place at a hospital rather than in a private home. For another, the incident involved ID requirements at a security checkpoint, not drugs. Attorneys for the officers told the court in April that because of the differences, Oliva could not sue.

“The judiciary should not intrude into the security operations of a federal facility seeking to enforce its identification policy,” they said, summarizing a lower court’s decision.

Lawyers for the officers described Oliva as refusing to comply with their requests.

“You don’t know what he is or what he’s carrying,” Louis Lopez, an attorney for one of the officers, told the Associated Press. “His obstinate refusal is a concern to everyone. A 70-year-old man can handle a .45 pistol just as well as an 18 year old.”

The court also declined to hear an appeal from Mary Stewart, whose son was shot and killed by police in Euclid, Ohio, in 2017.  Stewart sued the city, asserting that police training at the time demonstrated “deliberate indifference” to the possibility of excessive force. That official training included a skit by comedian Chris Rock in which he suggested the best way to avoid police brutality is to “get a white friend.”

Critics say the broad protections of qualified immunity, set by the Supreme Court in a 1982 decision, let police off the hook in virtually every case where their actions aren’t specifically prohibited. Police have long countered that officers need legal protection in cases where split-second decisions go wrong.

The debate has stood in the way of an otherwise bipartisan effort in Congress to  incentivize changes to police practices in the wake of Floyd’s death.

The Supreme Court dodged the issue last year, declining to hear a number of cases and disappointing advocates for limiting protections for police. On the other hand, the court has instructed lower courts to reconsider some other appeals, signaling that the protections don’t cover all circumstances.

In November, the justices sent back to the lower courts a claim from corrections officers who confined a naked prisoner in a cell that was covered “nearly floor to ceiling” in feces. Months later, the court similarly returned to the lower courts for more consideration an immunity claim in the case of a corrections officer who pepper-sprayed an asthmatic inmate without provocation.