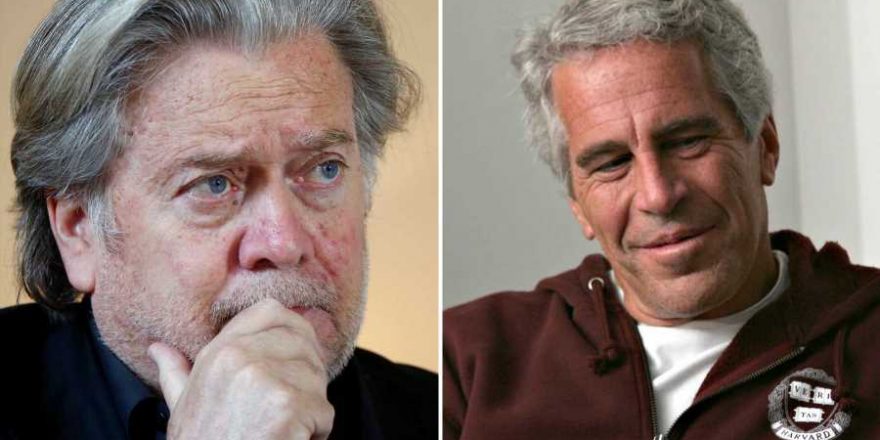 In the run-up to the 2016 presidential campaign, Jeffrey Epstein told associates something they would never forget: He was advising both Republicans and Democrats.

“He would say things like ‘Trump’s people were here this morning. Hillary’s people were here for lunch,’” a former Epstein associate tells Rolling Stone. Epstein “would claim he was impacting the campaign dramatically.”  But he would never name names and these meetings always took place behind closed doors.

Like many things Epstein said, it may have been a wild exaggeration with a kernel of truth. Years earlier, when Epstein’s influence was at its peak, former President Bill Clinton flew multiple times on his private plane and future President Donald Trump famously described him as a “terrific guy.”

How True Is 'Respect'? Fact-Checking the Aretha Franklin Biopic

There’s no evidence that Epstein’s connections to either president had survived the 2008 scandal that branded Epstein a sex offender — with one notable exception: Steve Bannon, the chairman of the Trump campaign and White House strategist, was a frequent visitor to Epstein’s New York mansion.

A former Epstein associate, who spoke to Rolling Stone anonymously for fear of professional reprisal, recalled being introduced to Bannon at Epstein’s Manhattan home. “He was the main person that [Epstein] would brag about to literally everyone. It wasn’t a secret,” this person said. Epstein “loved having this ‘one famous person’ around that he would talk about and introduce to everyone. Almost like [he was] using Bannon to get more people to accept him. That’s my sense.”

Bannon did not respond to several messages left seeking comment. His spokesperson declined to comment on the record.

Although Epstein’s reputation was badly damaged after he spent 13 months in a Florida jail for soliciting sex from a teen, the conviction didn’t stop the flow of wealthy and famous people who flocked to his $77 million Upper East Side Manhattan mansion. Behind the 15-foot oak front doors, Epstein played host to old friends like Wall Street billionaire Leon Black, former Israeli Prime Minister Ehud Barak, and new ones like Steve Bannon.

According to Too Famous, a new book by journalist Michael Wolff, Epstein and Bannon had been introduced in December 2017. The two men had bonded, in part, “out of a shared incredulity about Donald Trump,” Wolff writes. Bannon liked to compare notes with Epstein and “was often astonished by what Epstein knew.”

Why would the media-savvy Bannon run the risk of associating with a sex offender? Two Republican operatives who worked for Bannon offer an explanation. While reporting on MAGA world, and Bannon in particular, merits an extra degree of caution as it often involves unreliable sources with questionable motives, these independent accounts line up and point to an intriguing thesis: Bannon was intrigued by Epstein’s reputed role as middleman for intelligence services in the United States and abroad.

One of the operatives, who spoke anonymously to discuss private conversations, asked Bannon in 2018 about reports that he was spotted entering Epstein’s mansion. Bannon admitted they had met and then said, cryptically, “Have you seen the Turkish currency?” which the employee took to mean that Epstein was somehow involved in the recent collapse of the Turkish lira. “He [Bannon] always insinuated that he was still working with the CIA, even when he was outside the White House, which is completely bullshit,” the former employee said. The Wall Street Journal and New York magazine reported that Epstein claimed to have a currency-trading business that earned tens of millions of dollars.

Charles Johnson, a conservative provocateur, worked with Bannon at Breitbart News, the right-wing website Bannon led for several years, and also got the impression that Bannon’s visits to Epstein involved the intelligence world. Johnson says that Bannon made several visits to Epstein’s New York mansion after he was ousted from the White House in August 2017. “He also offered to introduce me to him at one point,” Johnson tells Rolling Stone. (Johnson declined the offer.) “What I was told about that meeting by people close to Bannon was that he was trying to replace Epstein as a source for information from various intelligence networks. He saw Epstein as a rival or a partner but he wanted what Epstein had.” Johnson, who says he’s now a Biden supporter, said he has been cooperating with law enforcement officials investigating Bannon.

Reports have circulated for years that Epstein had a foothold in the murky world of intelligence. Journalist Vicky Ward reported in Rolling Stone earlier this year that Epstein had dealings in the arms world in the 1980s that led to his work for multiple governments, including the Israelis. Epstein had been introduced to the Israelis by British publisher Robert Maxwell, who had done his own work for Israel. Epstein then began to gather compromising material on influential people, Ward reported.  Before he died, Epstein told James Stewart, a columnist for The New York Times, that he collected dirt on powerful men.

Epstein’s ongoing friendship with Ehud Barak suggest that his high-level relationships with the Israeli leadership were still active. One of the places where Epstein may have been useful was Saudi Arabia. The former Epstein associate tells Rolling Stone that Epstein had close relations with the Saudi government. Saudi Arabia was one of the only places where Epstein would travel by himself – the source says obtaining a visa wasn’t easy and, until recently, Saudi Arabia did not welcome unmarried women. Epstein told the associate in 2018 that the Saudis were willing to pay him, although he was vague about what work he would be doing.  A picture of the Saudi prince, MBS, hung on the wall of Epstein’s home along with photos of Bill Clinton and Woody Allen.

Whatever Bannon’s purpose in meeting with Epstein, a former Trump advisor said she doubted that it involved women. Bannon, in her experience, was respectful to women and she never even heard him comment on a women’s looks. In some ways, the two men had much in common. Both Epstein and Bannon grew up in blue-collar homes and spent time on Wall Street. They were both prodigious collectors of information and gossip and had a knack for befriending wealthy and powerful people and getting them to finance their far-flung endeavors.  “Bannon and Epstein – birds of a feather,” says Roger Stone, Trump’s longtime advisor (who has a longstanding beef with Bannon).

Bannon wasn’t the only member of Trump’s inner circle who knew Epstein, but he was the only one who was willing to risk being seen with Epstein after his 2008 conviction.

Not surprisingly, given the circles they traveled, Donald Trump and Epstein had been good friends for many years. “He’s a lot of fun to be with. It is even said that he likes beautiful women as much as I do, and many of them are on the younger side,” Trump told New York in 2002. The two later had a falling out, reportedly over a Palm Beach mansion they were vying to purchase. After Epstein’s arrest, Trump told the White House press corps he was “not a fan.”

In September, Bannon told The New York Times that he had recorded more than 15 hours of interviews with Epstein, as well as that he encouraged Epstein in to tell his story to “60 Minutes.” Bannon told the newspaper he was making a documentary to illustrate how Epstein’s “perversions and depravity toward young women were part of a life that was systematically supported, encouraged and rewarded by a global establishment that dined off his money and his influence.”

But media reports suggest that Bannon was enjoying sponging off Epstein’s lavish lifestyle. Epstein’s French butler claimed that Bannon stayed at the convicted sex offender’s luxurious Paris apartment in the fall of 2018. “I was even his driver in Paris,” the butler, identified only as Gerard, told franceinfo.  (The former Epstein associate tells Rolling Stone that Epstein loaned his Paris apartment to multiple people as a favor.) The New York Post reported that Bannon was spotted entering Epstein’s New York mansion in September 2018.

Every relationship involves a give and take, and this was no exception. For Epstein, Bannon conferred some legitimacy in a political world that wanted to nothing to do with him.  It was a name Epstein could drop that would show that he was still a player, notwithstanding his sordid past. Epstein proudly showed off his new friend, inviting James Stewart, the New York Times columnist, to dinner with Bannon. (Stewart declined and Bannon says he didn’t attend.) Bannon phoned in to a discussion on how to rehabilitate Epstein’s image with Ehud Barak and attorney Reid Weingarten, according to Michael Wolff.

Epstein also introduced Bannon to his patron Leon Black, the Wall Street billionaire who helped finance Epstein’s lifestyle and was a frequent guest at Epstein’s mansion. Epstein’s former associate tells Rolling Stone that Black met Bannon over breakfast at Epstein’s mansion. (Black’s spokesman disputed this, calling reports of such a meeting “completely inaccurate” and declining further comment.)  However, in his 2018 testimony to the Senate intelligence committee in its voluminous investigation of Russian election interference, Black said that he and Bannon shared a “common friend” who had introduced them over breakfast.

Black, a founder of the private equity giant, Apollo Global Management, has since joined the list of people who have paid a severe reputational cost for associating with Epstein. Black left Apollo Global after an investigation by the law firm Dechert revealed that he had paid Epstein a whopping $158 million between 2012 and 2017 for financial advice. In a phrase that underscored Black’s flawed judgement, the Dechert report notes that “Black viewed Epstein as a confirmed bachelor with eclectic tastes, who often employed attractive women.”

Black had known Epstein since the 1990s, when Epstein was still partying with Trump and Black flew to Moscow to do a real estate deal with the future president. After Epstein’s arrest, Black told investors that he had made a “terrible mistake” when he decided to give him a second chance.

Others who paid a similar price include Microsoft founder Bill Gates, whose friendship with Epstein reportedly played a role in the collapse of his marriage. Britain’s Prince Andrew stepped back from public life after he faced questions about why he visited Epstein after his 2008 conviction. Even those who associations were more fleeting have paid a price for having their names linked time with Epstein.

As for Bannon, arrested last year (and later pardoned) for defrauding donors out of $1 million and now facing contempt charges for stonewalling an investigation into his role in the January 6th insurrection, his relationship with Epstein lines up with everything we know about his character and record.

In recent years, Bannon has become a close to Guo Wengui, a fugitive Chinese billionaire living in New York who has been locked in a dispute with his homeland. Guo has accused Chinese communist party officials of corruption; China has accused him of bribery, fraud and blackmail. At the same time, Guo has been accused by one of his former business partners and a Chinese media star of, among other things, sexual blackmail. According to a lawsuit filed in New York and reports in Toronto’s Globe and Mail newspaper, Guo allegedly used prostitutes and hidden cameras to compromise powerful figures as a means of power and control. A message sent to Guo’s representative seeking comment was not returned.

Just as he helped elevate Epstein’s status, Bannon has attempted to legitimize Guo. He has served on the boards of companies and nonprofits linked to Guo, some of which are reportedly under federal investigation. He had been living on Guo’s yacht when he was arrested last year for defrauding donors to a group trying to build Trump’s border wall.

Billionaires with scandal and nasty allegations swirling around them seem to be the company Bannon likes to keep.