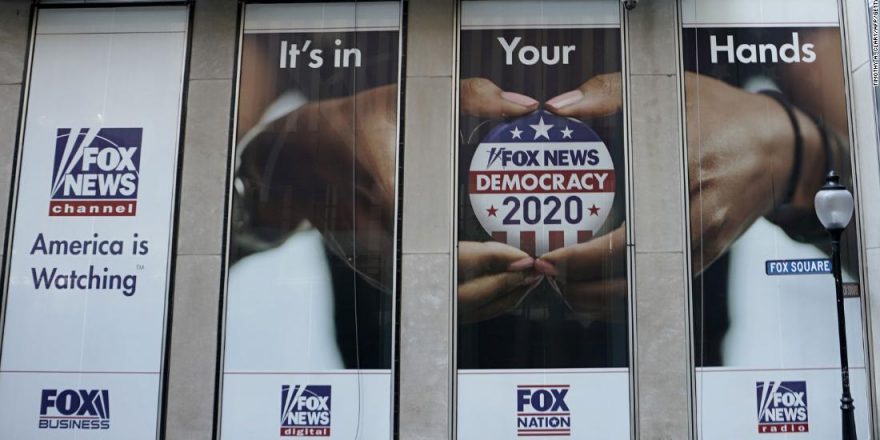 New York (CNN Business)A sick brew of misinformation and hate, cooked up for years by pro-Trump media and enabled by Big Tech, culminated last Wednesday in the siege of the US Capitol, the symbol of American democracy.

“The more research I did this week, the more I realized that Fox News shows and Facebook groups are just part of the pro-Trump Fantasyland,” said CNN Chief Media Correspondent Brian Stelter on “Reliable Sources” Sunday. “There’s a lot of blame to go around.”
Stelter said Big Tech and conservative media hosted and repeated President Donald Trump’s lies that led to the siege. Trump egged on the rioters with an election fraud message that was disseminated on right-wing media and social media platforms. Those messages soon were spread to the deepest, ugliest layers of the internet, from InfoWars to 8chan message boards.
“People say Donald Trump plus the Internet brings out the extremists,” CNN correspondent Elle Reeve told Stelter Saturday. “But I think the reality is an inversion of that: that Donald Trump plus the Internet brings extremism to the masses,” Reeve said.
Ahead of Wednesday’s events, Trump supporters virtually gathered on various social media platforms, including Twitter, TikTok and Parler, the now-banned social media platform popular with conservatives. Many called for violence.

In recent weeks, Amazon Web Services has reported 98 examples of Parler posts that encouraged and incited violence, according to a letter obtained by CNN Business. Amazon, Apple and Google banned Parler for its lack of ability — or desire — to moderate the hateful, violent speech on the platform. But that kind of insidious speech remains on Google’s YouTube, Facebook, Twitter and many other mainstream social media networks.
Despite some efforts to rein in the most hate- and violence-inciting parts of their networks, including banning Trump from Facebook and Twitter last week, Big Tech has largely failed or has been unwilling to get a hold of the worst aspects of social media. The siege of the Capitol was planned on those platforms.
“Facebook’s own research showed that two thirds of the time a user joined an extremist group on Facebook, it’s because Facebook’s own algorithm recommended it,” Adam Sharp, Former Head of News, Government, and Elections at Twitter, said.
Sharp had a change of heart when it comes to kicking the president off of Twitter.
“I didn’t think that Twitter or any private company should be whitewashing the record of this president,” he said. “[But] the president’s violations of the law and of Twitter’s policies when it comes to threatening Congress are so flagrant because he is the president and because he crossed that very specific constitutional line.”

Right-wing media’s role in the violence

The Capitol riots were caused by Trump-enabling politicians and media, who have for years ignored warnings that something like this would inevitably happen, CNN’s Jake Tapper tweeted on Thursday.
“The disturbing scenes that played out on natiopnal television Wednesday were a natural consequence of the lies and conspiracy theories about the presidential election that have for weeks now been fed to Trump’s supporters,” CNN Business’ Senior Media Reporter Oliver Darcy wrote.
Some right-wing personalities are distancing themselves from Trump after the attack on the Capitol. That’s a step in the right direction, and one that other conservative media hosts must take to prevent future incidents like the Capitol riots from taking place, said Julie Roginsky, Democratic strategist and former Fox News Contributor, on “Reliable Sources.”
“Fox News can stop this,” Roginsky said. “They can stop this by putting truth to power.” She added, “I suspect that the Murdochs know that [Trump is] unhinged.”
But if there is any self-reflection happening at Fox, Newsmax, OAN and other right-wing media outlets, it isn’t universal.
Some conservative media outlets are still spewing misinformation about the election. Some personalities have falsely claimed on air and on social media that left-wing Antifa groups were responsible for the violence on Wednesday — claims belied by videos of the attack and arrests of Trump-supporting insurrectionists.
“There’s always bad actors that will infiltrate large crowds,” Hannity said on his show Wednesday night, following the Capitol siege.
And Fox’s Tucker Carlson was quick to say the violent acts had nothing to do with racism, despite police putting up little resistance to the largely White crowd. Police have been comparatively much more forceful against Black protesters in recent months.
“Whatever you thought about what happened yesterday, what was racist about it? Nothing, of course. There was nothing racist about it,” he said on his show.
By the weekend, conversations on Fox shifted to Twitter’s decision to ban Trump.
“Trump’s cheering section in the right-wing media is desperately trying to downplay Wednesday’s crimes,” Stelter said. “They are trying to move on and stuff it down the memory hole. They would rather complain about Twitter.”
Source: Read Full Article