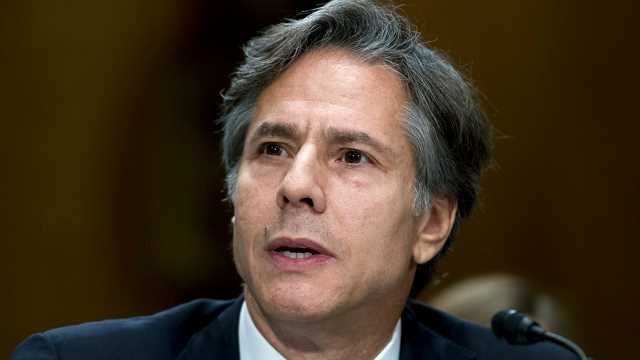 Secretary of State Antony Blinken on Friday announced he is removing Yemen’s Houthi rebels from the U.S.’s list of foreign terrorist organizations next week, despite a recent attack on Saudi Arabia.

The Iran-aligned rebel group hit a Saudi airport with a drone strike in retaliation for the country’s involvement in Yemen’s six-year civil war, which has resulted in the world’s largest humanitarian crisis.

Saudi Arabia backed the Yemen government in 2015, propagating a proxy war between the Arab nation and Iran.

Blinken’s decision is a reversal of an 11th-hour order by Donald Trump, enacted the day before he left office on Jan. 19 in an attempt to cut off any support or weapons funding to the Iran-backed group – but which humanitarian organizations said could worsen the crisis in Yemen.

“This decision is a recognition of the dire humanitarian situation in Yemen,” Blinken said Friday. “We have listened to warnings from the United Nations, humanitarian groups, and bipartisan members of Congress, among others, that the designations could have a devastating impact on Yemenis’ access to basic commodities like food and fuel.”

Blinken said U.S. security officials are “clear-eyed” about aggressive Houthi actions, which have included “taking control of large areas of Yemen by force, attacking U.S. partners in the Gulf, [and] kidnapping and torturing citizens of the United States,” along with other malign activities, like diverting humanitarian aid.

Former Secretary of State Mike Pompeo condemned the U.S. decision to revoke the terrorist designation, calling it “a gift to the Iranians,” and said it “will allow the Houthis to continue to foment terror around the world.”

But while Blinken promised to continue to support U.S. allies in the Gulf, Biden has said he would be ending all military aid for Saudi Arabia.

“This war has to end, and to underscore our commitment we are ending all American support for offensive operations in the war in Yemen, including relevant arm sales,” Biden said in an address from the State Department in early February.

The United Nations has estimated some 24 million people — 80 percent of Yemen’s population — are in need of humanitarian assistance.

Blinken said the U.S. acknowledges that Houthi aggression continues to “prolong this conflict and exact serious humanitarian costs.” But added the U.S. and the United Nations hold the “strong belief that there is no military solution to this conflict.”