Progressive Rep. Jamaal Bowman Monday refused to rule out voting against the bipartisan infrastructure bill if Sen. Joe Manchin doesn't budge on his demand that Democrats' reconciliation bill cost $1.5 trillion or less – not even half the current $3.5 trillion price tag.

"We'll see when we get there," Bowman, D-N.Y., said on MSNBC when pressed about whether he would vote against a bill that costs significantly less than the $3.5 trillion number many left-leaning Democrats have said is their floor.

"But we still have several weeks, weeks of negotiation to make sure we are all on the same page before it's time to vote," Bowman added.

The comment from Bowman is similar to statements by many House progressives and "Squad" members in recent weeks that they'll vote against infrastructure if reconciliation doesn't pass. And progressives have been vocal that they want a $3.5 trillion topline number on the reconciliation bill. 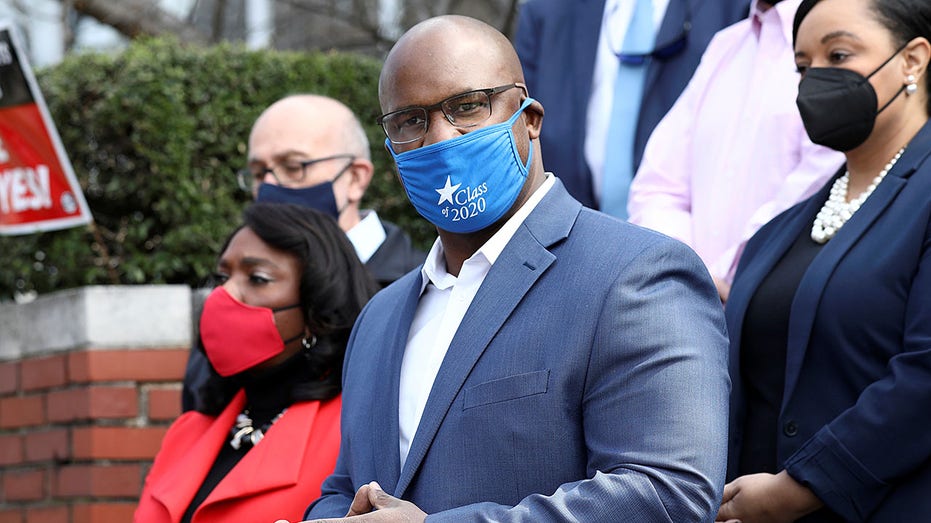 But Bowman is among the first to be asked about what he would do on infrastructure if the reconciliation is downsized to placate moderates like Manchin, D-W.Va.

This is slightly different than other recent threats from progressives conditioning their votes for infrastructure on the passage of reconciliation without explicitly mentioning the price.

And Bowman's comment – days after Manchin's $1.5 trillion price demand became public – indicates progressives may be willing to sink one of President Biden's biggest priorities if they don't get their way on reconciliation.

Bowman, however, did emphasize Monday that Democrats are still talking amongst themselves and expressed optimism they could come to a compromise.

"We still have a couple of weeks to get this worked out.," Bowman said on MSNBC. "It's important for the American people to know that this is the Democratic agenda in terms of Democratic leadership. President Biden is on board. Speaker Pelosi is on board. Senator Schumer is on board."

Bowman added: "Right now we are working out the offsets or the pay-fors so that when we get to the point where we have to vote, we all vote in the right direction and in unison."

But, Bowman said on MSNBC, Manchin and other moderates should understand the "sense of urgency" to pass this bill because "people are dying every day." 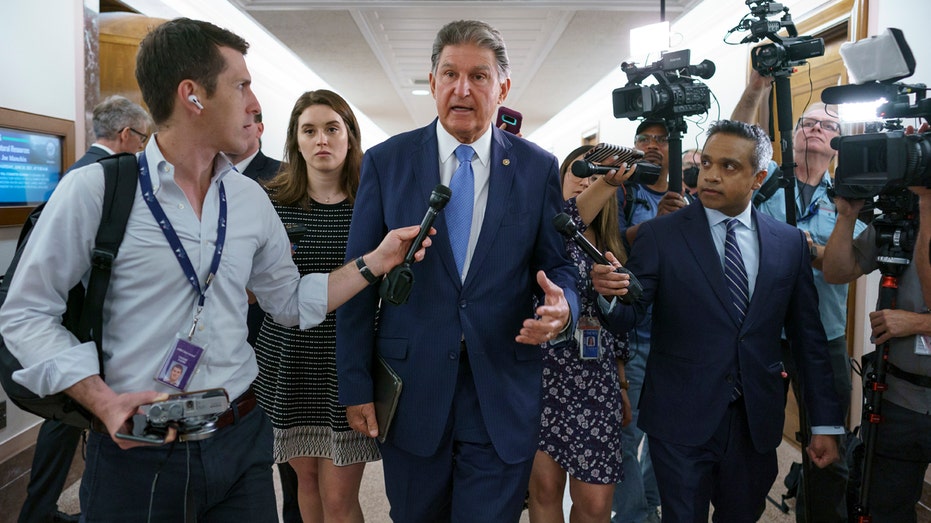 Sen. Joe Manchin, D-W.Va., chairman of the Senate Energy and Natural Resources Committee, talks to reporters as he arrives for a hearing Wednesday, June 23, 2021. Manchin is far apart from progressive Democrats on how much should be spent on Democrat (AP)

Manchin, meanwhile, accused progressives of "holding one [bill] hostage over the other" and argued the bipartisan infrastructure bill is the legislation that is actually urgent during an interview with ABC's "This Week" Sunday.

The gulf between moderates like Manchin underscores the difficult balancing act Democratic leaders face as they attempt to pass both infrastructure and reconciliation. They can't lose any Democratic votes in the Senate and can only survive three defections in the House without gaining any GOP votes.

Rep. Brian Fitzpatrick, R-Pa., told Fox News last month that he believes there are enough GOP votes for the infrastructure bill to offset any progressive defections over the $3.5 trillion spending plan. But it's not clear exactly what the basis for that claim is.

A senior Democratic aide told Fox News that "dozens" of Democrats would vote against infrastructure if it was voted on without the reconciliation bill.

No Republicans are expected to support reconciliation, however. That means just a handful of discontented moderates could block that bill in the House or a single moderate – like Manchin or Sen. Kyrsten Sinema, D-Ariz. – in the Senate.

The legislative battle is expected to come to a head in coming weeks as committees face a leadership-imposed deadline to finish their parts of the reconciliation bill this week and the tentative deadline to vote on infrastructure is later this month.