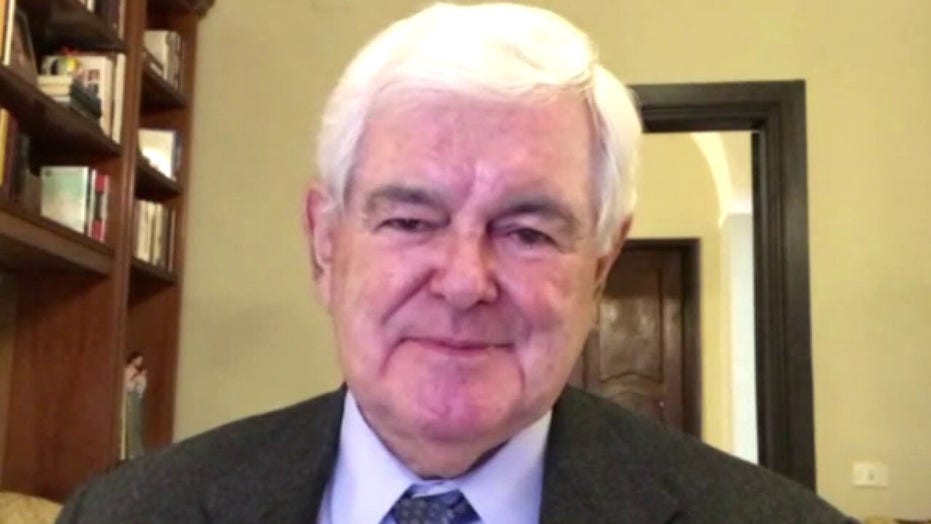 The former speaker of the House and author of "Trump and the American Future" said Sen. Ted Cruz, R-Texas, summed up "perfectly" what Democrats in the Senate Judiciary Committee were doing, saying "they don't have anything that's useful that they can say."

Democrats attacked Trump, worried about ObamaCare, abortion, but didn't attack Barrett, Gingrich said. "If you look at what they did to other conservative nominees, it is astonishing how little they went after her," he noted.

Gingrich said he believes Democrats are "trapped" because Barrett is an attractive woman who has achieved "almost a miracle" by raising seven children and being an appeals court judge.

After Republicans maintained control of the Senate following the 2018 midterm elections, Gingrich argued, Democrats have learned the lesson that "if you're nasty, you hurt yourself." And this case, he added, "it's doubly true if you're really nasty to a woman."

On Tuesday, each senator in the committee will take turns to grill Barrett over issues related to her background, past judicial decisions, overall judicial philosophy, hot-button legal issues such as abortion or health care, or the man who nominated her, Trump.

Gingrich said Democrats will try to appear "dignified" by questioning Barrett on an intellectual level, but even then, he argued, "she is probably smarter than you. You look at her track record and that's the point that Ted Cruz made. None of us graduated first. I think if she has to, she'll more than hold her own."

In the second day of hearings, Gingrich said Democrats show they are trained to say certain keywords over and over again.

"They're trying to set up the emotion of I'm trying to defend people back home and here's this nominee by the Republicans. If they could get away with it, they'd never mention her name," he concludes. "She'd just be sort of the Trump nominee. But, of course, they do mention her name and that's why I suspect they're losing ground every day."